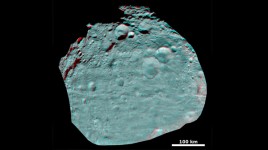 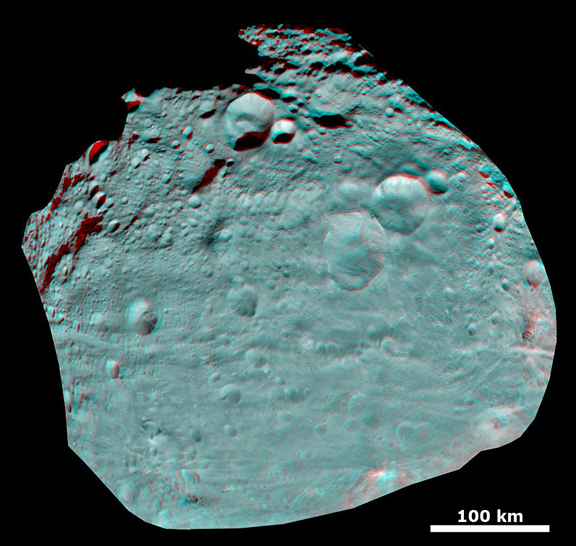 This anaglyph image of Vesta’s equator was put together from two clear filter images, taken on July 24, 2011 by the framing camera instrument aboard NASA’s Dawn spacecraft. The anaglyph image shows hills, troughs, ridges and steep craters. The framing camera has a resolution of about 524 yards (480 meters) per pixel. Use red-green (or red-blue) glasses to view in 3-D (left eye: red; right eye: green [or blue]). 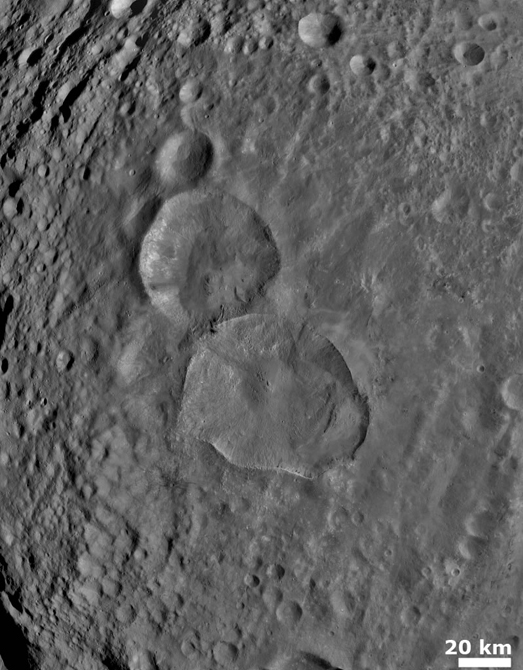 The Dawn mission to Vesta and Ceres is managed by the Jet Propulsion Laboratory, for NASA’s Science Mission Directorate, Washington, D.C. It is a project of the Discovery Program managed by NASA’s Marshall Space Flight Center, Huntsville, Ala. UCLA, is responsible for overall Dawn mission science. Orbital Sciences Corporation of Dulles, Va., designed and built the Dawn spacecraft.

The framing cameras were developed and built under the leadership of the Max Planck Institute for Solar System Research, Katlenburg-Lindau, Germany, with significant contributions by the German Aerospace Center (DLR) Institute of Planetary Research, Berlin, and in coordination with the Institute of Computer and Communication Network Engineering, Braunschweig. The framing camera project is funded by NASA, the Max Planck Society and DLR. JPL is a division of the California Institute of Technology, in Pasadena.

More information about Dawn is online at https://www.nasa.gov/dawn.