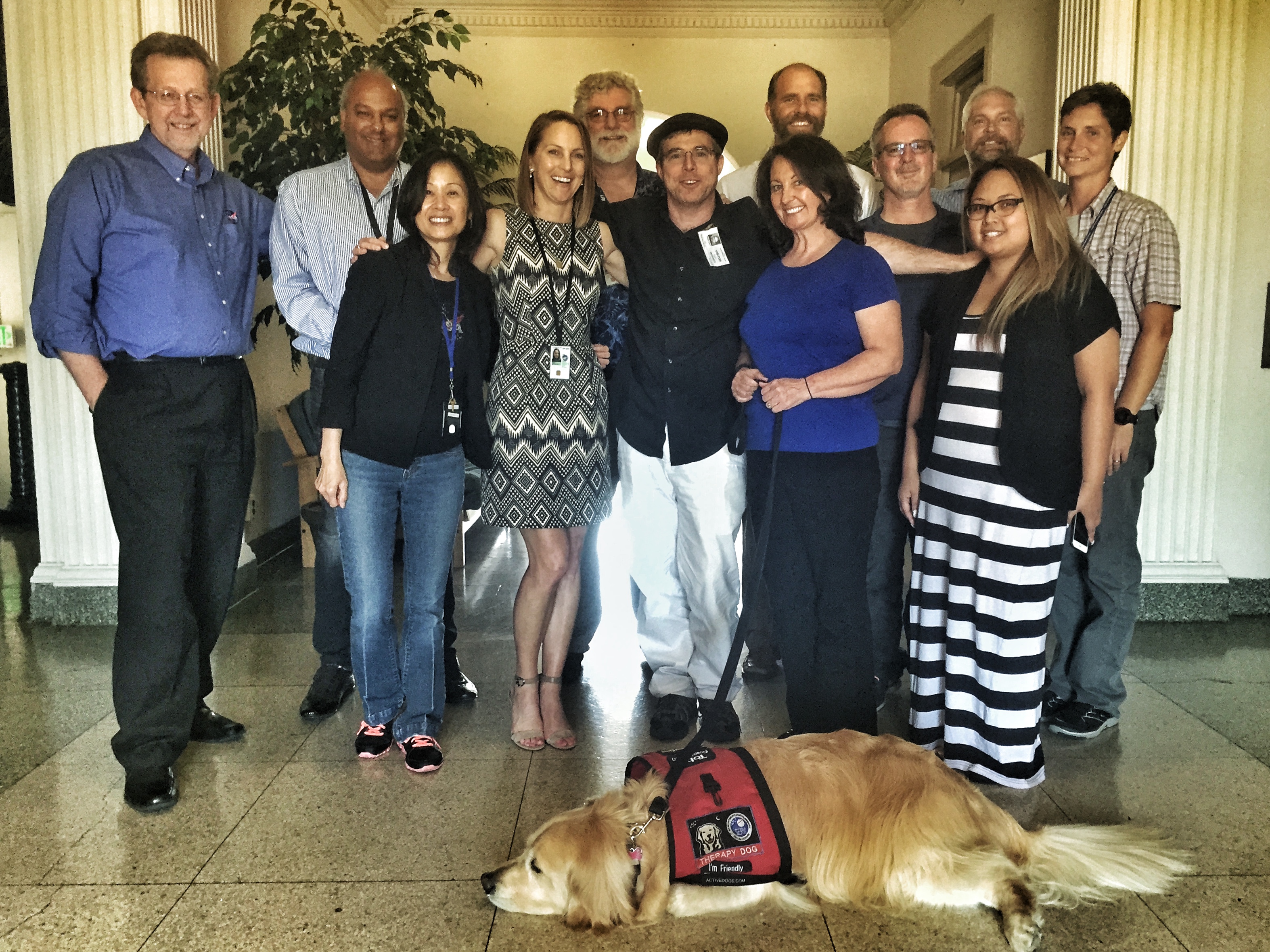 Andy Weir is the author of “The Martian,” a novel about a mission to Mars, a freak accident, and one man’s struggle to survive. Andy Weir communicates in his novel a quest for survival– a thought experiment in innovation and ingenuity. Weil visited Ames to give a Summer Series Colloquium talk titled “The Martian: How Science Drove the Plot,” and talked about how science fiction stories inspire us to dream big and imagine the impossible while leaving us with blueprints for the future and cautionary tales. Classic works of science fiction imbed into the mind of society suggesting new and creative ideas to invent the future. Science inspires science fiction, and NASA makes science fiction a reality. NASA’s Journey to Mars sets a goal beyond anything humanity has ever reached. With this monumental vision, NASA outlines the parameters needed for survival. We put ourselves into the spacesuit of a Martian explorer and design what they need. Weir described how science drove the plot of The Martian, and illuminated the connectivity between science fiction and science fact.

Science-fiction authors have to put extra effort into avoiding the sci-fi “uncanny valley.” Readers accept, without question, high fiction concepts like faster-than-light travel, telepathy, aliens, etc. But if a story shows people walking around on Mars without spacesuits, that’s too much for readers to bear. Huge violations of physics are okay, but small ones ruin the story. “The Martian” is a technically accurate sci-fi, so tons of research and constant double-checking of math had to be done. Anything else would have been ruinous to the reader’s suspension of disbelief. Along the way, the math revealed plot points that would have otherwise never happened. It exposed flaws in the protagonist’s plans, leading to a much more interesting story than if real-world physics and math had been hand-waved away.

After the colloquium Andy stopped by SSERVI Central to talk with Jim Green, Director of Planetary Science in NASA’s Science Mission Directorate, and representatives from the Ames Mars’ Climate Modeling Center, in a fun and lively conversation about his book. Jeff Hollingsworth and Melinda Kahre gave a presentation on Mars climatology, and verified that several details in the book related to dust storms on Mars were in fact scientifically accurate.

Brian Day demonstrated the new Mars Trek website that has just been released by SSERVI’s LMMP Development Team at JPL. He used Mars Trek to follow the path of the main character in the Martian with high-resolution visualizations of NASA data. As a former software engineer, Andy especially enjoyed an under-the-hood discussion of Mars Trek with Development Lead Emily Law and Senior Engineer Shan Malhotra.

Biography:
Andy Weir was first hired as a programmer for a national laboratory at age 15 and has been working as a software engineer ever since. He also is a lifelong space nerd and a devoted hobbyist of subjects like relativistic physics, orbital mechanics, and the history of manned spaceflight. The Martian is his first novel.