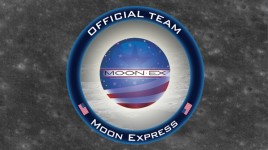 CrowdOptic to Enhance Launch and Tracking of Lunar Lander

Moon Express Inc., a privately funded lunar transportation and data services company, and CrowdOptic, a revolutionary new technology that places text “captions” on objects in real time while they’re in motion, today announced that Moon Express has deployed CrowdOptic to enhance the launch and tracking of its lunar lander technology tests carried on the Airship Eureka.

The CrowdOptic application, currently available on the iPhone, will allow spectators at the live launches of Moon Express Moon missions to view the ascent of the rocket through their camera viewer along with descriptive captions describing the ascent in progress, captions such as “Moon Express Launch at altitude 500 meters.” The captions will update in real time as the rocket blazes upward and photos taken of the rocket will include the captions, enhancing their value for sharing with friends and posting to online social networks.

“We are pleased that live spectators at our launch will be able to experience a (rocket) launch in this new way, visually enhanced by technology that provides every spectator with the same up-to-the-moment status updates that we see through our own communications equipment,” said Dr. Robert Richards, CEO at Moon Express. “With CrowdOptic, every spectator can receive a picture of our rocket the moment it breaks a launch milestone.”

“I cannot think of a more spectacular venue to debut our technology than this one, in support of a team that is quite literally shooting for the Moon,” said Jon Fisher, CEO of CrowdOptic. “It is a privilege to work with the MoonEx team, to help advance this important development in commercial space.” Moon Express is utilizing the Eureka Airship, owned and operated by Airship Ventures, Inc., to test a new mini-radar system that is essential to the company’s mission to build and launch spacecraft capable of completing explorations on the Moon.

At the first successful Airship launch of the mini-radar system completed April 9, 2011, CrowdOptic successfully tracked and tagged the airship with altitude information during the live launch, performing the feat from the spectator gallery on the tarmac of Moffett Field, part of the NASA Ames Research Center, without prior integration with Moon Express systems, purely through its own proprietary software on native cell phone platforms. “We demonstrated today that our software can track and tag any moving object and can be set up virtually on the fly,” said Fisher.

CrowdOptic is a geo-location and events-based photo sharing company.

CrowdOptic is developing useful and innovative ways for people to connect and engage with events. Our proprietary technology enables people watching an event to simply point their smartphone at a moving object and have information broadcast back to them, thereby enhancing the experience.

Moving objects such as sailboats, baseball players and race cars are tracked in real time and tagged with relevant, real-time information. This information travels with the photo as it is shared across social networks. What is that sailboat’s speed and heading? What is that baseball player’s on-base and slugging percentages? Point your phone and find out. Take a picture and share.

CrowdOptic is a privately-held company based in San Francisco, CA, and co-founded by entrepreneur Jon Fisher. For more information, visit www.crowdoptic.com.