An Atlas V rocket lifts off at Cape Canaveral Air Force Station’s Space Launch Complex 41.The mission is to send NASA’s Origins, Spectral Interpretation, Resource Identification, Security-Regolith Explorer, or OSIRIS-REx spacecraft. This will be the first U.S. mission to sample an asteroid, retrieve at least two ounces of surface material and return it to Earth for study.

NASA launched its first mission to return a sample of an asteroid to Earth. The mission will help scientists investigate how planets formed and how life began, as well as improve our understanding of asteroids that could impact Earth. 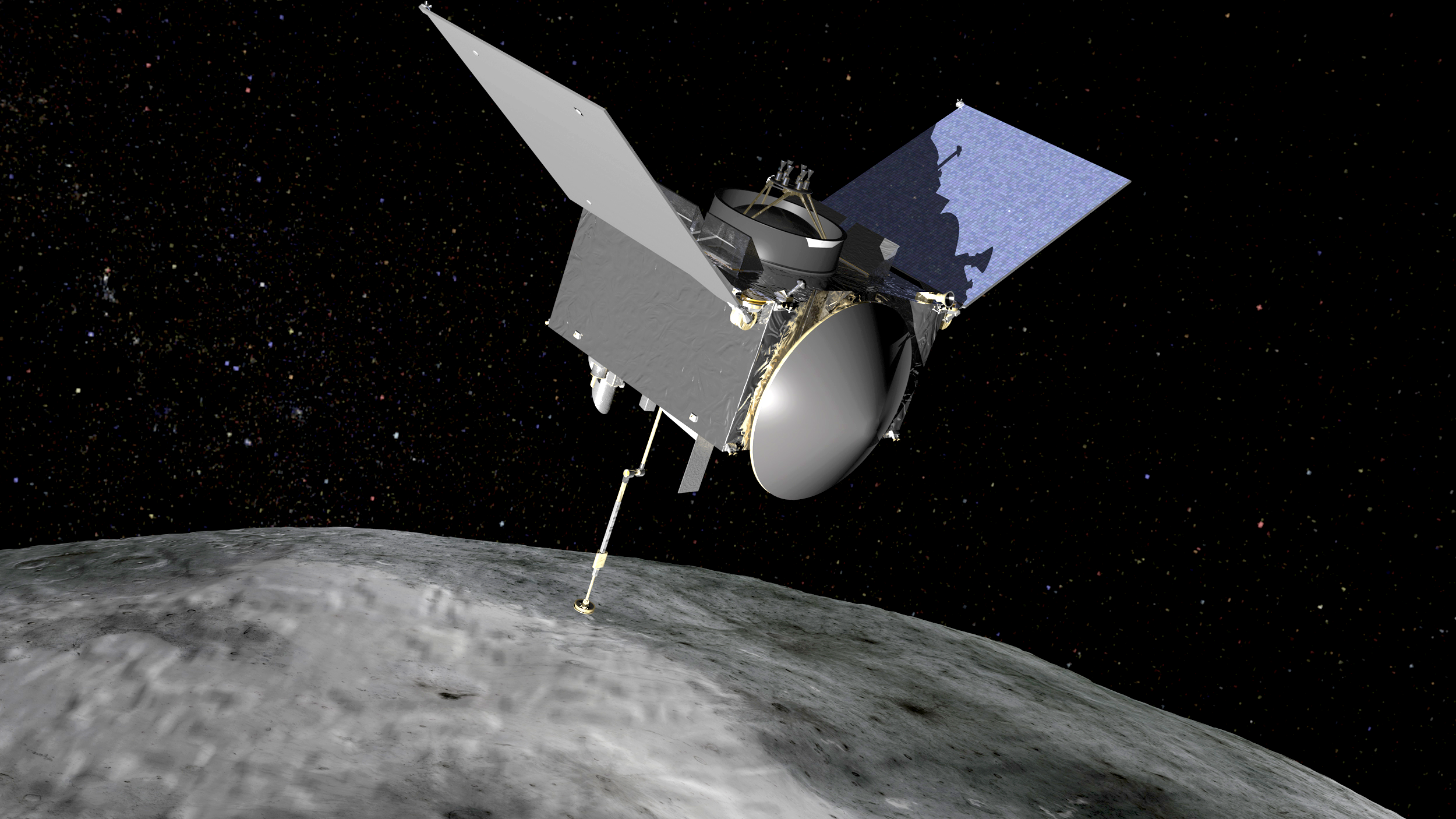 The Origins, Spectral Interpretation, Resource Identification, Security-Regolith Explorer (OSIRIS-REx) spacecraft will travel to the near-Earth asteroid Bennu and bring a sample back to Earth for intensive study. It launched Thursday, Sept. 8 from Cape Canaveral Air Force Station in Florida.

“This mission exemplifies our nation’s quest to boldly go and study our solar system and beyond to better understand the universe and our place in it,” said Geoff Yoder, acting associate administrator for the agency’s Science Mission Directorate in Washington. “NASA science is the greatest engine of scientific discovery on the planet and OSIRIS-REx embodies our directorate’s goal to innovate, explore, discover, and inspire.”

The 4,650-pound (2,110-kilogram) fully-fueled spacecraft launched aboard an Atlas V 411 rocket and reach its asteroid target in 2018. After a careful survey of Bennu to characterize the asteroid and locate the most promising sample sites, OSIRIS-REx will collect between 2 and 70 ounces (about 60 to 2,000 grams) of surface material with its robotic arm and return the sample to Earth via a detachable capsule in 2023.

“The launch of OSIRIS-REx is the beginning a seven-year journey to return pristine samples from asteroid Bennu,” said OSIRIS-REx Principal Investigator Dante Lauretta of the University of Arizona, Tucson. “The team has built an amazing spacecraft, and we are well-equipped to investigate Bennu and return with our scientific treasure.”

OSIRIS-REx Camera Suite (OCAMS) – A system consisting of three cameras provided by the University of Arizona, Tucson, will observe Bennu and provide global imaging, sample site imaging, and will witness the sampling event.

OSIRIS-REx Laser Altimeter (OLA) – A scanning LIDAR (Light Detection and Ranging) contributed by the Canadian Space Agency will be used to measure the distance between the spacecraft and Bennu’s surface, and will map the shape of the asteroid.

OSIRIS-REx Thermal Emission Spectrometer (OTES) – An instrument provided by Arizona State University in Tempe that will investigate mineral abundances and provide temperature information with observations in the thermal infrared spectrum.

Regolith X-ray Imaging Spectrometer (REXIS) – A student experiment provided by the Massachusetts Institute of Technology (MIT) and Harvard University in Cambridge, which will observe the X-ray spectrum to identify chemical elements on Bennu’s surface and their abundances.

Additionally, the spacecraft has two systems that will enable the sample collection and return:

OSIRIS-REx Sample Return Capsule (SRC) – A capsule with a heat shield and parachutes in which the spacecraft will return the asteroid sample to Earth, provided by Lockheed Martin.

“Our launch was the culmination of a tremendous amount of effort from an extremely dedicated team of scientists, engineers, technicians, finance and support personnel,” said OSIRIS-REx Project Manager Mike Donnelly at Goddard. “I’m incredibly proud of this team and look forward to following the mission’s journey to Bennu and back.”