Phobos, the closest moon of Mars, is bombarded by positively charged ions coming not only from the solar wind, but also directly from the atmosphere of the red planet.

Using data from the NASA Mars Atmosphere and Volatile Evolution (MAVEN) mission, scientists analyzed the flow of ions impacting Phobos over long periods of time and found that ions escaping the atmosphere of Mars significantly alter the surface of Phobos, particularly when the moon is located on the Martian night side.

This is the first time that the unique link between planetary atmospheric escape at Mars and the surface processing of its moon has been studied using in-situ measurements.

Phobos is the only moon now known to be significantly altered by its host planet’s atmosphere– a situation unique in the Solar System, but which may occur often around exoplanets orbiting close to their stars.

These results are important to not only understand the current and past release of Phobos material into space, but as the only explorable groundtruth, future explorers will be able to use Phobos to study the ion sputtering of other airless body surfaces (e.g. the atmospheres of hot Jupiter exoplanets “leaking” on their moons). 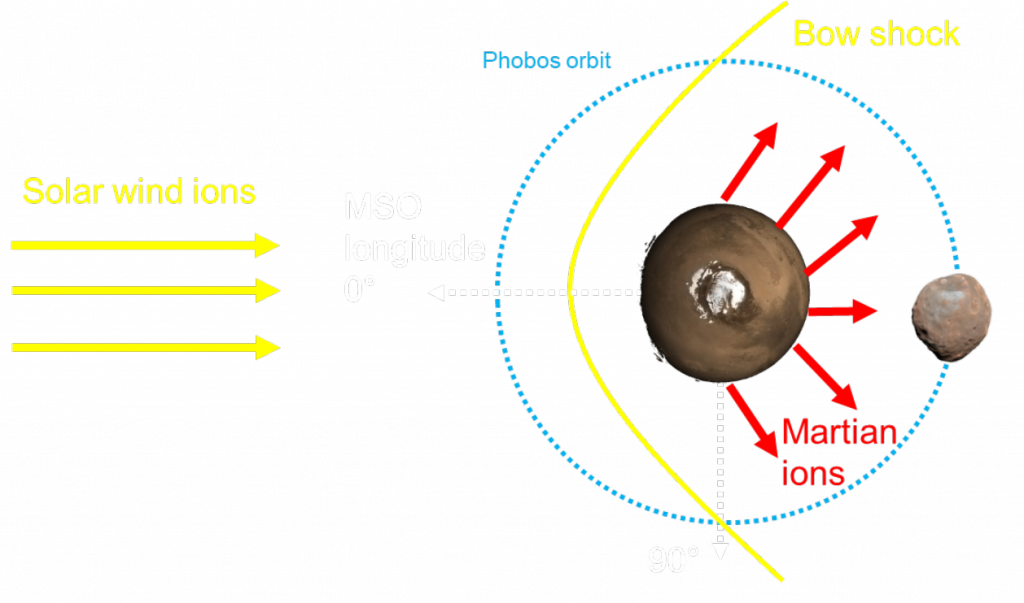 Phobos is bombarded by protons and alpha particles from the solar wind and by Martian atomic and molecular oxygen ions. 4 years of ion observations from MAVEN at the orbit of Phobos show that Martian ions O+ and O2+ significantly sputter the surface of the moon. 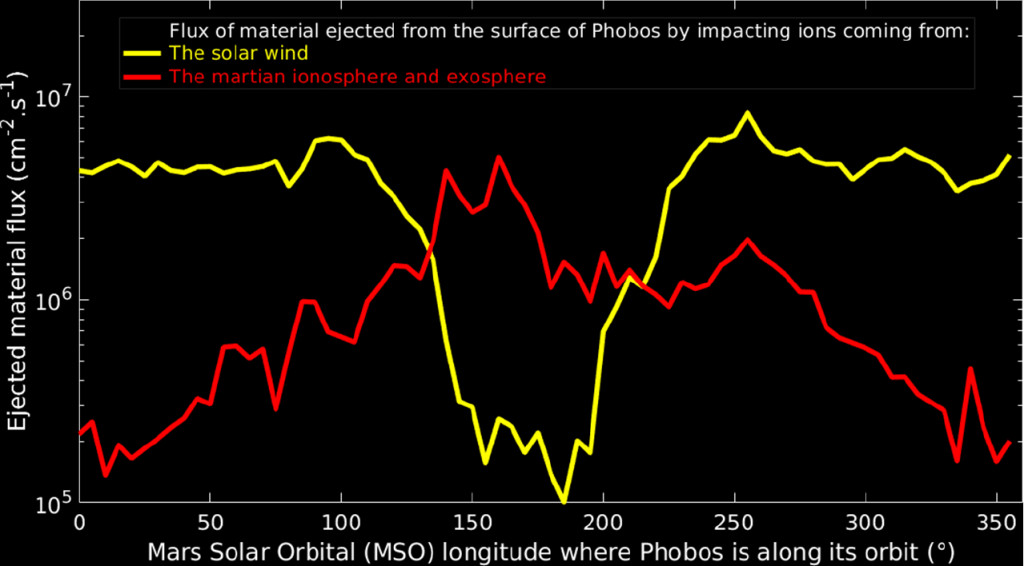