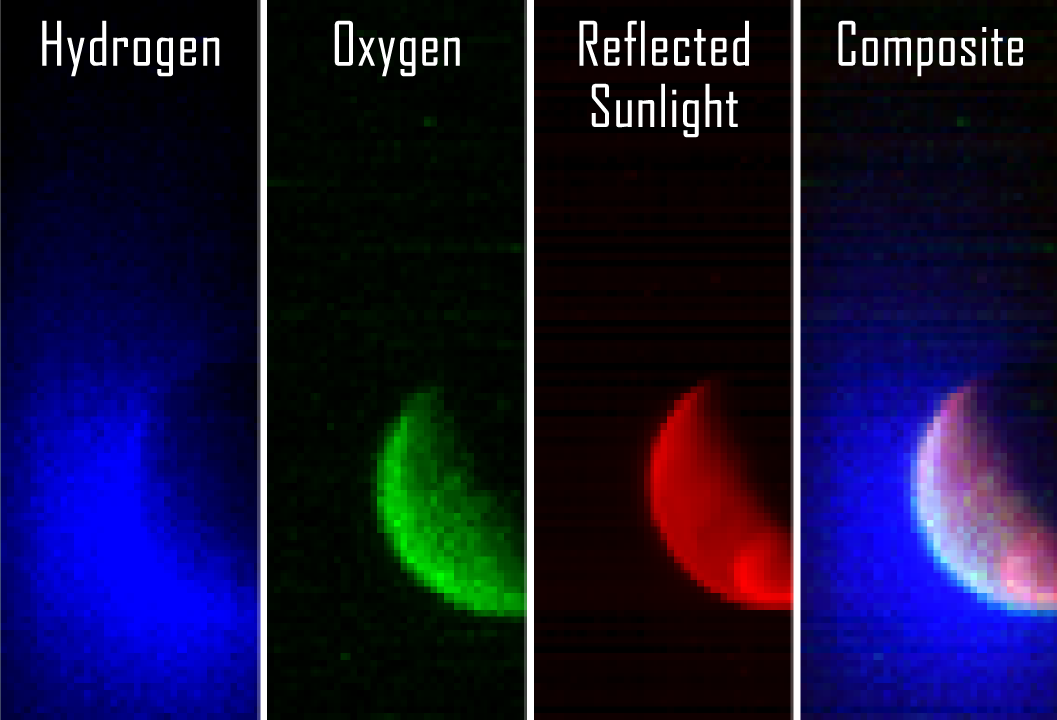 The Imaging Ultraviolet Spectrograph (IUVS) instrument obtained these false-color images eight hours after the successful completion of Mars orbit insertion by the spacecraft at 10:24 p.m. EDT Sunday, Sept. 21, after a 10-month journey.

The oxygen gas is held close to the planet by Mars’ gravity, while lighter hydrogen gas is present to higher altitudes and extends past the edges of the image. These gases derive from the breakdown of water and carbon dioxide in Mars’ atmosphere. Over the course of its one-Earth-year primary science mission, MAVEN observations like these will be used to determine the loss rate of hydrogen and oxygen from the Martian atmosphere. These observations will allow us to determine the amount of water that has escaped from the planet over time.

MAVEN is the first spacecraft dedicated to exploring the tenuous upper atmosphere of Mars.