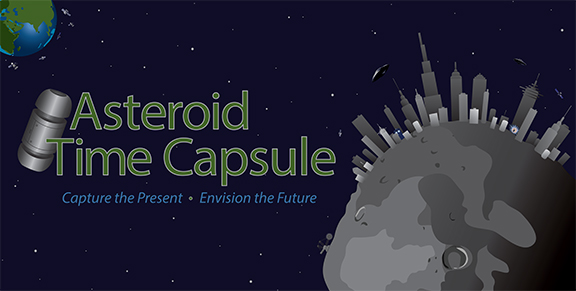 NASA is inviting the worldwide public to submit short messages and images on social media that could be placed in a time capsule aboard a spacecraft launching to an asteroid in 2016.

Called the Origins-Spectral Interpretation-Resource Identification-Security-Regolith Explorer (OSIRIS-REx), the spacecraft will rendezvous with the asteroid Bennu in 2019, collect a sample and return the cache in a capsule to Earth in 2023 for detailed study. The robotic mission will spend more than two years at the 1,760-foot (500-meter)-wide asteroid and return a minimum of 2 ounces (60 grams) of its surface material.

Topics for submissions by the public should be about solar system exploration in 2014 and predictions for space exploration activities in 2023. The mission team will choose 50 tweets and 50 images to be placed in the capsule. Messages can be submitted Sept. 2 – 30. 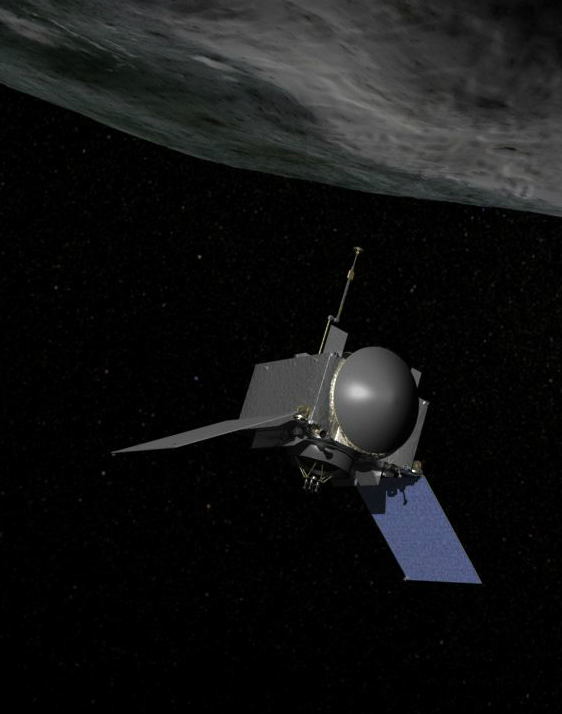 This is an artist’s concept of NASA’s OSIRIS-REx spacecraft preparing to take a sample from asteroid Bennu. Image Credit: NASA/Goddard

“Our progress in space exploration has been nothing short of amazing,” says Dante Lauretta, OSIRIS-REx principal investigator at the University of Arizona, Tucson. “I look forward to the public taking their best guess at what the next 10 years holds and then comparing their predictions with actual missions in development in 2023.”

This event is the second of NASA’s efforts to engage space enthusiasts around the world in the OSIRIS-REx mission, following the agency’s January invitation to participate in Messages to Bennu, which asked the public to submit their names to be etched on a microchip aboard the spacecraft.

“It is exciting to think that some people may formulate predictions then have the chance to help make their prediction a reality over the next decade,” said Jason Dworkin, OSIRIS-REx project scientist at NASA’s Goddard Space Flight Center in Greenbelt, Maryland.

When the sample return capsule returns to Earth in 2023 with the asteroid material, the mission team will open the time capsule to view the messages and images, at which time the selected submissions will be posted online at:

“OSIRIS-REx has to take many years to perform a complex asteroid sample return,” said Bruce Betts, the director of science and technology at The Planetary Society in Pasadena, California, a public outreach partner on the asteroid mission. “A time capsule capitalizes on the long duration of the mission to engage the public in thinking about space exploration — where are we now, and where will we be.”

The OSIRIS-REx mission is focused on finding answers to basic questions about the composition of the very early solar system and the source of organic materials and water that made life possible on Earth. The mission also will contribute to NASA’s Asteroid Redirect Mission (ARM) and support the agency’s efforts to understand the population of potentially hazardous near-Earth objects and characterize those suitable for future asteroid exploration missions.

NASA’s ARM is a first-ever mission to identify, capture and redirect a near-Earth asteroid to a stable orbit around the moon, where astronauts will explore it in the 2020s, and return with samples. The mission will advance the new technologies and spaceflight experience needed for humans to explore Mars in the 2030s.

For details on procedures and rules for submitting a message and image, visit:

More information is available online about Messages to Bennu, at:

For more about the OSIRIS-REx mission, visit: