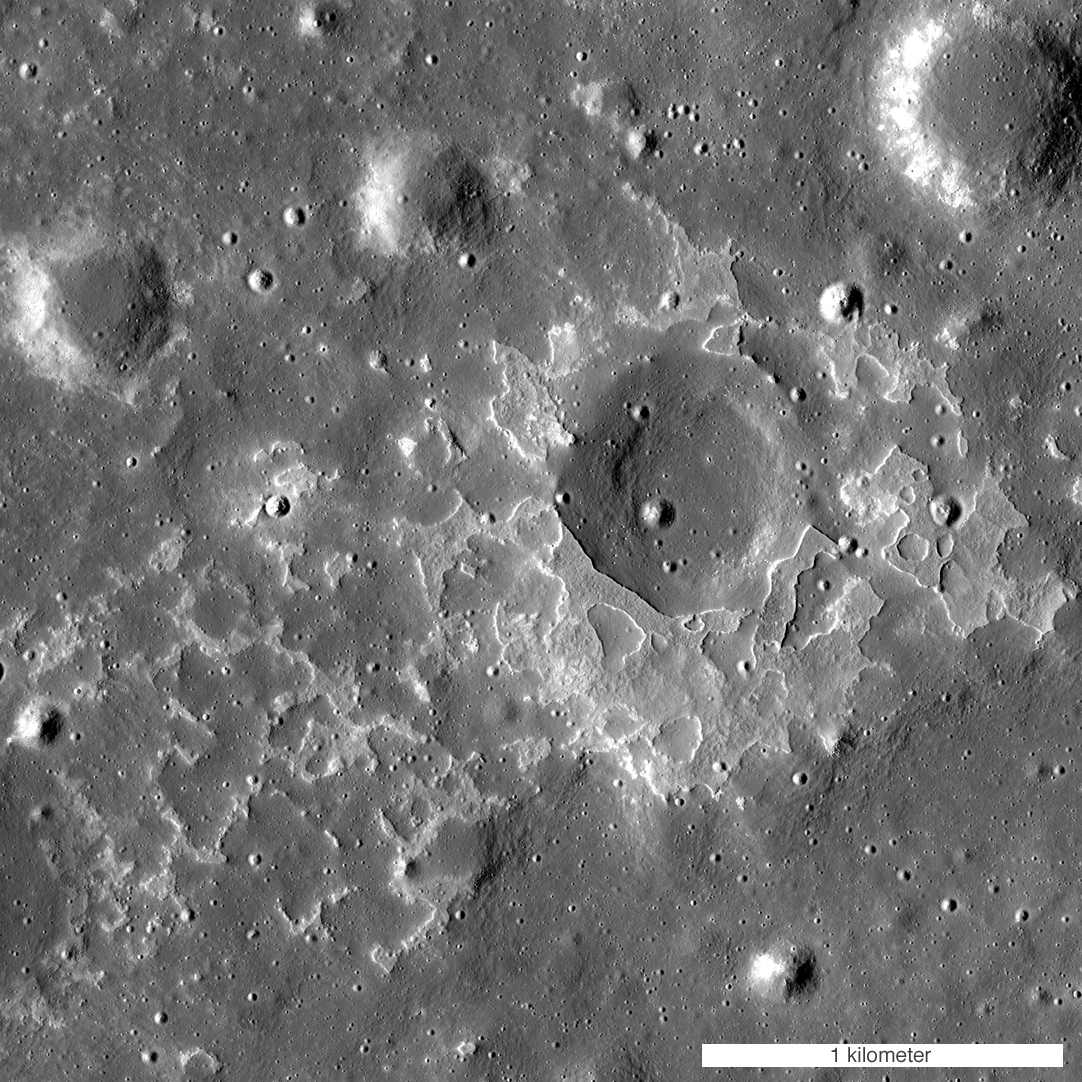 The feature called Maskelyne is one of many newly discovered young volcanic deposits on the Moon. Called irregular mare patches, these areas are thought to be remnants of small basaltic eruptions that occurred much later than the commonly accepted end of lunar volcanism, 1 to 1.5 billion years ago. Image Credit: NASA/GSFC/Arizona State University

“This finding is the kind of science that is literally going to make geologists rewrite the textbooks about the moon,” said John Keller, LRO project scientist at NASA’s Goddard Space Flight Center in Greenbelt, Maryland.

The deposits are scattered across the moon’s dark volcanic plains and are characterized by a mixture of smooth, rounded, shallow mounds next to patches of rough, blocky terrain. Because of this combination of textures, the researchers refer to these unusual areas as irregular mare patches.

The features are too small to be seen from Earth, averaging less than a third of a mile (500 meters) across in their largest dimension. One of the largest, a well-studied area called Ina, was imaged from lunar orbit by Apollo 15 astronauts.

Ina appeared to be a one-of-a-kind feature until researchers from Arizona State University in Tempe and Westfälische Wilhelms-Universität Münster in Germany spotted many similar regions in high-resolution images taken by the two Narrow Angle Cameras that are part of the Lunar Reconnaissance Orbiter Camera, or LROC. The team identified a total of 70 irregular mare patches on the near side of the moon.

The large number of these features and their wide distribution strongly suggest that late-stage volcanic activity was not an anomaly but an important part of the moon’s geologic history.

The numbers and sizes of the craters within these areas indicate the deposits are relatively recent. Based on a technique that links such crater measurements to the ages of Apollo and Luna samples, three of the irregular mare patches are thought to be less than 100 million years old, and perhaps less than 50 million years old in the case of Ina. The steep slopes leading down from the smooth rock layers to the rough terrain are consistent with the young age estimates.

Several earlier studies suggested that Ina was quite young and might have formed due to localized volcanic activity. However, in the absence of other similar features, Ina was not considered an indication of widespread volcanism.

The findings have major implications for how warm the moon’s interior is thought to be.

“The existence and age of the irregular mare patches tell us that the lunar mantle had to remain hot enough to provide magma for the small-volume eruptions that created these unusual young features,” said Sarah Braden, a recent Arizona State University graduate and the lead author of the study.

The new information is hard to reconcile with what currently is thought about the temperature of the interior of the moon.

LRO is managed by Goddard for NASA’s Science Mission Directorate at NASA Headquarters in Washington. LROC, a system of three cameras, was designed and built by Malin Space Science Systems and is operated by Arizona State University.

To access the complete collection of LROC images, visit

For more information about LRO, visit: