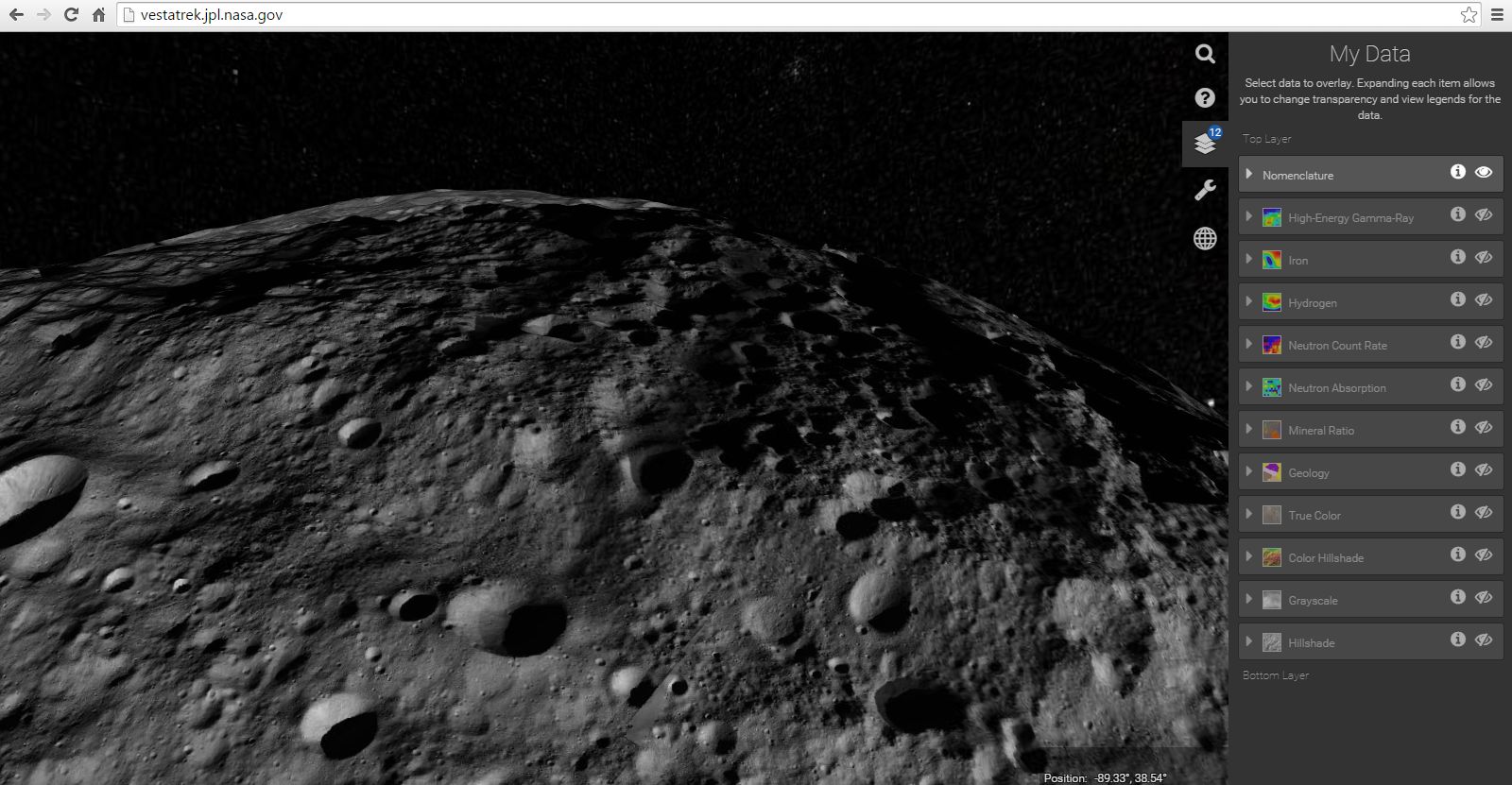 Vesta Trek’s interface allows explorers to fly around and even skim the surface of Vesta. Credit: NASA

NASA has announced the release of Vesta Trek, a free, web-based application that provides detailed visualizations of Vesta, one of the largest asteroids in our solar system.

NASA’s Dawn spacecraft studied Vesta from July 2011 to September 2012. Data gathered from multiple instruments aboard Dawn have been compiled into Vesta Trek’s user-friendly set of tools, enabling citizen scientists and students to study the asteroid’s features. The application includes:

– Interactive maps, including the ability to overlay a growing range of data sets including topography, mineralogy, abundance of elements and geology, as well as analysis tools for measuring the diameters, heights and depths of surface features and more

A Color Hillshade view of Vesta’s South Pole provides a clear view of topography and makes it easy to pick out the giant 500-km diameter Rheasilvia crater. Credit: NASA

Vesta Trek was developed by NASA’s Lunar Mapping and Modeling Project (LMMP), which provides mission planners, lunar scientists and the public with analysis and data visualization tools for our moon, spanning multiple instruments on multiple missions. Vesta Trek represents the first application of LMMP’s capabilities to another world beyond the moon. LMMP-based portals for other worlds in our Solar System are currently in development.

“There’s nothing like seeing something with your own eyes, but these types of detailed data-visualizations are the next best thing,” said Kristen Erickson, Director, Science Engagement and Partnerships at NASA Headquarters in Washington. “We’re thrilled to release Vesta Trek to the citizen science community and the public, not only as a scientific tool, but as a portal to an immersive experience that, just by the nature of it, will allow a deeper understanding of Vesta and asteroids in general.”

Vesta Trek allows the surface of Vesta to be viewed through a number of data layers. Here we see a colorized image showing the distribution of hydrated minerals across Vesta’s surface. Credit: NASA

NASA’s Dawn spacecraft is continuing its exploration in the asteroid belt, after arriving at the dwarf planet Ceres on March 6. As Dawn conducts its mapping and measurements of Ceres, LMMP will continue to work closely with the Dawn mission. 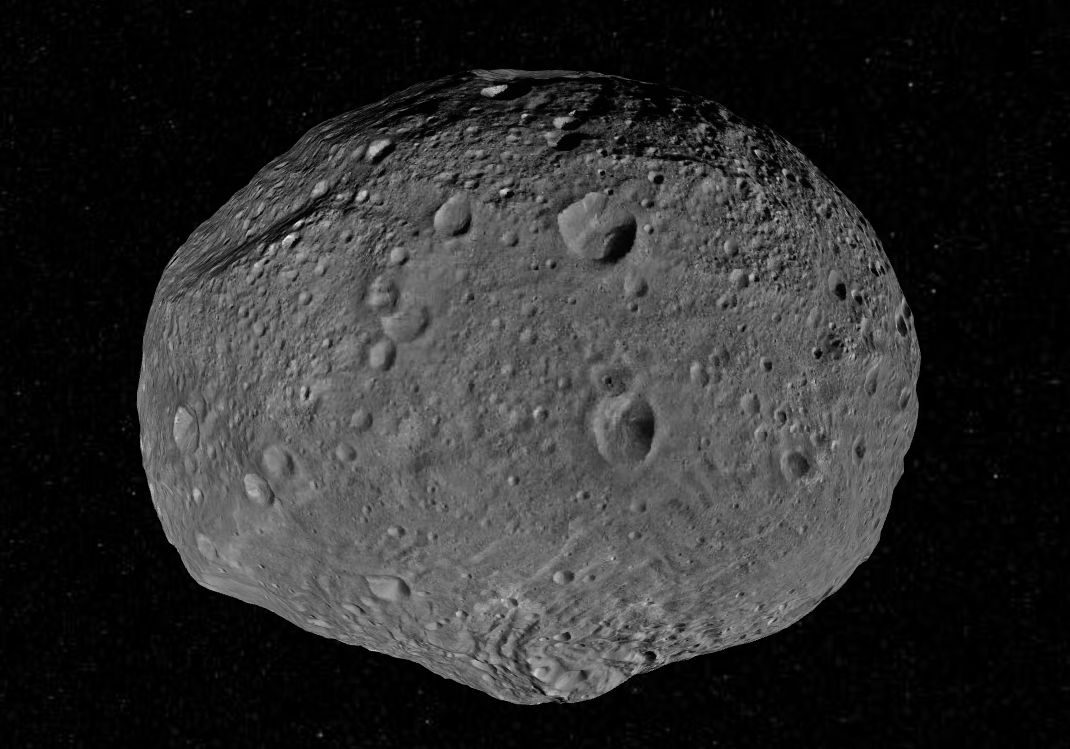 For more information about the Dawn mission, visit: