Warming up for a possible extended mission as it speeds through deep space, NASA’s New Horizons spacecraft has now twice observed 1994 JR1, a 90-mile-wide (145-kilometer-wide) Kuiper Belt object (KBO) orbiting more than 3 billion miles (5 billion kilometers) from the sun. Science team members have used these observations to reveal new facts about this distant remnant of the early solar system.

Simon Porter, a New Horizons science team member from Southwest Research Institute (SwRI) in Boulder, Colorado, said the observations contain several valuable findings. “Combining the November 2015 and April 2016 observations allows us to pinpoint the location of JR1 to within 1,000 kilometers (about 600 miles), far better than any small KBO,” he said, adding that the more accurate orbit also allows the science team to dispel a theory, suggested several years ago, that JR1 is a quasi-satellite of Pluto.

From the closer vantage point of the April 2016 observations, the team also determined the object’s rotation period, observing the changes in light reflected from JR1’s surface to determine that it rotates once every 5.4 hours (or a JR1 day). “That’s relatively fast for a KBO,” said science team member John Spencer, also from SwRI. “This is all part of the excitement of exploring new places and seeing things never seen before.”

Spencer added that these observations are great practice for possible close-up looks at about 20 more ancient Kuiper Belt objects that may come in the next few years, should NASA approve an extended mission. New Horizons flew through the Pluto system on July 14, 2015, making the first close-up observations of Pluto and its family of five moons. The spacecraft is on course for an ultra-close flyby of another Kuiper Belt object, 2014 MU69, on Jan. 1, 2019.

Above, the first two of the 20 observations that New Horizons made of 1994 JR1 in April 2016. The Kuiper Belt object is the bright moving dot indicated by the arrow. The dots that do not move are background stars. The moving feature in the top left is an internal camera reflection (a kind of selfie) caused by illumination by a very bright star just outside of LORRI’s field of view; it shows the three arms that hold up LORRI’s secondary mirror. Credit: NASA/JHUAPL/SwRI 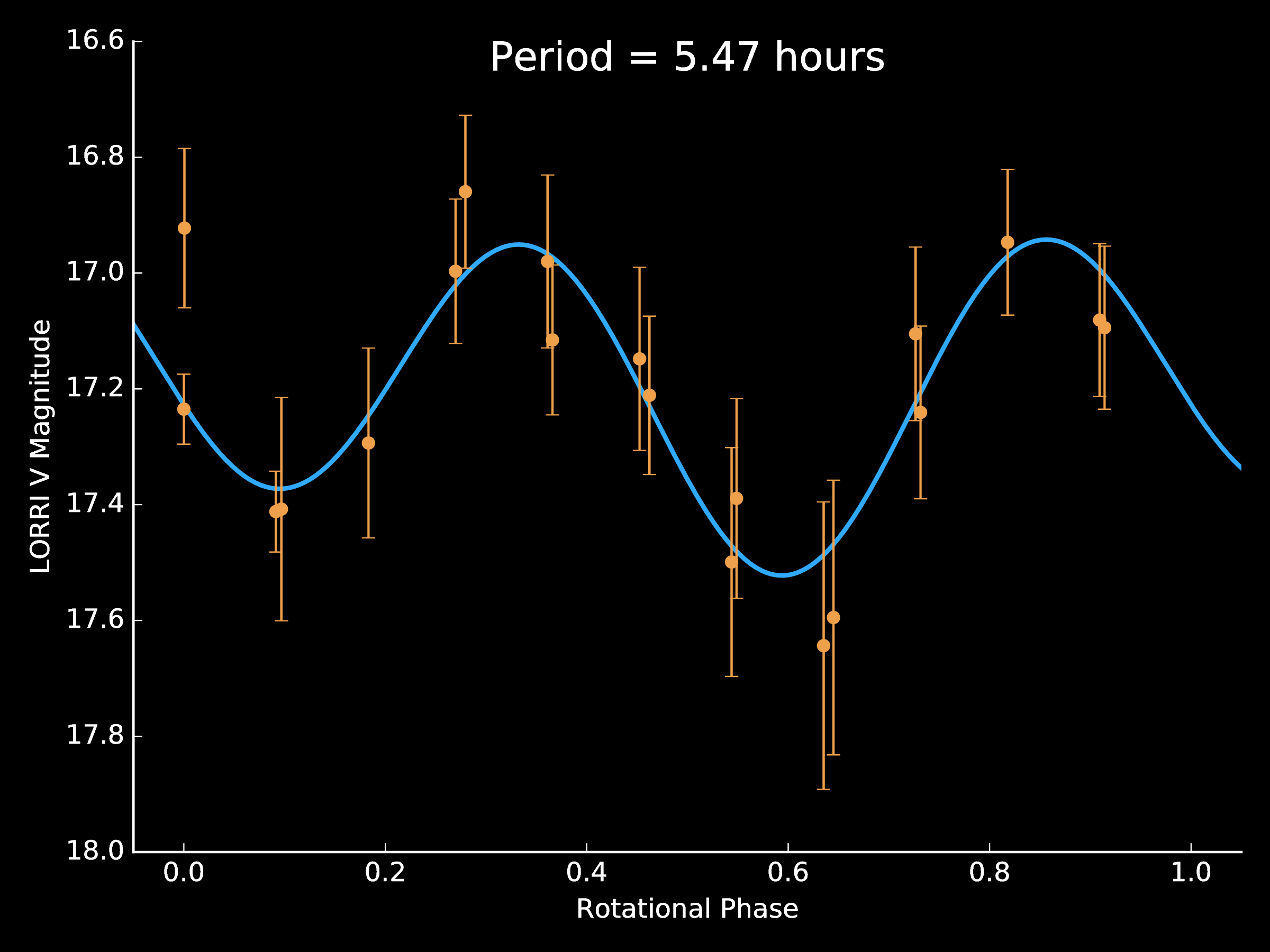