Space may appear empty — a soundless vacuum, but it’s not an absolute void. It flows with electric activity that is not visible to our eyes. NASA is developing plans to send humans to an asteroid, and wants to know more about the electrical environment explorers will encounter there. 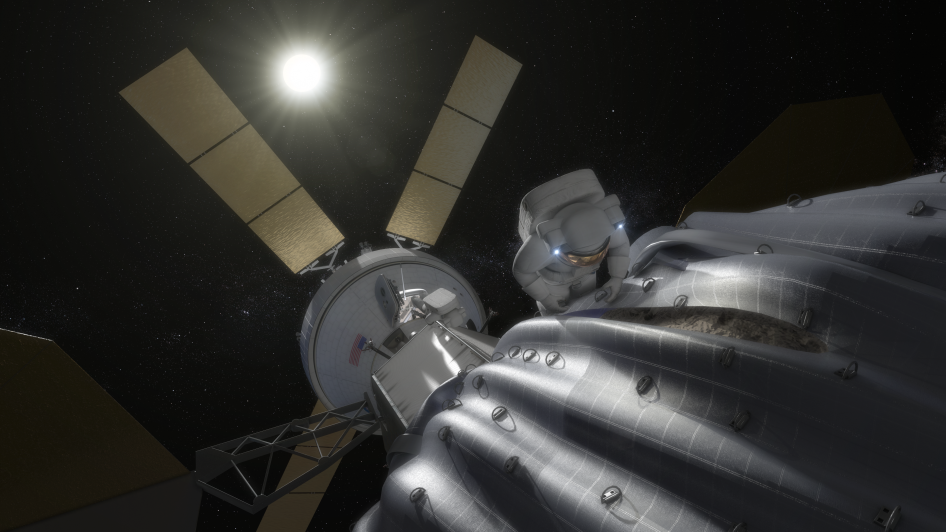 This is a concept image of an astronaut preparing to take samples from a captured asteroid. The sun is in the background; NASA wants to know more about electrical activity generated by the interaction of solar wind and radiation with asteroids. Image Credit: NASA

A solar wind blown from the surface of the sun at about a million miles per hour flows around all solar system objects, forming swirling eddies and vortices in its wake. Magnetic fields carried by the solar wind warp, twist, and snap as they slam into the magnetic fields around other objects in our solar system, blasting particles to millions of miles per hour and sending electric currents surging in magnetic storms that, around Earth, can damage sensitive technology like satellites and power grids.

On airless objects like moons and asteroids, sunlight ejects negatively charged electrons from matter, giving sunlit areas a strong positive electric charge. The solar wind is an electrically conducting gas called plasma where matter has been torn apart into electrons, which are relatively light, and positively charged ions, which are thousands of times more massive. While areas in sunlight can charge positive, areas in shadow get a strong negative charge when electrons in the solar wind rush in ahead of heavier ions to fill voids created as the solar wind flows by.

The surface of Earth is shielded from the direct effects of this activity by our planet’s magnetic field, but airless objects without strong repelling magnetic fields, like small asteroids, have no protection from electrical activity in space.

NASA-sponsored researchers funded by the Solar System Exploration Research Virtual Institute (SSERVI) (formerly the NASA Lunar Science Institute (NLSI)) have developed a new computer model that can predict and visualize the interaction between the solar wind, solar radiation, and the surface of asteroids in unprecedented detail.

“Our model is the first to provide detailed, two-dimensional views of the complex interaction between solar activity and small objects like asteroids, using an adaptive computational technique that makes these simulations highly efficient,” said Michael Zimmerman, project lead at the Johns Hopkins University Applied Physics Laboratory in Laurel, Maryland. 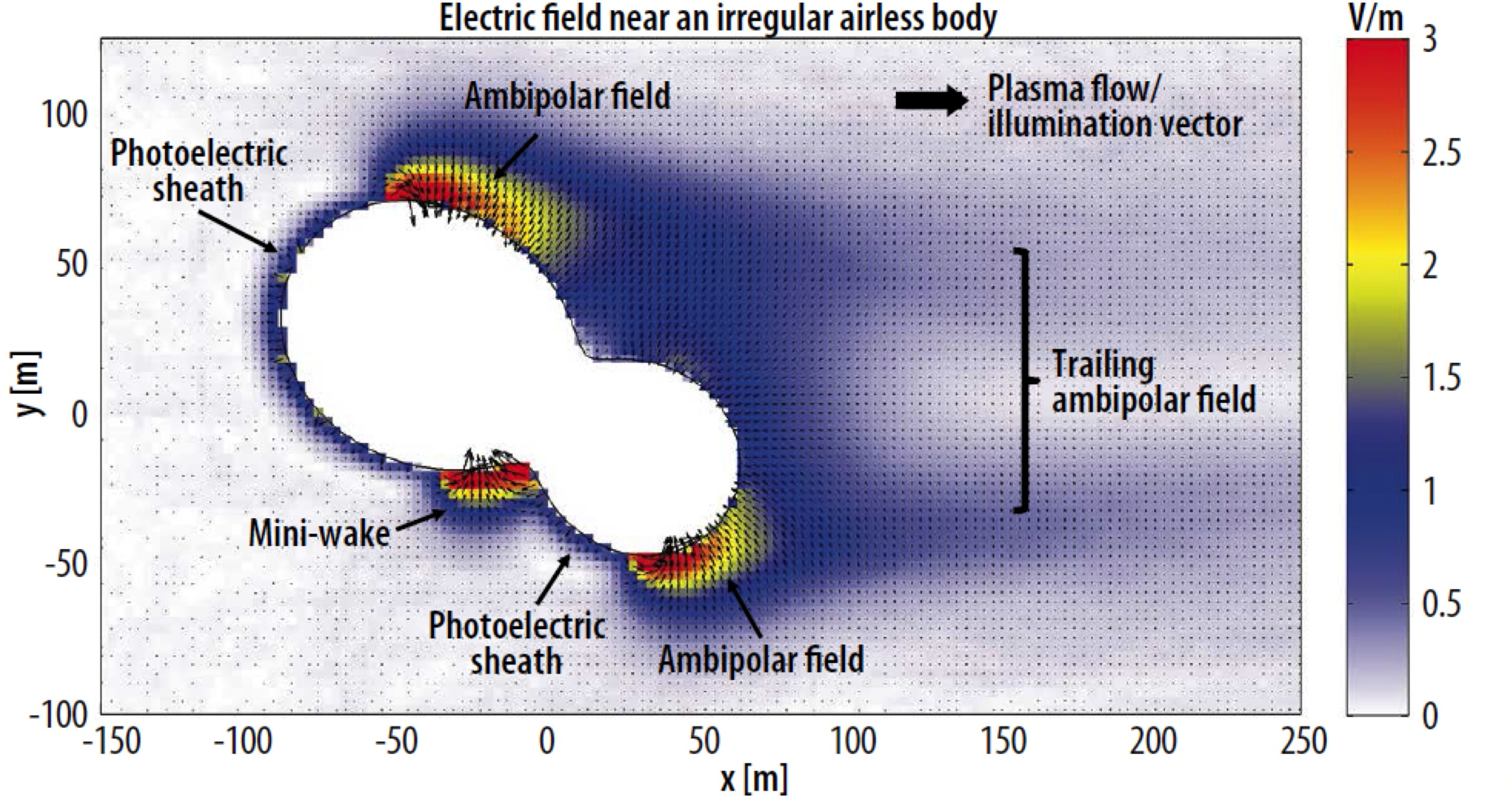 Previous “grid-type” models are less efficient at calculating the effects of solar activity on complex surfaces like asteroids because they devote computer resources equally to all areas, according to Zimmerman. His new “tree code” model continually adapts to the flowing plasma, applying the most resources to areas with lots of complex activity, while devoting less to areas that are simpler.

“Our model can calculate a solar activity-asteroid interaction in a few days,” said Zimmerman. “It would probably take a few weeks – or a supercomputer – for a grid-type model to do the same at high resolution.” Zimmerman is lead author of a paper on this research available online in the journal Icarus since April 4, 2014.

Zimmerman and his team plan to apply the model to see if the electrical activity around asteroids presents any potential hazards to human explorers.

“For example, understanding the electrical environment around an asteroid could help identify locations where astronauts can safely make first contact with the object,” said co-author William Farrell of NASA’s Goddard Space Flight Center in Greenbelt, Maryland. “If an astronaut is tethered to a spacecraft that is in sunlight and positively charged, and touches a negatively charged asteroid surface in shadow, there could be an unexpected current flow between the two systems upon contact. We simply can’t speculate on the nature of that current without this model.”

The model also can be used to predict interactions between an asteroid and the spacecraft itself. “One of the reasons we’re visiting asteroids is because they are relatively pristine remnants from the formation of the solar system, so they give clues as to how the planets formed and life originated,” says Farrell. “However, spacecraft release gases (like water) that ionize, and these spacecraft-emitted ions likely will contaminate the surfaces of the asteroids we want to study. This new asteroid model will allow us to estimate the degree of ion collection and contamination over various regions.” Farrell is the Principal Investigator of one of SSERVI’s nine teams called the Dynamic Response of the Environment at Asteroids, the Moon, and moons of Mars (DREAM2), which provided a portion of the funding to develop the model.

The model shows that the solar wind flow at a small asteroid displays some phenomena that have been observed directly at the moon, giving confidence in its results. For example, a well-developed cloud of electrons ejected by sunlight forms on the asteroid’s sunlit surface, while a low density supersonic wake streams behind the object in the solar wind flow. However, as with any computer model, these elements will have to be verified by actual measurements from future missions to asteroids.

“Eventually, we also plan to expand the capability of the model by making predictions and visualizations in three dimensions, as well as adding the capability to simulate electrically conductive exploration infrastructure as well as magnetic field effects,” says Zimmerman.

This research was supported by an appointment to the NASA Postdoctoral Program at Goddard, administered by Oak Ridge Associated Universities through a contract with NASA. It also was supported by the NLSI and SSERVI, based and managed at NASA’s Ames Research Center in Moffett Field, California.