New NASA Study Shows Moon Once Had an Atmosphere 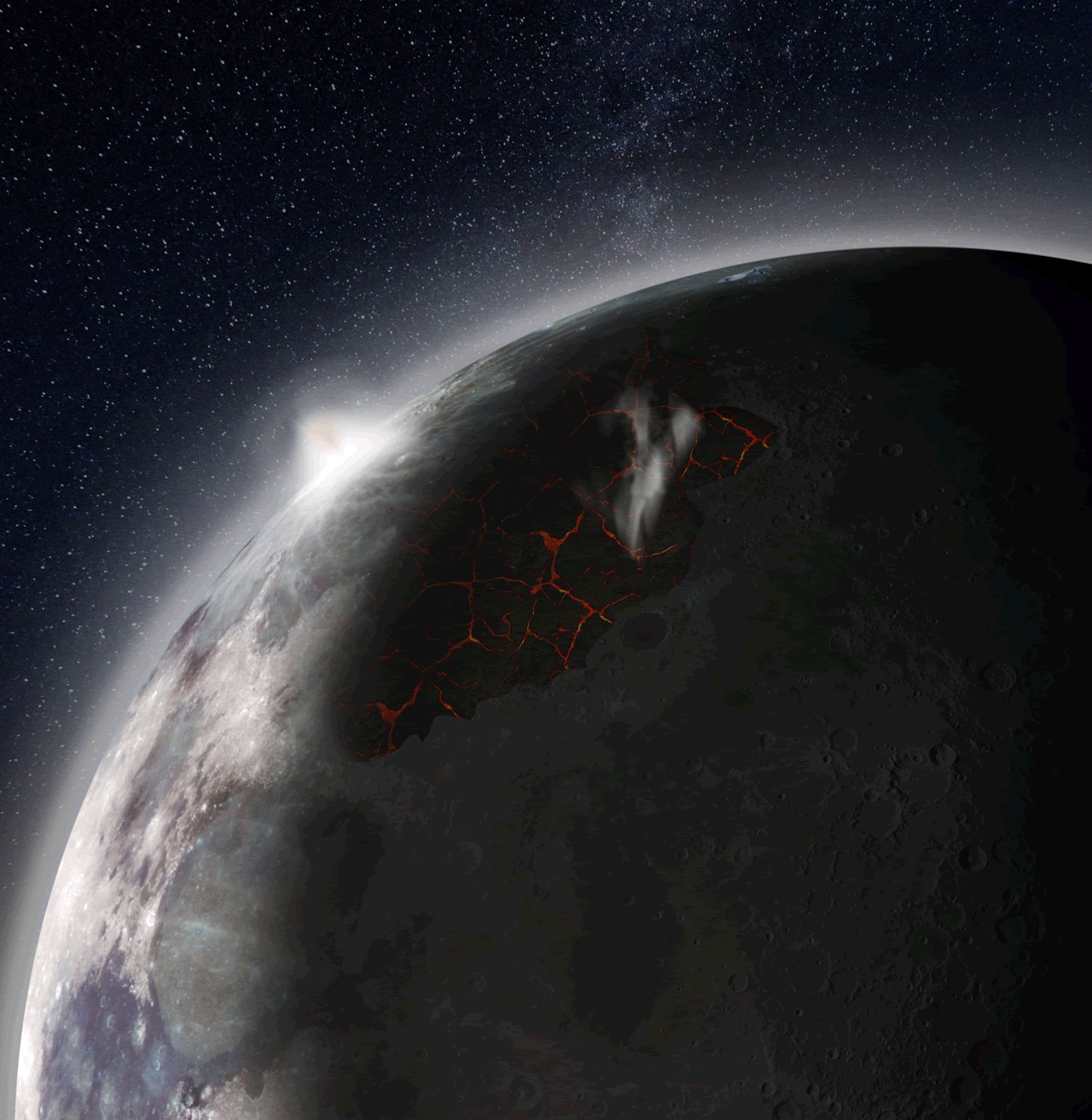 Artistic impression of the Moon, looking over the Imbrium Basin, with lavas erupting, venting gases, and producing a visible atmosphere. Credit: NASA MSFC

In new work, Dr. Debra H. Needham, Research Scientist of NASA Marshall Space Flight Center, and Dr. David A. Kring, Senior Staff Scientist at the Lunar and Planetary Institute, and PI of SSERVI’s Center for Lunar Science and Exploration (CLSE) team, calculated the amounts of gases that rose from the erupting lavas as they flowed over the surface and showed that those gases accumulated around the Moon to form a transient atmosphere. The atmosphere was thickest during the peak in volcanic activity about 3.5 billion years ago and, when created, would have persisted for about 70 million years before being lost to space.