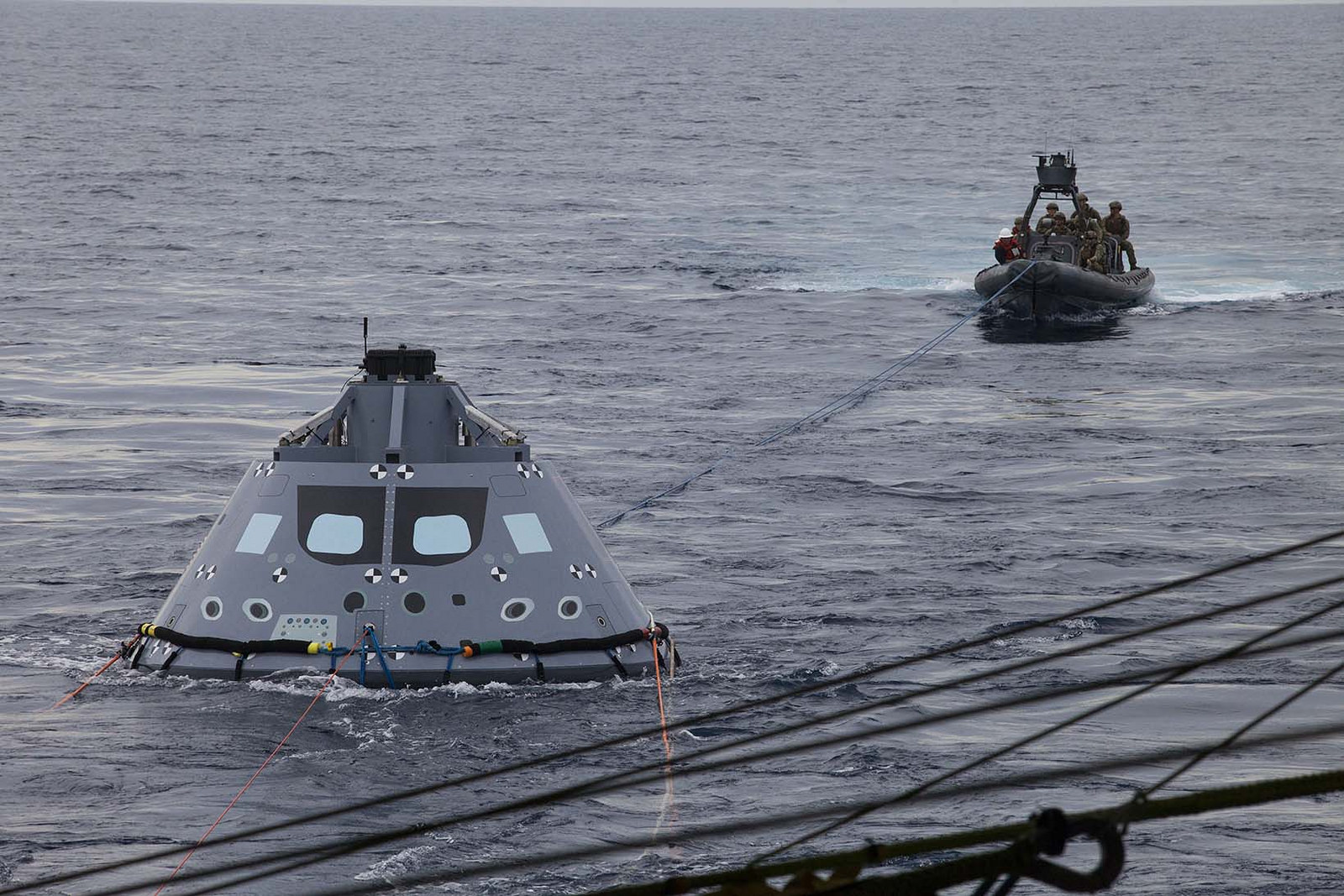 U.S. Navy divers and other personnel in a rigid hull Zodiac boat have attached tether lines to a test version of the Orion crew module during Underway Recovery Test 5 in the Pacific Ocean off the coast of California on Oct. 27, 2016. NASA’s Ground Systems Development and Operations Program and the U.S. Navy are conducting a series of tests using the USS San Diego, various watercraft and equipment to practice for recovery of Orion on its return from deep space missions. The testing will allow the team to demonstrate and evaluate recovery processes, procedures, hardware and personnel in open waters.

Orion is the exploration spacecraft designed to carry astronauts to destinations not yet explored by humans, including an asteroid and NASA’s Journey to Mars. It will have emergency abort capability, sustain the crew during space travel and provide safe re-entry from deep space return velocities. Orion is scheduled to launch on NASA’s Space Launch System in late 2018.