As the US prepares to return to the surface of the Moon, scientists from the RIS4E node of NASA’s Solar System Exploration Research Virtual Institute (SSERVI), led by researchers from the Stony Brook University College of Arts and Sciences are partnering with Astrobotic Technology to demonstrate the robotic technologies needed to explore and study our nearest neighbor’s most interesting and challenging destinations. 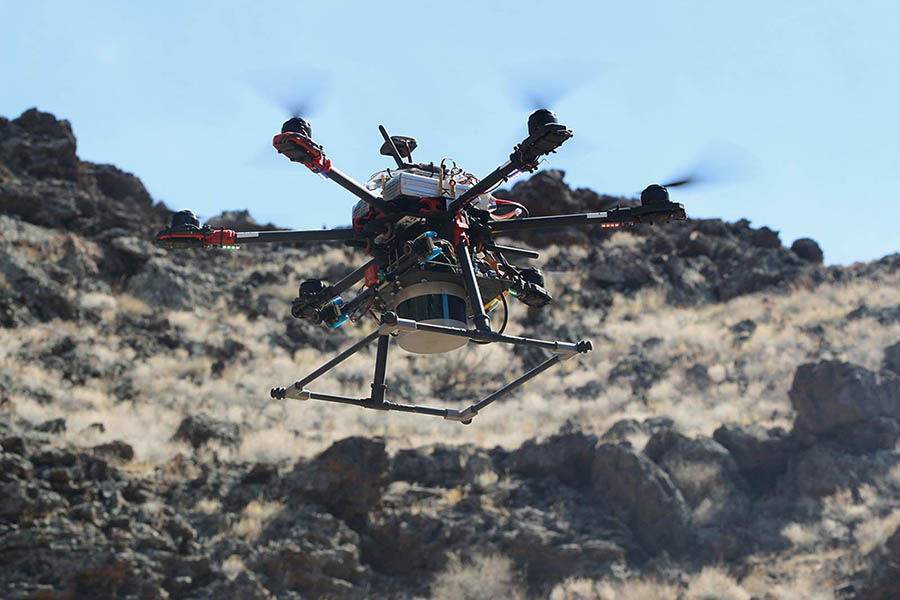 SSERVI researchers have been working to analyze the capabilities of compact and deployable instruments needed to collect and characterize geologic samples in the field. Under a research contract with NASA, Astrobotic has developed a custom navigation software product, known as AstroNav, to give small free-flying spacecraft the ability to autonomously explore lunar lava tubes. Meanwhile, advances in both areas are paving the way for future missions that are far more dynamic and autonomous than those possible today.

This past April, the RIS4E SSERVI team, led by Department of Geosciences Professor Timothy Glotch, was joined by Astrobotic’s Future Missions and Technology team at a field test site in New Mexico to demonstrate several key technologies required for robotic and human missions to explore lunar skylights, a means of accessing the subsurface of the moon. The field site, known as the Potrillo Volcanic Field, has volcanic features analogous to those found on the Moon and Mars, and the collaboration between the teams sought to address the challenges of conducting extra-planetary geologic data and sample collection from autonomous aerial science platforms. 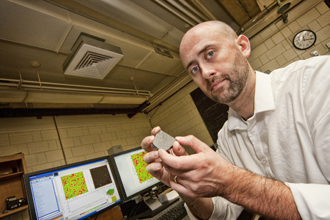 Testing together, the science and engineering teams were able to understand the other’s goals and challenges, and refine a vision for lunar subsurface exploration. “Working with a leading commercial space exploration company like Astrobotic has given the RIS4E team a valuable perspective on how science an exploration can be best combined for future lunar missions. We look forward to future successful collaborations,” said Dr. Glotch.

Due to its unique features, the Potrillo Lava field has served as a venue for planetary geologists and NASA astronauts since the Apollo program. In Potrillo, RIS4E team members conducted geologic fieldwork, incorporating sophisticated hand-held scientific instruments, including a portable X-ray fluorescence spectrometer, an X-ray diffractometer, and a hyperspectral infrared camera, into geologic studies similar to what astronauts might one day perform on the Moon.

A primary goal of Astrobotic’s research is to demonstrate the capability to navigate and map, using both LiDAR and vision, and to transition between the two sensing modalities mid-flight when environmental conditions change rapidly. If successful, AstroNav could enable a small spacecraft to explore these underground environments autonomously, returning from the darkness only to send data back to Earth, return a sample to the surface, or refuel.

To explore sub-surface environments on the Moon, Astrobotic’s AstroNav performs both stereo vision- and LiDAR-based navigation, works without GPS or previously stored maps (neither of which exist in this environment), and can perform in real-time while an aerial spacecraft explores a novel environment at a high rate of speed.

While lava tubes are difficult to access because they are buried below a layer of lunar regolith and solid rock, roof collapses, known as skylights, offer a way to access the subsurface. Long hypothesized to exist, only in the past decade have numerous lunar skylights been detected from orbital imagery, and scientists have recently discovered that the Moon may host massive networks of lava tubes. In fact, radar data from the Japanese Spacecraft SELENE, currently in orbit around the Moon, indicates tubes that may be 50 km long and large enough to contain a colony the size of Philadelphia.

Integrated, Interdisciplinary Preparation for Future Lunar Missions
“The Potrillo Volcanic Field is a fantastic analog site for lunar and Martian volcanic terrains,” says Dr. Glotch. “Stony Brook faculty and students were able to test new technologies, conduct scientific inquiries, and engage in realistic human exploration scenarios. Astrobotic provided a lot of added value to the team, as they were able to contribute their substantial engineering expertise and bring in new ideas for potential science and exploration technologies.” 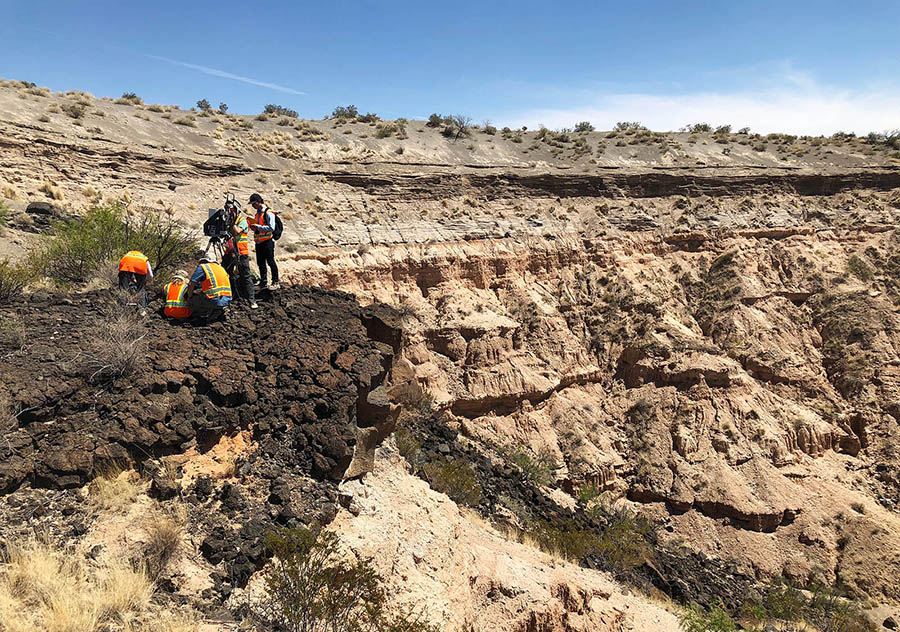 Fraser Kitchell, Director of Astrobotic’s Future Missions and Technology Team, echoes the success of the collaboration. “Working with RIS4E allowed us to work side by side with the planetary geologists for the first time. These field tests gave us a much more practical understanding of each other’s needs and current capabilities, and as a result we can design better operational concepts, better technologies, and, ultimately, better missions.”

“The Potrillo field site presented a challenging flight environment and a great demonstration of the capabilities of AstroNav,” says Kerry Snyder, Astrobotic senior research scientist. “We’re looking forward to the continuing to push the technology toward mission infusion.”

The RIS4E field team is composed of faculty, students, and research scientists from Stony Brook University, NASA Goddard Space Flight Center, and several other institutions. RIS4E team members are engaged in a variety of activities, including laboratory spectroscopic studies, theoretical calculations, sample analysis, and geologic field work, designed to further NASA’s science and exploration goals related to the Moon, the moons of Mars, and near-Earth asteroids. For more about RIS4E visit: https://ris4e.labs.stonybrook.edu or email timothy.glotch@stonybrook.edu.

NASA’s STTR programs fund innovative space exploration technologies that take us across the Solar System and beyond. STTR companies partner with Research Institutions to create their innovations. For more about NASA STTR program visit: sbir.nasa.gov

The Department of Geosciences at Stony Brook University offers undergraduate and graduate programs leading to Bachelors, Masters, and Doctoral degrees, as well as Masters degree programs for secondary school teachers. Graduates fill the ranks of faculty at leading universities and research labs, and we have trained professionals throughout the energy industry and at environmental companies, as well as at state, local, and federal agencies. The department has a rich tradition of integrating experimental, analytical, and field-based research techniques for understanding the earth and other planetary bodies. The research activities of our world-renowned faculty are ranked among the top 15 public research universities by the National Research Council.