The LPI-JSC Center for Lunar Science and Exploration (CLSE) is looking for volunteers to advise a team of high school students participating in our 2015-2016 Exploration of the Moon and Asteroids by Secondary Students (ExMASS) program.

ExMASS is part of the LPI-JSC Center for Lunar Science and Exploration (CLSE) E/PO efforts with the NASA Solar System Exploration Research Virtual Institute (SSERVI). Working alongside their teachers and an advisor, students undertake authentic, open-inquiry research projects that engage them in the process of science and support the science goals of SSERVI.

Advisor time commitment varies; in the past, advisors reported spending 1-3 hours a week communicating with their team. Some spent more time. 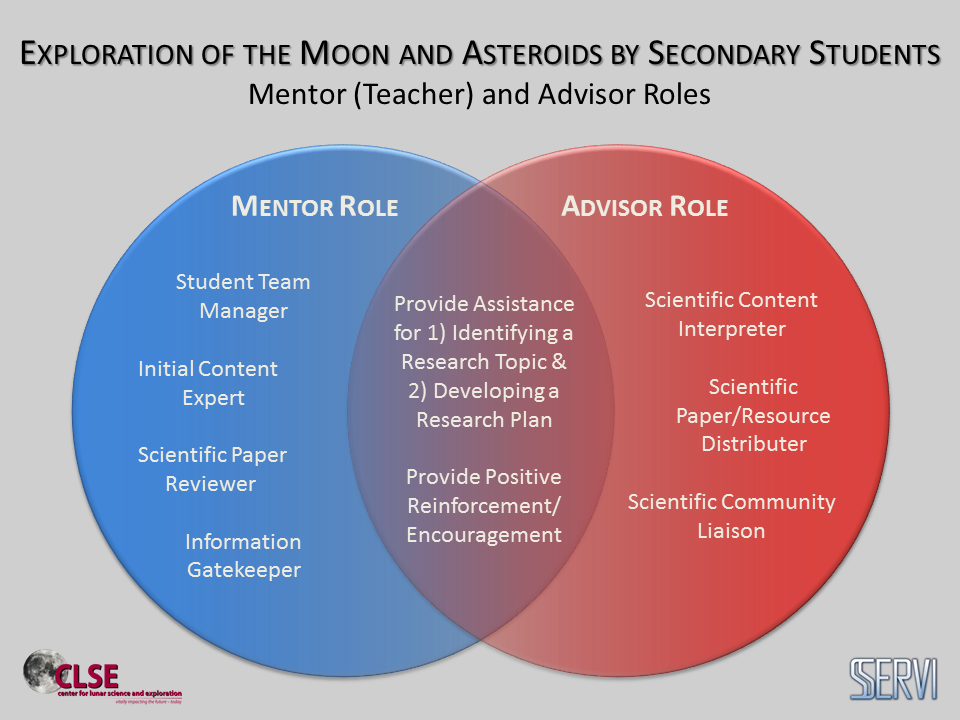 A webpage outlining the role of an advisor can be found here.

Exploration of the Moon and Asteroids by Secondary Students (ExMASS)