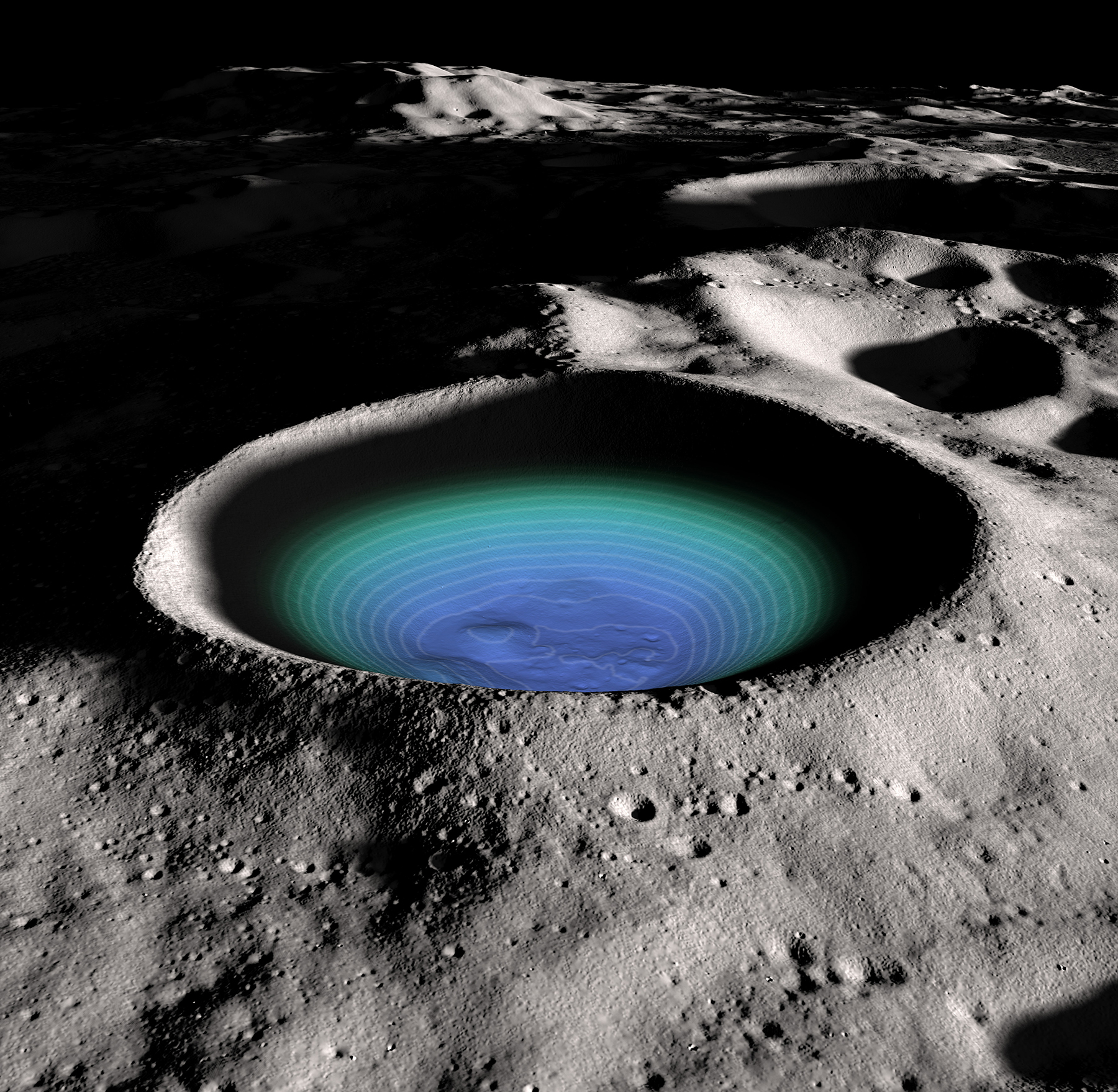 A team of researchers lead by Bill Farrell of NASA Goddard Space Flight Center in Greenbelt, MD, investigated how volatile chemicals like water ice, carbon monoxide, carbon dioxide, ammonia, methane and other unstable compounds (collectively referred to as “volatiles”) can migrate out of craters on the Moon.

Many volatiles escape into space, but some of them are bounded to the Moon, often falling into “cold traps” in the bottom of permanently shadowed craters. The scientists looked at how volatiles are released when bombarded by energetic particles that are common in the harsh space environment. Plasma from the solar wind and micrometeorite impacts may vaporize volatiles lofting them up from the crater floors and scattering them in the crater’s immediate vicinity. 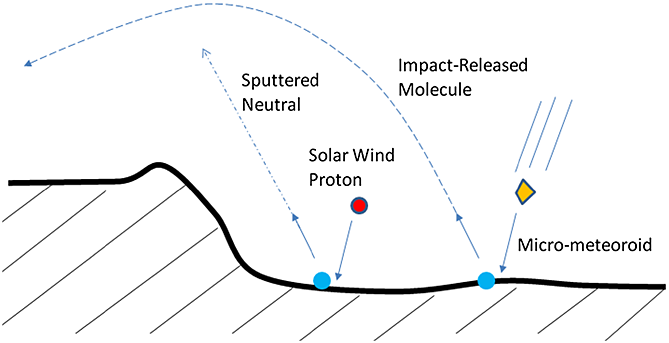 Lets say you were exploring the lunar poles, prospecting for resources, and you wanted to know what was at the bottom of a dark crater. Sniff around the crater rim and you might find out! The team concludes that the nature of the volatile content on crater floors can be obtained by sampling the surface volatiles that have migrated or “spilled out” onto the adjacent terrain.

“This “spillage” effect could make human or robotic prospecting for crater resources significantly easier, since an assessment may not require direct entry into the very harsh polar crater environment,” said Farrell, who is also the Principal Investigator for SSERVI’s “Dynamic Response of Environments at Asteroids, the Moon, and moons of Mars” (DREAM2) team. 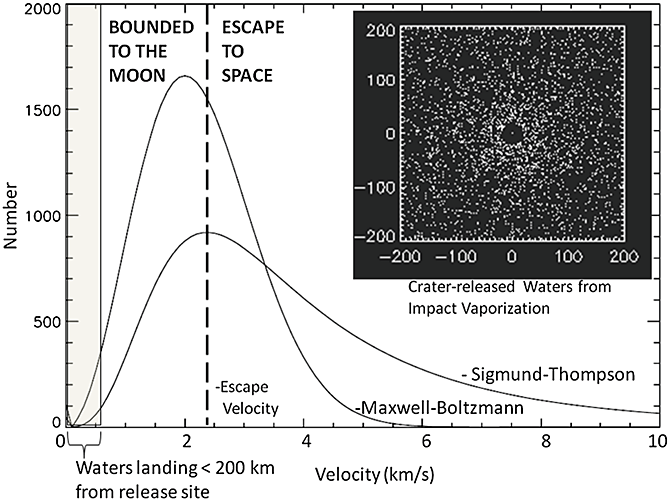 This SSERVI-funded research arose in part from “SSERVI’s Friends of Lunar Volatiles focus group.” Researchers who would like to participate in SSERVI focus groups are invited to attend this year’s Exploration Science Forum (ESF), held at NASA Ames Research Center in Moffett Field, CA from July 21-23rd. Registration is FREE. For more information visit: https://nesf2015.arc.nasa.gov/