Recognizing that science and exploration go hand in hand, NASA created SSERVI in 2013, expanding the scope of the former NASA Lunar Science Institute to include basic and applied scientific research on the Moon, near Earth asteroids, and the Martian moons Phobos and Deimos. The Eugene Shoemaker Distinguished Scientist medal, Michael J. Wargo Award, Susan Mahan Niebur Award, and Angioletta Coradini Award recognize outstanding achievement in exploration science. The winners are nominated by their academic peers and are selected by SSERVI Director, Greg Schmidt. The awards will be presented along with invited lectures from the recipients at the 2019 Exploration Science Forum (ESF) taking place July 23-25 at the NASA Research Park at NASA Ames Research Center in Moffett Field, Calif .

EUGENE SHOEMAKER DISTINGUISHED SCIENTIST MEDAL
The 2019 Eugene Shoemaker Distinguished Scientist Medal, named after American geologist and one of the founders of planetary science, Eugene Shoemaker (1928-1997), is awarded to the honorable Harrison Hagan Schmitt for his significant scientific contributions throughout the course of his career. The award includes a certificate and medal with the Shakespearian quote “And he will make the face of heaven so fine, that all the world will be in love with night.” 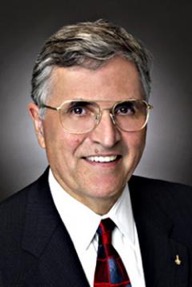 Dr. Harrison Hagan Schmitt is an American geologist, retired NASA astronaut, university professor, and former U.S. senator from New Mexico. Schmitt received his Ph.D. in geology from Harvard University in 1964, and was selected as one of the first group of scientist-astronauts in 1965. He played a key role in training Apollo crews to be geologic observers both in lunar orbit and on the surface, and participated after each landed mission in examination and evaluation of the returned samples. As one of the Apollo 17 crew, Schmitt is the most recent living person to have walked on the Moon, and was the photographer who took the famed “Blue Marble” shot of Earth. Schmitt also remains the first and only professional scientist to have flown beyond low Earth orbit and to have visited the Moon. Schmitt resigned from NASA in August 1975 in order to serve in the United States Senate, and served as the ranking member of the Science, Technology and Space Subcommittee. He has since served as chair of the NASA Advisory Committee in addition to his many other roles, wrote a book entitled Return to the Moon: Exploration, Enterprise and Energy in the Human Settlement of Space in 2006, and has maintained an active scientific career, particularly with his focus on helping a new generation of lunar scientists. 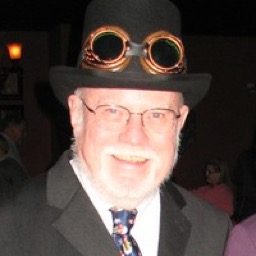 Dr. Wendell Mendell served as Assistant Administrator for Exploration in the Directorate for Astromaterials Research & Exploration Science of the NASA Johnson Space Center, and in the Constellation Systems Program Office as Chief, Office for Lunar & Planetary Exploration where he acted as a liaison between the scientific community and the Program responsible for implementing the Vision for Space Exploration. He has long advocated for human exploration of the solar system, and for the establishment of a permanent human base on the Moon. His interests lay as much with policy issues as with technical solutions. Dr. Mendell has a B.S. in physics from CalTech; a M.S. in physics from UCLA; and a M.S. in Space Science and a Ph.D. in Space Physics and Astronomy from Rice University. His scientific research focus was on remote sensing of planetary surfaces, particularly specializing in thermal emission radiometry and spectroscopy of the Moon. He has published over 40 articles in professional journals and conference proceedings and authored numerous abstracts and short papers presented at technical conferences. 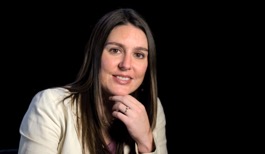 Dr. Heldmann received her B.S. in Astrogeophysics from Colgate University, a M.S. in Space Studies, with a Minor in Geology, from University of North Dakota, and her Ph.D. in Planetary Science from the Univ. of Colorado at Boulder. Her scientific research is focused on studies of the Moon and Mars. She is involved in planning for the future human exploration of Mars and has served on several Mars Exploration Program Analysis Group special action teams for defining precursor activities needed to enable future human exploration of Mars. She has also served as the NASA Science Mission Directorate (SMD) Lead for the “Optimizing Science and Exploration Working Group” to connect SMD science objectives with NASA’s human exploration plans for the inner Solar System. In addition to these planning activities, Heldmann actively participates in research and field campaigns to enable human and robotic exploration of the Solar System. She was on the Science Team, Payload Team, and was the Observation Campaign Coordinator for NASA’s Lunar Crater Observation and Sensing Satellite (LCROSS) mission to study the permanently shadowed regions of the lunar poles. She is the Principal Investigator (PI) for SSERVI’s FINESSE (Field Investigations to Enable Solar System Science & Exploration) team, and is PI and Co-I on numerous other NASA projects and grants.

SUSAN MAHAN NIEBUR EARLY CAREER AWARD
The 2019 Susan Mahan Niebur Early Career Award is an annual award given to an early career scientist who has made significant contributions to the science or exploration communities. Recipients of the Susan M. Niebur Early Career Award are researchers who are no more than ten years from receiving their PhD, who have shown excellence in their field and demonstrated meaningful contributions to the science or exploration communities. Susan Mahan Niebur (1978-2012) was a former Discovery Program Scientist at NASA who initiated the first ever Early Career Fellowship and the annual Early Career Workshop to help new planetary scientists break into the field. This year the prize is presented to Dr. Debra Needham, planetary scientist at NASA’s Marshall Space Flight Center in Huntsville, Alabama.

Dr. Needham has investigated surface processes such as volcanic eruptions and lava flow emplacement on the Moon, Mars, Venus, and Earth. She also works with several teams of engineers to integrate science into developing exploration opportunities such as the Deep Space Gateway and lunar surface missions. She earned her BA in Geology from Pomona College in 2007, her MS in Geosciences from Brown University in 2009, and her PhD in Geosciences from Brown University in 2012. Dr. Needham joined the Heliophysics and Planetary Science Group (ST-13) at Marshall Space Flight Center in 2016, where she continues her research of volcanic eruptions on Earth, the Moon, Mars, and Venus. This work is leading to new exciting investigations and discoveries that will influence future missions to the lunar surface.

Congratulations to Drs. Schmitt, Mendell, Heldmann and Needham for their achievements and contributions. “Each of these extremely dedicated individuals has helped advance our scientific understanding of the Moon and other target bodies,” said Greg Schmidt, Director of SSERVI. “Their outstanding research efforts are vital to the ambitious activities we hope to achieve in exploring the Solar System with robots and humans.”