Dr. Yvonne Pendleton, Director of the Solar System Exploration Research Virtual Institute at NASA Ames Research Center received the 2017 Presidential Rank Award for Meritorious Executive, one of the highest honors available to U.S. government employees. From graduate student to one of NASA’s top leaders, Yvonne has demonstrated how her devotion to a government agency has literally and figuratively allowed her to reach for the stars. 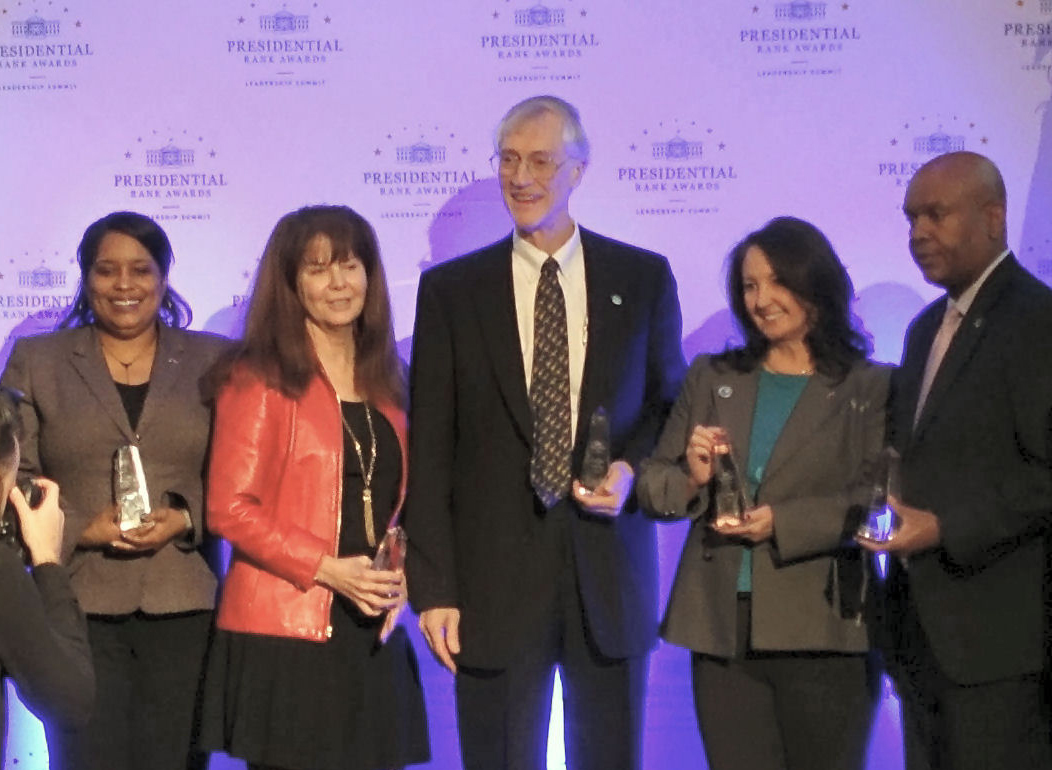 Career government civil servants often dedicate their lives to serving their country in ways that are most often invisible to the rest of the country, yet the United States would not be the same without them. Out of the ~2 million civil servants, only a select few serve in the elite corps designated the Senior Executive Service (SES). These individuals are in key positions just below the top Presidential appointees. SES members are the major link between these appointees and the rest of the Federal workforce. They operate and oversee nearly every government activity in approximately 75 Federal agencies. The Civil Service Reform Act of 1978 established the Presidential Rank Awards Program to honor senior career employees with a sustained record of exceptional professional, technical, and/or scientific achievement recognized on a national or international level. The two categories of Presidential Rank Award, Meritorious and Distinguished, are given to recognize individuals for their sustained and extraordinary accomplishments. In 2017, a total of 150 Presidential Rank Awards were given, and 16 of those went to NASA personnel. Pendleton was the only 2017 recipient from NASA Ames Research Center. 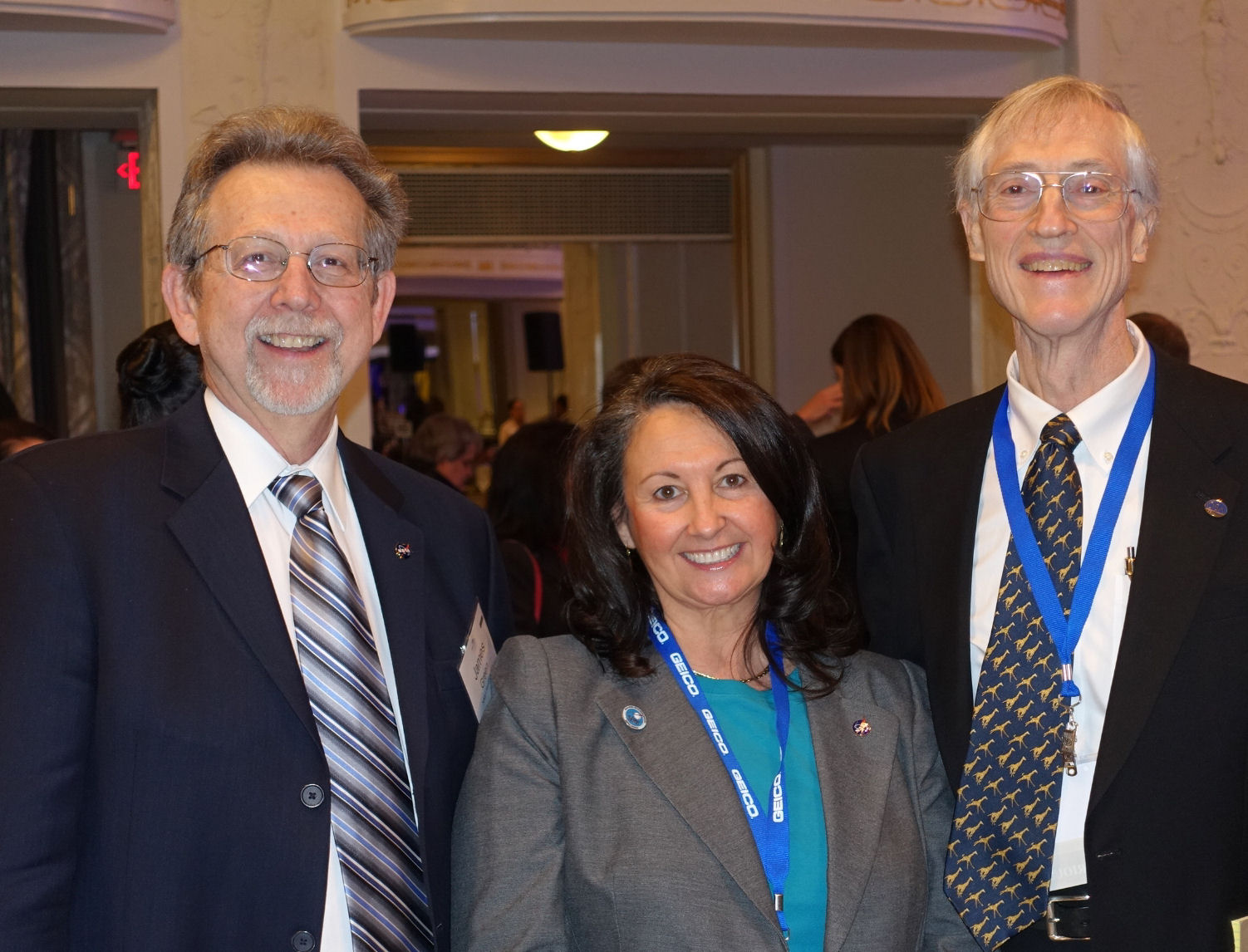 Dr. Pendleton joined NASA Ames Research Center as a GS-7 civil servant in July 1979 having earned her Bachelor of Aerospace Engineering degree from the Georgia Institute of Technology. Under NASA sponsored programs, she obtained a Master’s Degree in Aeronautics and Astronautics from Stanford University (1981) and a Ph.D. in Astrophysics from the University of California at Santa Cruz (1987).

She was a research astrophysicist in the NASA Ames Space Science and Astrobiology Division from 1979-2005, and published 80 scientific papers that contributed significantly to our understanding of the origin and evolution of organic material in the universe. The goal of her ongoing research program is to understand the composition of the organic material found in the interstellar medium and to investigate the incorporation of the organic material from space into the early Solar System. She is an elected fellow of the California Academy of Science and Asteroid 7165Pendleton was named in honor of her research contributions.

While working within the Ames Space Science and Astrobiology Division, Yvonne became an internationally known infrared observational astronomer who is often invited to speak about her research results. She has led successful team efforts that earned observing time on some of the most competitive telescopes, both on Earth and in space. In addition, NASA ARC is the birthplace where several airborne astronomy platforms were developed, and Yvonne was the principal investigator on the Kuiper Airborne Observatory (KAO), a C-141 aircraft that housed a ~1 meter telescope and flew at ~41,000 feet. The KAO has since been replaced by a much larger flying telescope, the Stratospheric Observatory for Infrared Astronomy (SOFIA), which Dr. Pendleton has recently used as well.

Her ability to lead people, in addition to conducting her own research, was recognized in 2005 when she was appointed Chief of the Space Science and Astrobiology Division at NASA Ames Research Center, the very division she had been hired into as a first year graduate student. Her success in that role led to her selection into the Senior Executive Service in 2007. Tapped by the NASA Headquarters Associate Administrator for the Science Mission Directorate, she moved to Washington, DC and served as NASA’s Senior Advisor for Research and Analysis from 2007-2008. There she provided independent assessments and guidance concerning NASA’s science research programs, and increased scientific productivity across the nation by reducing the time required to award research grants. During that time she was also responsible for the Education and Public Outreach of NASA’s Science Mission Directorate. Returning to NASA Ames in July of 2008, Yvonne became the Ames Deputy Associate Center Director where she provided guidance and direction to several collaborative scientific and technical efforts and served as an academic Dean of Students for several hundred students on the Ames campus each summer.

In the heart of Silicon Valley, NASA Ames has been the incubator for a novel approach to bringing researchers together to focus on interdisciplinary problems through virtual institutes, and Dr. Pendleton has been the Director of two of their most successful efforts. Named Director of the NASA Lunar Science Institute in 2010, Yvonne guided the fledgling virtual institute into a larger realm when it became the Solar System Exploration Research Virtual Institute (SSERVI) in 2013. The Institute is an innovative, virtual research organization that leverages knowledge and expertise from the science and exploration communities to support NASA’s goals in lunar and planetary science and human exploration of the Solar System. As the Director of SSERVI, Yvonne oversees a ~15M annual budget and the activities of more than 400 researchers across the nation. SSERVI also maintains active collaborations with 10 international partnerships, and all of this activity is run from a central office located at Ames.

As a young girl, Yvonne told family and friends that when she grew up she wanted to “work for NASA and study the stars”. Her success should encourage other young scientists to pursue their dreams. In 2014, Yvonne was named one of the most influential women in Silicon Valley by the San Jose Business Journal, and in 2015 she was honored with one of NASA’s highest awards, the Outstanding Leadership Medal for her success in guiding teams through challenging transitions. Now, with the Presidential Rank Award, she is being honored with one of the most prestigious awards—not only for NASA, but for the entire federal government. Congratulations to Dr. Pendleton for her success and much deserved recognition!

For more about Dr. Pendleton, including a selection of her research publications, visit: https://sservi.nasa.gov/?profile=yvonne-pendleton