Asteroid 2014 RC to Pass Close to Earth this Weekend 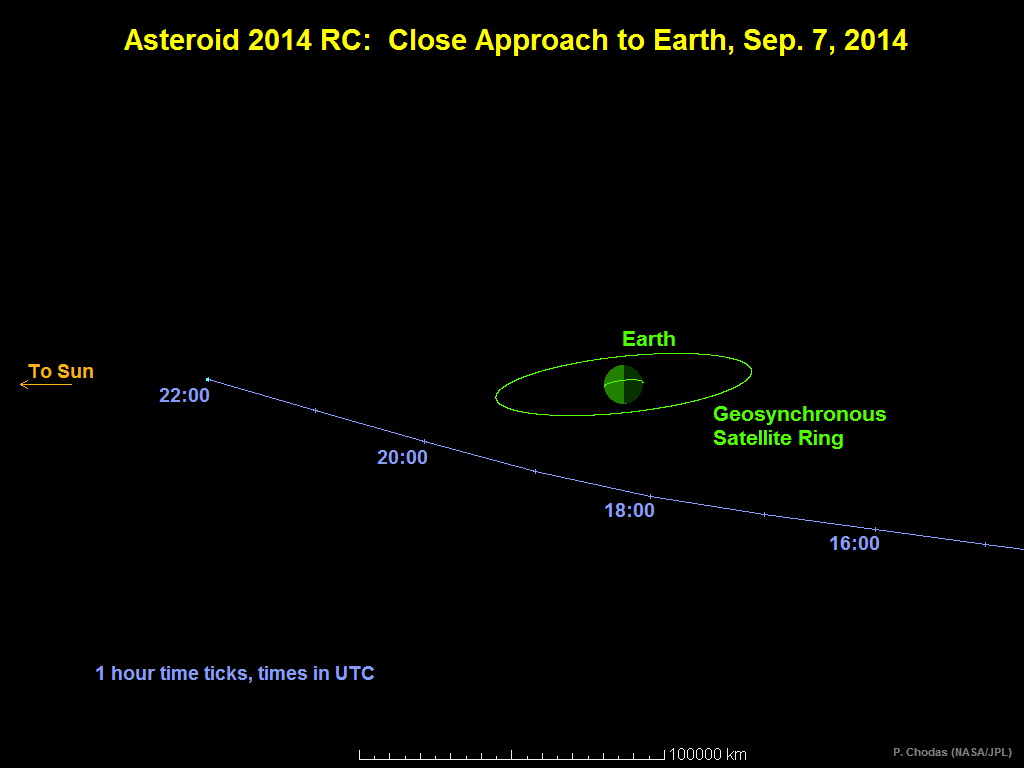 Asteroid 2014 RC will fly past Earth on September 7, 2014, as shown in this graphic. Credit: P. Chodas/NASA/JPL-Caltech.

Recently discovered Asteroid 2014 RC will be coming VERY close to Earth on Sunday. The asteroid is reportedly about 60 feet in diameter.

It actually comes almost to the GEO-SYNC band at 1/10th the Moon’s Distance, but during daylight for those on the West Coast. The best view from California is actually Saturday Night, September 6th. It will still be about the Moon’s Distance and about 14th magnitude near Midnight on Saturday.

It’s only moving 12-degrees per day at midnight, about the same speed as the Moon moves against the stars, and only gets as high as 32 degrees low to the south just after midnight. The Moon will be only 21 degrees away, making the asteroid a tough visual target through anything smaller than a 16” telescope.

Asteroid 2014 RC was initially discovered on the night of August 31 by the Catalina Sky Survey near Tucson, Arizona, and independently detected the next night by the Pan-STARRS 1 telescope, located on the summit of Haleakalā on Maui, Hawaii. Both reported their observations to the Minor Planet Center in Cambridge, Massachusetts. Additional follow-up observations by the Catalina Sky Survey and the University of Hawaii 88-inch (2.2-meter) telescope on Mauna Kea confirmed the orbit of 2014 RC.

The asteroid will pass below Earth and the geosynchronous ring of communications and weather satellites orbiting about 22,000 miles (36,000 kilometers) above our planet’s surface. While this celestial object does not appear to pose any threat to Earth or satellites, its close approach creates a unique opportunity for researchers to observe and learn more about asteroids. 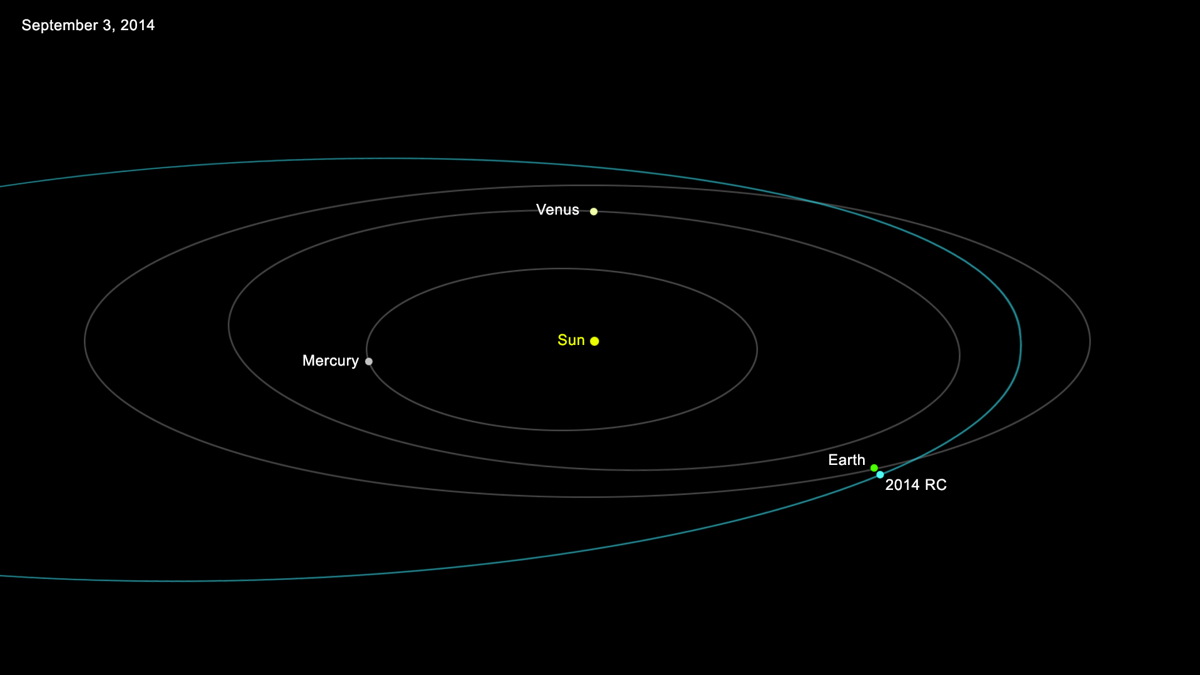 This graphic depicts the orbit of asteroid 2014 RC around the sun. Image Credit: NASA/JPL-Caltech

While 2014 RC will not impact Earth, its orbit will bring it back to our planet’s neighborhood in the future. The asteroid’s future motion will be closely monitored, but no future threatening Earth encounters have been identified.