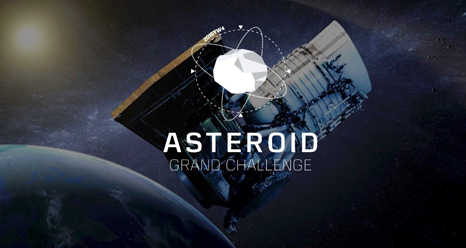 NASA’s Asteroid Data Hunter contest series was part of NASA’s Asteroid Grand Challenge, which is focused on finding all asteroid threats to human populations and knowing what to do about them. Image Credit: NASA

A software application based on an algorithm created by a NASA challenge has the potential to increase the number of new asteroid discoveries by amateur astronomers.

Analysis of images taken of our solar system’s main belt asteroids between Mars and Jupiter using the algorithm showed a 15 percent increase in positive identification of new asteroids.

During a panel Sunday at the South by Southwest Festival in Austin, Texas, NASA representatives discussed how citizen scientists have made a difference in asteroid hunting. They also announced the release of a desktop software application developed by NASA in partnership with Planetary Resources, Inc., of Redmond, Washington. The application is based on an Asteroid Data Hunter-derived algorithm that analyzes images for potential asteroids. It’s a tool that can be used by amateur astronomers and citizen scientists.

The Asteroid Data Hunter challenge was part of NASA’s Asteroid Grand Challenge. The data hunter contest series, which was conducted in partnership with Planetary Resources under a Space Act Agreement, was announced at the 2014 South by Southwest Festival and concluded in December. The series offered a total of $55,000 in awards for participants to develop significantly improved algorithms to identify asteroids in images captured by ground-based telescopes. The winning solutions of each piece of the contest combined to create an application using the best algorithm that increased the detection sensitivity, minimized the number of false positives, ignored imperfections in the data, and ran effectively on all computer systems.

“The Asteroid Grand Challenge is seeking non-traditional partnerships to bring the citizen science and space enthusiast community into NASA’s work,” said Jason Kessler, program executive for NASA’s Asteroid Grand Challenge. “The Asteroid Data Hunter challenge has been successful beyond our hopes, creating something that makes a tangible difference to asteroid hunting astronomers and highlights the possibility for more people to play a role in protecting our planet.”

The data hunter challenge incorporated data provided by the Minor Planet Center (MPC), at the Harvard-Smithsonian Center for Astrophysics in Cambridge, Massachusetts, and images provided by the Catalina Sky Survey, an astronomical survey project run by the University of Arizona, Tucson, and focused on the discovery and study of near-Earth asteroids and comets.

“We applaud all the participants in the Asteroid Data Hunter challenge. We are extremely encouraged by the algorithm created and it’s already making a difference. This increase in knowledge will help assess more quickly which asteroids are potential threats, human destinations or resource rich,” said Chris Lewicki, president and chief engineer at Planetary Resources. “It has been exciting for our team to work with NASA on this project, and we also look forward to future space-based systems leveraging these results.”

Astronomers find asteroids by taking images of the same place in the sky and looking for star-like objects that move between frames, an approach that has been used since before Pluto was discovered in 1930. With more telescopes scanning the sky, the ever-increasing volume of data makes it impossible for astronomers to verify each detection by hand. This new algorithm gives astronomers the ability to use computers to autonomously and rapidly check the images and determine which objects are suitable for follow up, which leads to finding more asteroids than previously possible.

“The beauty of such archives is that the data doesn’t grow stale, and with novel approaches, techniques and algorithms, they can be harvested for new information. The participants of the Asteroid Data Hunter challenge did just that, probing observations of the night sky for new asteroids that might have slipped through the software cracks the first time the images were analyzed,” said Jose Luis Galache of the MPC. “Moreover, this software can now be used to analyze new images and is available to any observer who wants to use it. The Minor Planet Center applauds these efforts to provide superior tools to all, and looks forward to receiving new asteroid observations generated with them.”

The desktop software application is free and can be used on any basic desktop or laptop computer. Amateur astronomers may take images from their telescopes and analyze them with the application. The application will tell the user whether a matching asteroid record exists and offer a way to report new findings to the Minor Planet Center, which then confirms and archives new discoveries.

Through NASA’s asteroid initiative, the agency seeks to enhance its ongoing work in the identification and characterization of near-Earth objects for further scientific investigation. This work includes locating potentially hazardous asteroids and identifying those viable for redirection to a stable lunar orbit for future exploration by astronauts using NASA’s Space Launch System rocket and Orion spacecraft. The Asteroid Grand Challenge, one part of the asteroid initiative, expands the agency’s efforts beyond traditional boundaries and encourages partnerships and collaboration with a variety of organizations.

The algorithm contests were managed and executed by NASA’s Center of Excellence for Collaborative Innovation (CoECI). CoECI was established at the request of the White House Office of Science and Technology Policy to advance NASA’s open innovation efforts and extend that expertise to other federal agencies. CoECI uses the NASA Tournament Lab (NTL) for its advanced algorithmic and software development contests. Through its contract with the Crowd Innovation Lab at Harvard University, NTL uses Appirio’s Crowdsourcing platform powered by Topcoder to enable a community of more than 750,000 designers, developers and data scientists to create the most innovative, efficient and optimized solutions for specific, real-world challenges faced by NASA. Data storage of the Catalina Sky Survey data was provided by Amazon Web Services.

The new asteroid hunting application can be downloaded at: