Bright Explosion on the Moon 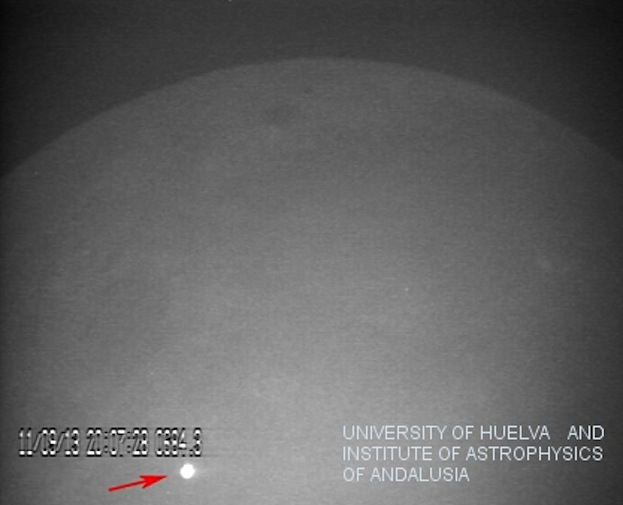 The impact of a large meteorite on the lunar surface on Sept. 11, 2013, resulted in a bright flash, observed by scientists at the MIDAS observatory in Spain. Credit: J. Madiedo / MIDAS

The high-speed impact of a wayward space rock on the surface of the moon last year triggered the brightest lunar explosion ever seen, scientists say.

Video footage of the record-breaking meteorite strike on the moon, which occurred on Sept. 11, 2013 and was unveiled Feb. 24, shows a long flash that was almost as bright as the North Star Polaris. That means the boulder-sized meteorite’s lunar crash could have been visible to anyone on Earth who happened to be staring up at the moon at 8:07 p.m. GMT, weather permitting.

“At that moment I realized that I had seen a very rare and extraordinary event,” Jose Madiedo, a professor at the University of Huelva, said in a statement. Madiedo witnessed the collision using two moon-watching telescopes in the south of Spain that are part of the Moon Impacts Detection and Analysis System, or MIDAS observatory.