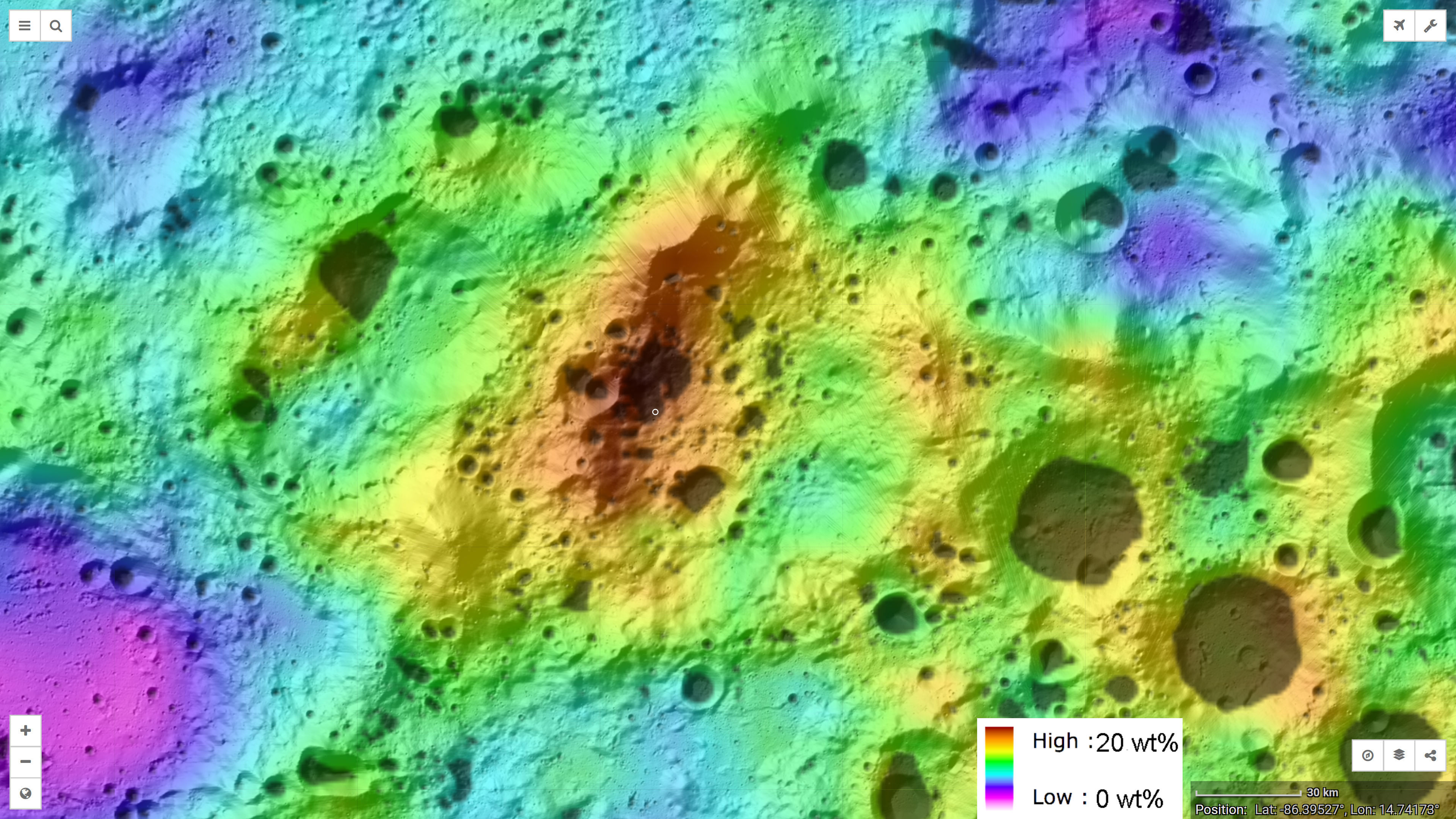 Occupying the central part of this image is the battered oval of Cabeus Crater on the Moon, the site of an important and exciting discovery 10 years ago. About 98 km across and 4 km deep, Cabeus is only about 100 km (62 miles) from the lunar south pole. Its extreme southerly latitude means that at any time, shadows cover most of the crater’s floor, and significant parts of the floor are in permanent shadow. Researchers realized that these areas would be exceptionally cold and could be places where water ice might accumulate. This was supported by measurements from the neutron spectrometer instrument aboard NASA’s Lunar Prospector spacecraft which orbited the Moon in 1998-1999. The neutron spectrometer detected concentrations of hydrogen within Cabeus and other locations near the poles, but could not specify what form the hydrogen took. Water ice seemed a likely candidate, but we didn’t have proof of that.

The Lunar Crater Observation and Sensing Satellite (LCROSS) was designed to answer this question. It launched along with NASA’s Lunar Reconnaissance Orbiter (LRO) aboard an Atlas V rocket on June 18, 2009. LCROSS held on to the massive Centaur upper stage of the Atlas V as it flew past the Moon and looped into a highly-inclined orbit around the Earth-Moon system. On October 9, 2009, LCROSS and the Centaur separated as they made a steep dive toward the lunar south pole. The plan was to send the two-ton Centaur upper stage speeding ahead at 9,000 km/h (5,600 mph), slamming into a permanently-shadowed region in Cabeus, blasting hundreds of tons of lunar material off the ground, out of the shadows, and high into the Moon’s sky. The LCROSS spacecraft would dive through the plume of debris, analyzing it for the presence of water ice. The audacious plan worked, with LCROSS detecting concentrations of water within the plume to be about 5.6 ± 2.9% by mass. This important discovery of the potentially valuable resource of water ice at the lunar poles has shaped our plans for future lunar exploration ever since.

This Moon Trek image of Cabeus has as its base a laser altimetry map from the LOLA instrument aboard LRO, allowing us to penetrate the deep, obscuring shadows of the lunar south polar area. Blended into this is a color-coded neutron spectrometry map from Lunar Prospector, showing regions with high concentrations of hydrogen in orange. Permanently-shadowed regions are shown in grey. The white circle marks the Centaur impact site.