Matt Everingham led a group from Exploration Uplink, Spaceward Bound, and others in a project at Science Hack Day over the weekend and the panel of judges gave them the award for Best Science. 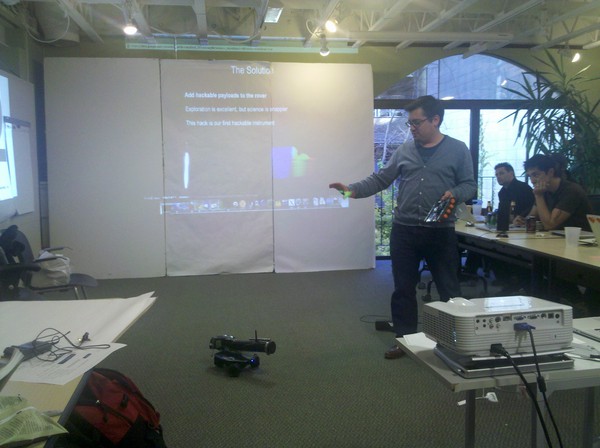 The project was to integrate a very inexpensive DIY spectrograph onto a rover by developing an Android app to analyze the spectrum using the phone’s camera. Part of the prize will be an interview on Dr. Kiki Sanford’s radio blog.

After working on the project Saturday and Sunday, they were able to demonstrate prototype software and hardware to the event attendees. “We had a lot of fun working on it, and it was a good experience networking with others who are interested in science,” Everingham said.

The nature of the event is that the attendees (including web developers, scientists, bio engineers, designers, mechanical engineers, and others) form informal teams to pursue projects. At the end of the event, each team presents their project to the entire group. There were about 100 people in attendance.