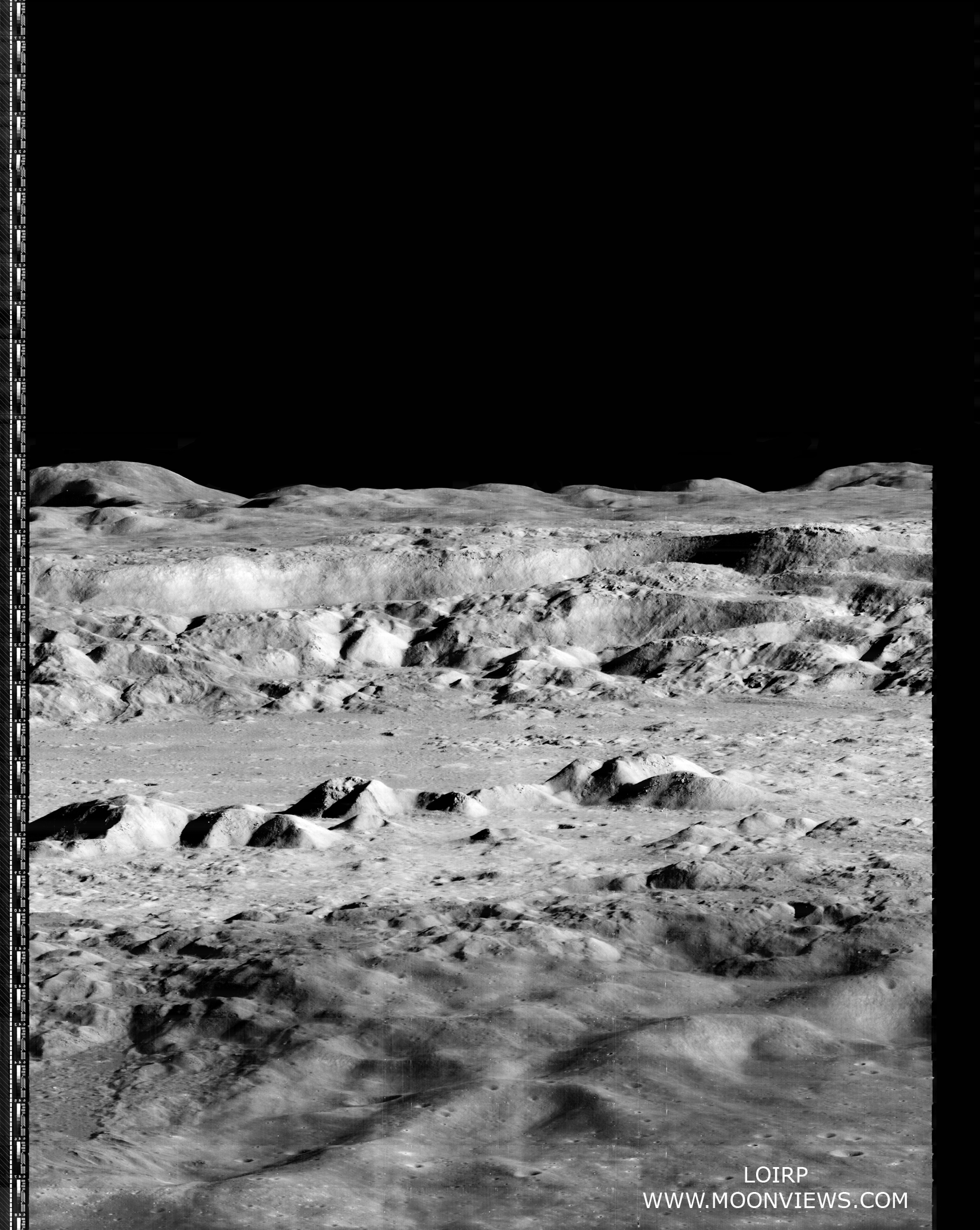 An iconic image from the initial exploration of the Moon was re-released showing detail that could not have been seen using technology available at the time the photo was taken. This image features a dramatic view inside the majestic crater Copernicus – a view that left millions in awe when it was first released.

Between 1966 and 1967 NASA sent five Lunar Orbiter spacecraft to the Moon. Their job was to survey the surface to help determine landing sites for the upcoming Apollo missions. In addition to their recon role, these spacecraft also significantly contributed to our scientific understanding of the Moon. They also captured photos of this nearby world that human eyes had never seen before.

Once such image was taken of crater Copernicus on 24 November 1966 by the Lunar Orbiter 2 spacecraft. What made this photo so unique was the oblique angle it was taken at as well the close proximity of the spacecraft to its target. The image was taken at an altitude of 45 km (27.1 miles) at a distance of approximately 207.7 km (~125 miles) from the center of the crater. Instead of looking down, the spacecraft looked sideways at the Moon.

For the first time people saw the Moon as a world with mountains and boulders and other features (some of them strange) that were not apparent from photos where the view was looking straight down. Life Magazine called the photo “The Picture of the Century.” Along with the equally famous Earthrise image taken by Lunar Orbiter 1, the Moon went from being a distant sight in the sky to a world waiting to be explored.

Read more of this story along with additional images at https://www.moonviews.com/.