LADEE Flies Lower Than Ever As Mission Nears End 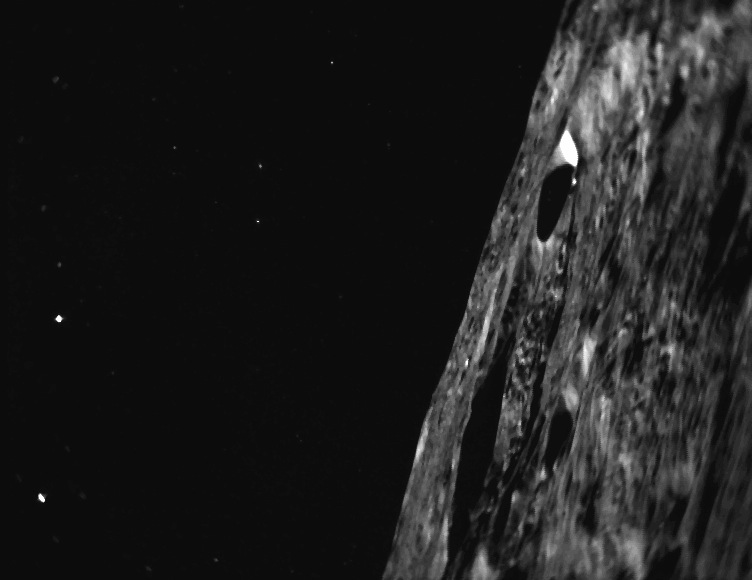 An image taken by the star trackers aboard LADEE of the moon’s surface illuminated by a nearly full Earth. Image Credit: NASA/Ames

On March 1, 2014, NASA’s Lunar Atmosphere and Dust Environment Explorer (LADEE) successfully completed its full 100-day science mission. The science instruments have continued to acquire data for another bonus lunation – or a complete lunar day that lasts 29.5 Earth days – during the mission extension. It turns out that this extra time is important to understanding the sources and drivers of the tenuous lunar atmosphere, because conditions are never exactly the same from month to month. Plus, the more we learn about the moon, its dust and exosphere, the more skilled we become in planning precise instrument measurements at just the right times. We’ve also increased the duty cycle of our instrument operations and are burning more science hours per orbit than ever before.

LADEE’s star trackers have taken more cool images. This recent series portrays the Moon’s surface illuminated by a nearly full Earth. The images, taken once a minute, show the changes in lighting and terrain as LADEE approaches the boundary of the nearside and far side, where light from the bright Earth does not reach. The transition from smooth mare plains to the rugged, heavily cratered highlands is clear. In this series, Earth’s illumination angle changes from high to very low – the last image shows a few lonely mountain tops illuminated by the rays of the distant Earth, off to the left. You may notice that the stars above the limb never move – LADEE was in a fixed inertial attitude at the time, downloading science data to a ground station.

Taking images is an unusual task for a star tracker, since its main purpose is to determine where in space it is looking, like a navigator, so the spacecraft can know its attitude relative to sun, moon and Earth. It so happens that the star trackers are able to compress and save images every eight seconds. If those images contain not just stars, but the dark limb of the unlit moon, an interesting possibility presents itself: what if we could reproduce the famous view that Apollo astronaut Eugene Cernan sketched more than 40 years ago? What if we could see a horizon glow just before orbital sunrise? Might we see levitated dust, illuminated by sunshine while LADEE is in the dark shadow of the moon? More on this soon! 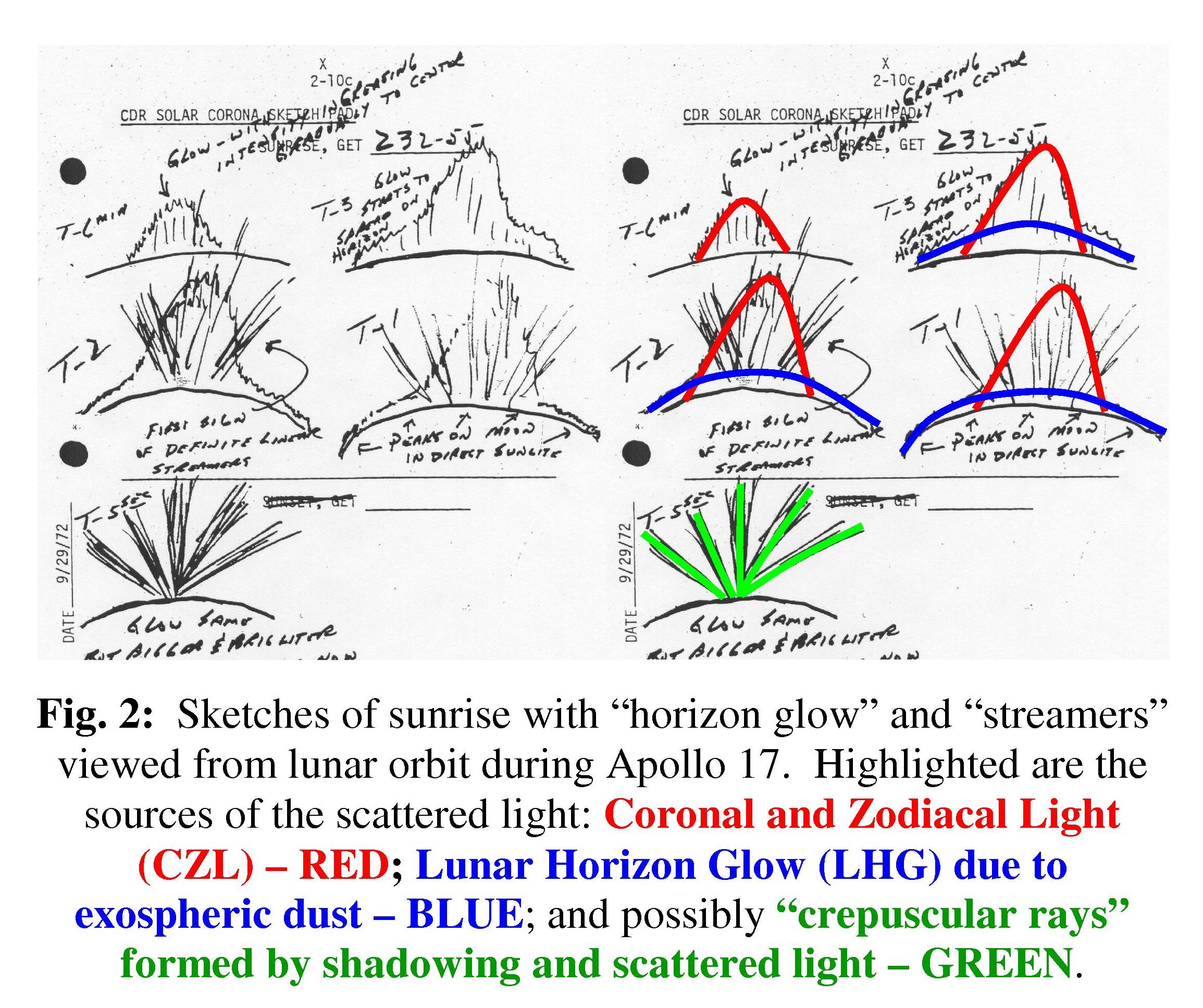 This is a sketch of the lunar sunrise seen from orbit by Apollo 17 astronaut Eugene Cernan. Highlights in the right image show the sources of the scattered light. Image Credit: NASA

LADEE has been flying lower than ever before, exploring new regions near the bottom of the moon’s tenuous atmosphere and thin dust veil. In recent days we have flown as low as three kilometers (two miles) above the lunar terrain. Imagine the view from the Appennine Mountains at the eastern edge of Mare Imbrium, as LADEE races by at 1,650 meters per second (3,690 miles per hour, more than three times the speed of a high-powered rifle bullet) and 3,100 meters (10,000 feet) overhead.

Now LADEE’s orbit is naturally evolving toward higher altitudes, but only temporarily – the end is near! LADEE performed its 22nd and final orbit maintenance maneuver in the evening of Friday, April 11. This maneuver lowered periapsis – or the spacecraft’s closest approach to the moon’s surface – to a few kilometers again, providing a second opportunity to acquire high-value science at low altitudes over a different part of the moon.