NASA, France to Collaborate on Planetary Science and Space Exploration 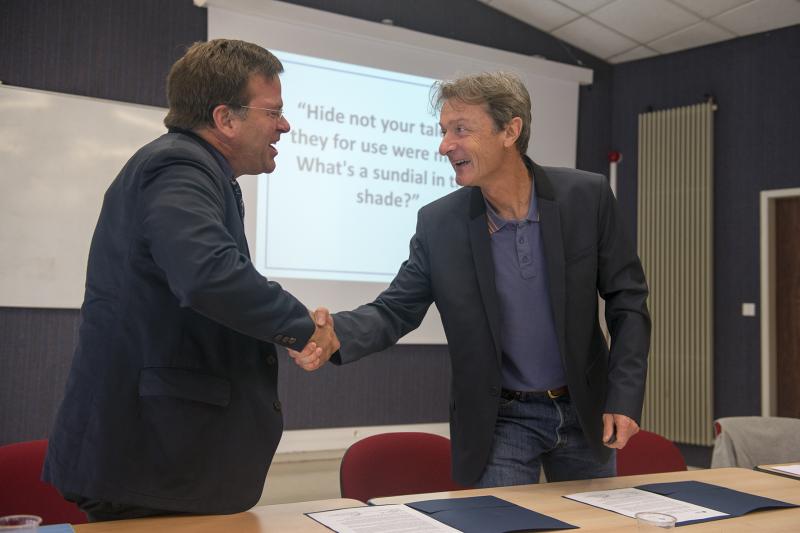 NASA and the Astrophysics and Planetology Research Institute (IRAP), located in Toulouse, France, have signed an Affiliate Member statement with NASA’s Solar System Exploration Research Virtual Institute (SSERVI), which supports lunar and planetary science research to advance human exploration of the solar system through scientific discovery. With the establishment of a NASA SSERVI French team, the planetary science community in France can now participate in SSERVI programs on a no-exchange-of-funds basis.

“France’s impressive proposal to SSERVI offers scientific and technological expertise in the study of the Moon and Mercury, Vesta and Ceres asteroids in the Dawn mission, and comets like Churuymov-Gerasimenko (67P) of the ongoing Rosetta mission,” said Yvonne Pendleton, director of SSERVI. “We are eager to see what scientific discoveries result from this partnership.”

Dr. Patrick Pinet, who submitted the proposal, is a senior scientist at the French National Research Center (CNRS) and deputy-director of the IRAP laboratory. Belonging to the Midi-Pyrénées Observatory, the laboratory benefits from the support of the CNRS’ National Institute for Study of the Universe, the Paul Sabatier Toulouse III University, and the French Space Agency (CNES). “The lab works closely with the Toulouse-based part of CNES, the European Space Agency, the Japanese Aerospace Exploration Agency, the Indian Space Research Organization, and now NASA SSERVI. This is a special moment for France,” said Dr. Pinet.

“Our French partners have put together a compelling proposal that outlines multiple topics for potential collaborative research. This partnership will be important to NASA and its international partners who are successfully conducting the ambitious activities of exploring the solar system with robots and humans,” said Greg Schmidt, deputy director of SSERVI, who directs international partnerships.

SSERVI, a virtual institute of domestic and international partnerships, enables cross-team and interdisciplinary research to push the boundaries of science and exploration. Located at NASA’s Ames Research Center in Moffett Field, California, SSERVI is funded jointly by the agency’s Science Mission and Human Exploration and Operations Mission directorates at NASA Headquarters in Washington.

About Dr. Pinet
Patrick Pinet is a planetary scientist with degrees in Physics and Astronomy and expertise in the field of planetary surfaces studies. As a member of the ChemCam team, he contributed to the characterization of the potential landing sites for MSL and assisted in the selection of analysis tools that will be used for interpreting the ChemCam observations. His scientific interest in Mars came in 1988 as his team was testing the first CCD cameras used for telescopic monitoring of planets at Pic-du-Midi observatory in the French Pyrenees. They set up an observational campaign at that time and made great multispectral observations of Mars; seeing through the martian dust and detecting spectral signatures indicative of the presence of magmatic minerals triggered his curiosity for Mars geology, volcanism, and evolution.

His participation in different space missions such as Clementine and Mars Express prepared him for exploring Mars with ChemCam. Mars is important to study because, in our present state of knowledge of the Red Planet, it is the closest planet to our own world in terms of both environmental conditions and geology. Whatever the politics, mankind will set its foot there in the not too distant future. On a more fundamental note, we need to study, in a very detailed way, at least one other body other than Earth to truly be able to compare the evolution of planetary objects. Mars may not be the Holy Grail but it is surely the easiest case among all the planets of the Solar System to achieve this.