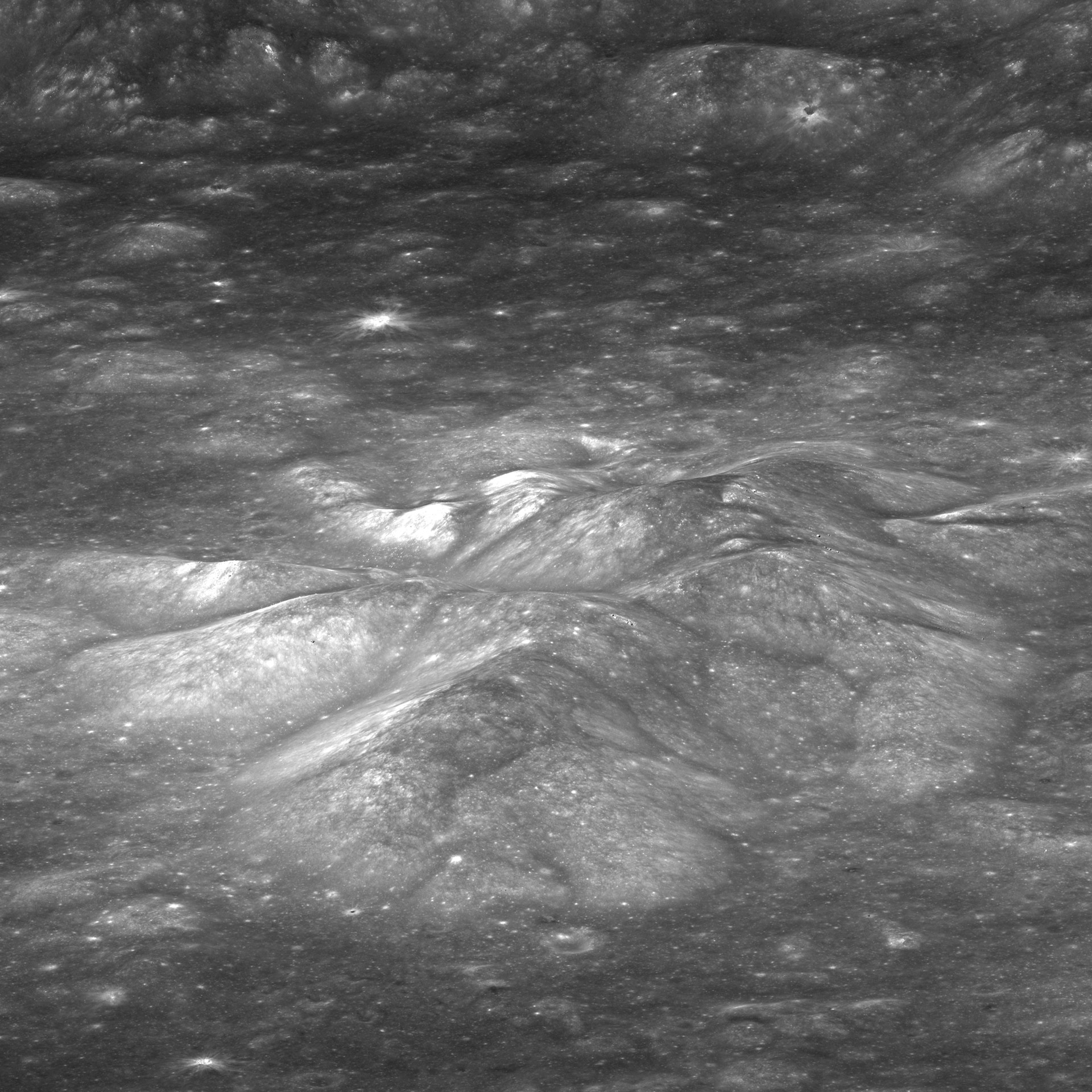 Scientists have learned that the lunar impact crater Bullialdus has significantly more hydroxyl — a molecule consisting of one oxygen atom and one hydrogen atom — compared to its surroundings. Pictured is the central peak of Bullialdus rising above the crater floor with the crater wall in the background. Image Credit: NASA/GSFC/Arizona State University

NASA-funded lunar research has yielded evidence of water locked in mineral grains on the surface of the moon from an unknown source deep beneath the surface.

Using data from NASA’s Moon Mineralogy Mapper (M3) instrument aboard the Indian Space Research Organization’s Chandrayaan-1 spacecraft, scientists remotely detected magmatic water, or water that originates from deep within the moon’s interior, on the surface of the moon.

The findings, published Aug. 25 in Nature Geoscience, represent the first detection of this form of water from lunar orbit. Earlier studies had shown the existence of magmatic water in lunar samples returned during the Apollo program.

M3 imaged the lunar impact crater Bullialdus, which lies near the lunar equator. Scientists were interested in studying this area because they could better quantify the amount of water inside the rocks due to the crater’s location and the type of rocks it held. The central peak of the crater is made up of a type of rock that forms deep within the lunar crust and mantle when magma is trapped underground.

“This rock, which normally resides deep beneath the surface, was excavated from the lunar depths by the impact that formed Bullialdus crater,” said Rachel Klima, a planetary geologist at the Johns Hopkins University Applied Physics Laboratory (APL) in Laurel, Md.

“Compared to its surroundings, we found that the central portion of this crater contains a significant amount of hydroxyl – a molecule consisting of one oxygen atom and one hydrogen atom — which is evidence that the rocks in this crater contain water that originated beneath the lunar surface,” Klima said.

In 2009, M3 provided the first mineralogical map of the lunar surface and discovered water molecules in the polar regions of the moon. This water is thought to be a thin layer formed from solar wind hitting the moon’s surface. Bullialdus crater is in a region with an unfavorable environment for solar wind to produce significant amounts of water on the surface.

“NASA missions like Lunar Prospector and the Lunar Crater Observation and Sensing Satellite and instruments like M3 have gathered crucial data that fundamentally changed our understanding of whether water exists on the surface of the moon,” said S. Pete Worden, center director at NASA’s Ames Research Center in Moffett Field, Calif. “Similarly, we hope that upcoming NASA missions such as the Lunar Atmosphere and Dust Environment Explorer, or LADEE, will change our understanding of the lunar sky.”

The detection of internal water from orbit means scientists can begin to test some of the findings from sample studies in a broader context, including in regions that are far from where the Apollo sites are clustered on the near side of the moon. For many years, researchers believed that the rocks from the moon were bone-dry and any water detected in the Apollo samples had to be contamination from Earth.

“Now that we have detected water that is likely from the interior of the moon, we can start to compare this water with other characteristics of the lunar surface,” said Klima. “This internal magmatic water also provides clues about the moon’s volcanic processes and internal composition, which helps us address questions about how the moon formed, and how magmatic processes changed as it cooled.”