NASA has selected nine research teams from seven states for a new institute that will bring researchers together in a collaborative virtual setting to focus on questions concerning space science and human space exploration.

The teams participating in the Solar System Exploration Research Virtual Institute (SSERVI) will address scientific questions about the moon, near-Earth asteroids, the Martian moons Phobos and Deimos, and their near space environments, in cooperation with international partners.

“We look forward to collaborative scientific discoveries from these teams,” said Jim Green, director of the Planetary Science Division of NASA’s Science Mission Directorate in Washington. “These results will be vital to NASA successfully conducting the ambitious activities of exploring the solar system with robots and humans.”

Based and managed at NASA’s Ames Research Center at Moffett Field, Calif., the institute will support scientific research and complement and extend existing NASA science programs. SSERVI represents an expansion of NASA’s Lunar Science Institute, established at Ames in 2008, to include other solar system destinations.

“SSERVI continues to strengthen the collaboration between exploration and science as we explore the solar system together,” said Jason Crusan, director of the Advanced Exploration Systems Division in NASA’s Human Exploration and Operations Mission Directorate in Washington.

SSERVI members include academic institutions, non-profit research institutes, private companies, NASA centers and other government laboratories. The winning teams, which SSERVI will support for five years at a combined total of about $12 million per year, were selected from a pool of 32 proposals based on competitive peer-review evaluation. 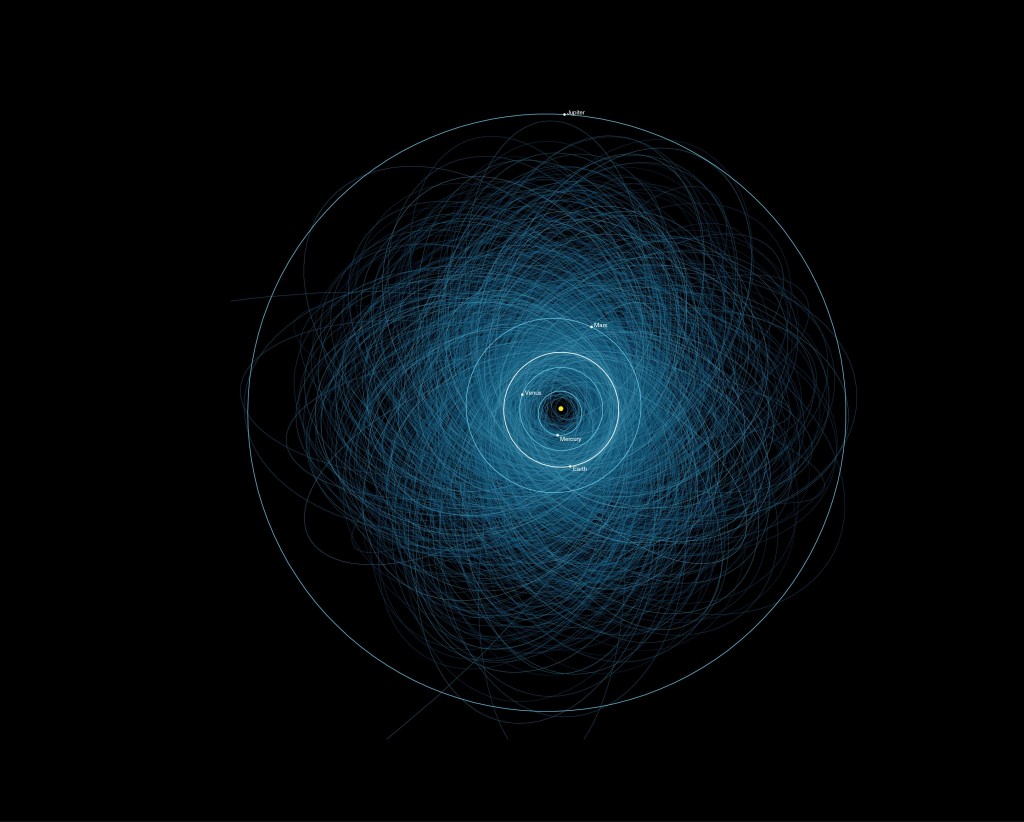 This graphic shows the orbits of all the known Potentially Hazardous Asteroids (PHAs), numbering over 1,400 as of early 2013. These documented tumbling boulders of rock and ice are over 140 meters across and will pass within 7.5 million kilometers of Earth—about 20 times the distance to the Moon. Although none of them will strike the Earth in the next 100 years—not all PHAs have been discovered, and past 100 years, many orbits become hard to predict. By continuing to observe and track these asteroids, their orbits can be refined and more precise predictions made of their future close approaches and impact probabilities. Image Credit: NASA/JPL-Caltech

“We are extremely pleased that the community responded with such high-quality proposals, and look forward to the many contributions new SSERVI team members will make in addressing NASA’s science and exploration goals,” said Yvonne Pendleton, the Institute’s director at NASA’s Ames Research Center at Moffett Field CA. 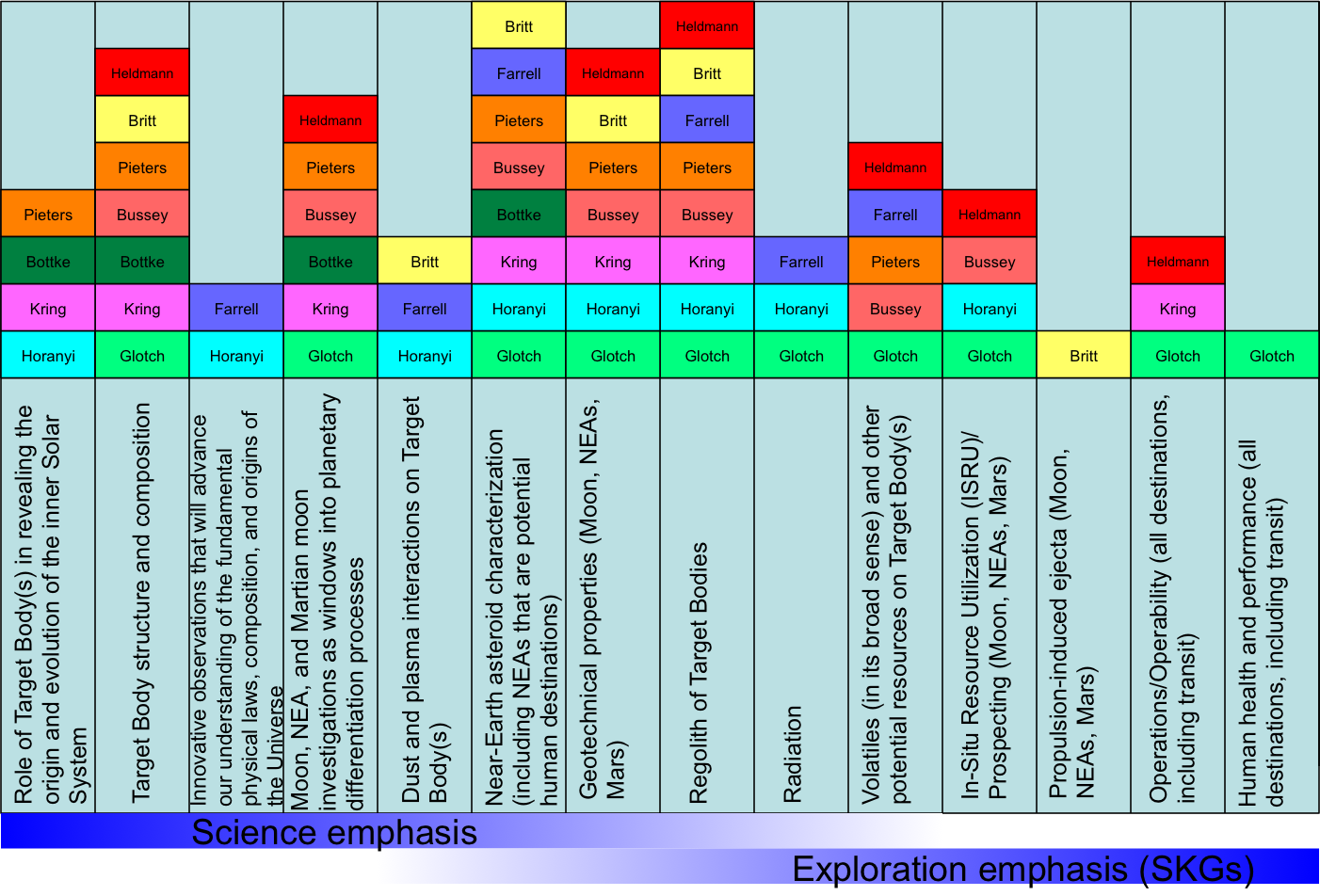 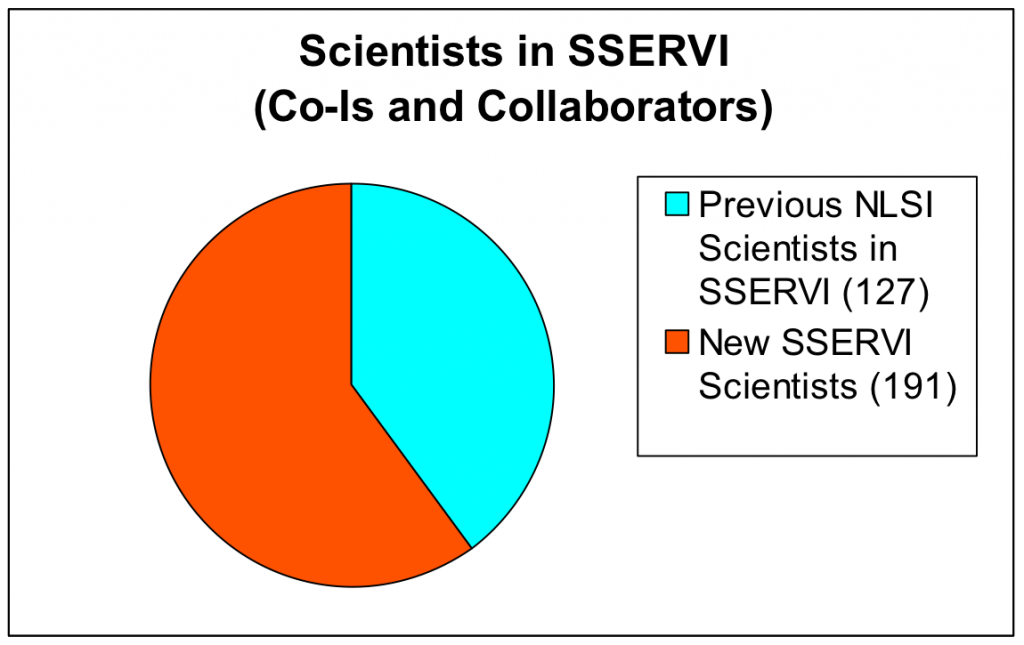 The selected SSERVI member teams are:

SSERVI is a virtual institute that, together with international partnerships, brings researchers together in a collaborative virtual setting. The virtual institute model enables cross-team and interdisciplinary research that pushes forward the boundaries of science and exploration. SSERVI is supported by the Science Mission Directorate (SMD) and Human Exploration and Operations Mission Directorate (HEOMD) at NASA Headquarters in Washington.

The SSERVI Mission is to:

• Conduct and catalyze collaborative research in lunar and planetary science, enabling cross-disciplinary partnerships throughout the science and exploration communities