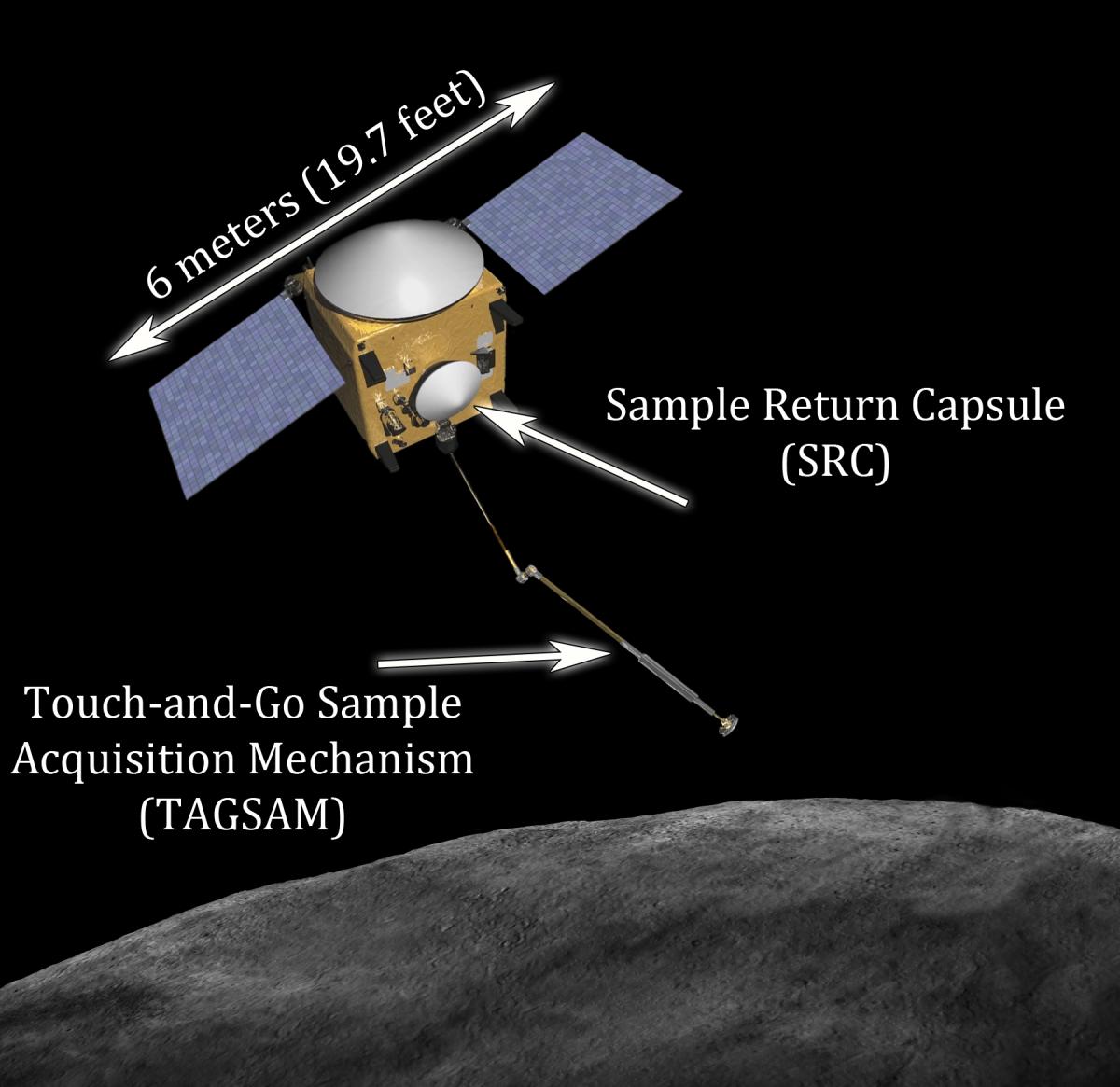 The OSIRIS-REx spacecraft collecting a sample from the surface of Bennu. Credit: NASA/ASU

NASA’s first mission to sample an asteroid is moving ahead into development and testing in preparation for its launch in 2016.

OSIRIS-REx will rendezvous with the asteroid Bennu in 2018 and return a sample of it to Earth in 2023.

“Successfully passing KDP-C is a major milestone for the project,” said Mike Donnelly, OSIRIS-REx project manager at NASA’s Goddard Space Flight Center in Greenbelt, Md. “This means NASA believes we have an executable plan to return a sample from Bennu. It now falls on the project and its development team members to execute that plan.”

Bennu could hold clues to the origin of the solar system. OSIRIS-REx will map the asteroid’s global properties, measure non-gravitational forces and provide observations that can be compared with data obtained by telescope observations from Earth. OSIRIS-REx will collect a minimum of 2 ounces (60 grams) of surface material.

“The entire OSIRIS-REx team has worked very hard to get to this point,” said Dante Lauretta, OSIRIS-REx principal investigator at the University of Arizona in Tucson. “We have a long way to go before we arrive at Bennu , but I have every confidence when we do, we will have built a supremely capable system to return a sample of this primitive asteroid.”

The mission will be a vital part of NASA’s plans to find, study, capture and relocate an asteroid for exploration by astronauts. NASA recently announced an asteroid initiative proposing a strategy to leverage human and robotic activities for the first human mission to an asteroid while also accelerating efforts to improve detection and characterization of asteroids.

For more information on OSIRIS-REx, visit: