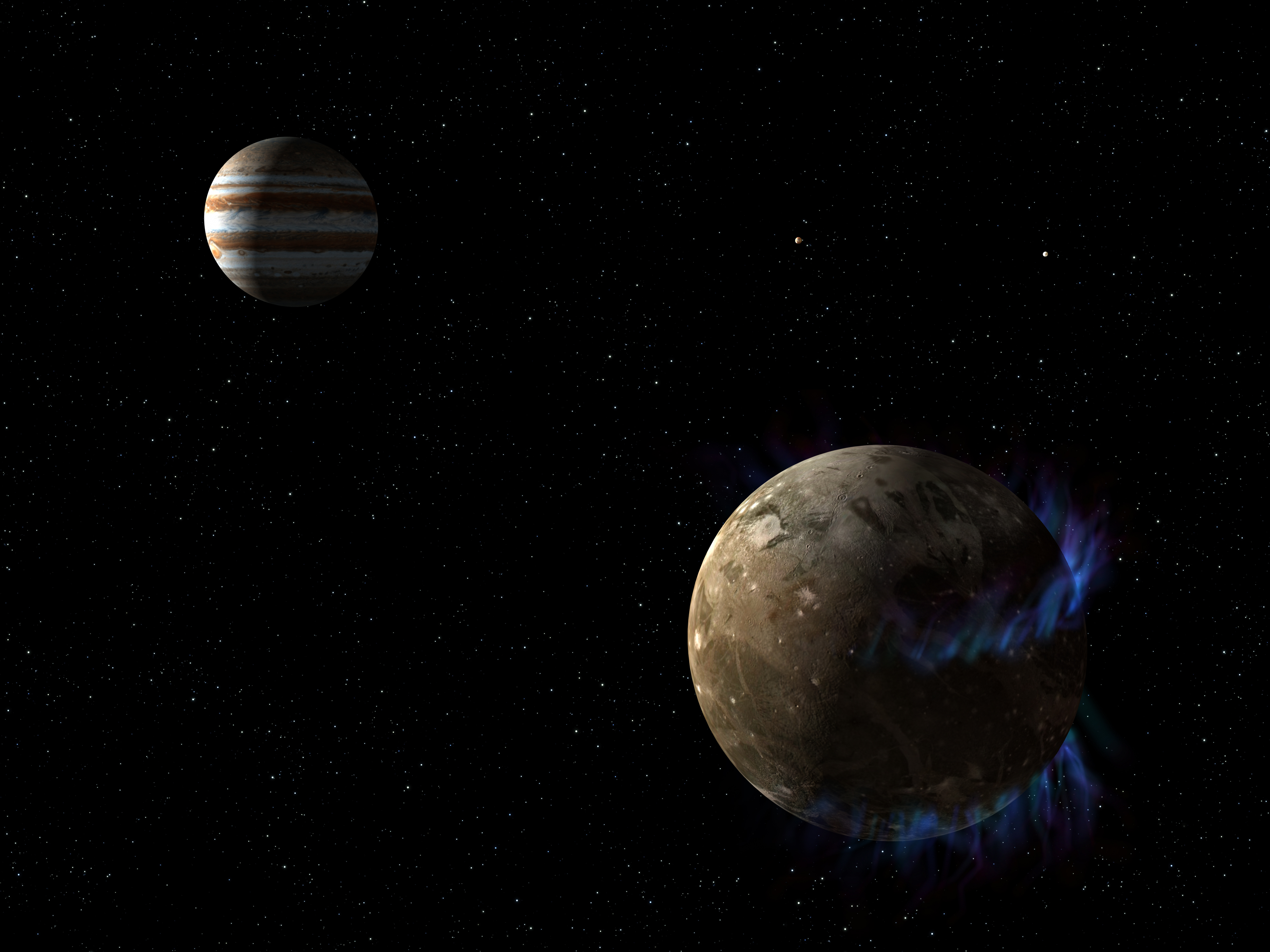 NASA’s Hubble Space Telescope has the best evidence yet for an underground saltwater ocean on Ganymede, Jupiter’s largest moon. The subterranean ocean is thought to have more water than all the water on Earth’s surface.

Identifying liquid water is crucial in the search for habitable worlds beyond Earth and for the search of life as we know it.

“This discovery marks a significant milestone, highlighting what only Hubble can accomplish,” said John Grunsfeld, associate administrator of NASA’s Science Mission Directorate at NASA Headquarters, Washington. “In its 25 years in orbit, Hubble has made many scientific discoveries in our own solar system. A deep ocean under the icy crust of Ganymede opens up further exciting possibilities for life beyond Earth.”

By watching the rocking motion of the two aurorae, scientists were able to determine that a large amount of saltwater exists beneath Ganymede’s crust affecting its magnetic field.

A team of scientists led by Joachim Saur of the University of Cologne in Germany came up with the idea of using Hubble to learn more about the inside of the moon.

Scientists estimate the ocean is 60 miles (100 kilometers) thick – 10 times deeper than Earth’s oceans – and is buried under a 95-mile (150-kilometer) crust of mostly ice.

Scientists first suspected an ocean in Ganymede in the 1970s, based on models of the large moon. NASA’s Galileo mission measured Ganymede’s magnetic field in 2002, providing the first evidence supporting those suspicions. The Galileo spacecraft took brief “snapshot” measurements of the magnetic field in 20-minute intervals, but its observations were too brief to distinctly catch the cyclical rocking of the ocean’s secondary magnetic field. 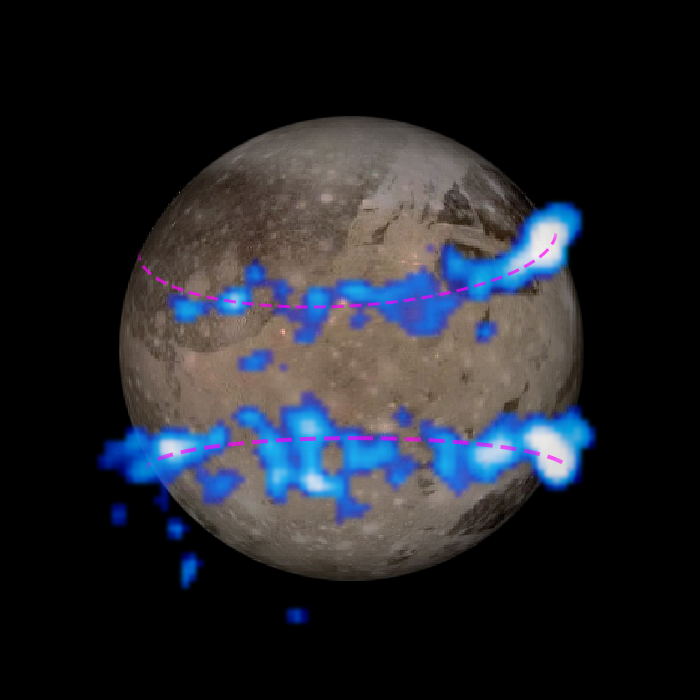 NASA Hubble Space Telescope images of Ganymede’s auroral belts (colored blue in this illustration) are overlaid on a Galileo orbiter image of the moon. The amount of rocking of the moon’s magnetic field suggests that the moon has a subsurface saltwater ocean. Credit: NASA/ESA

NASA’s Hubble Space Telescope is celebrating 25 years of groundbreaking science on April 24. It has transformed our understanding of our solar system and beyond, and helped us find our place among the stars. To join the conversation about 25 years of Hubble discoveries, use the hashtag #Hubble25.

Hubble is a project of international cooperation between NASA and ESA (European Space Agency). NASA’s Goddard Space Flight Center in Greenbelt, Maryland, manages the telescope. The Space Telescope Science Institute (STScI) in Baltimore, Maryland, conducts Hubble science operations. STScI is operated for NASA by the Association of Universities for Research in Astronomy, Inc., in Washington.