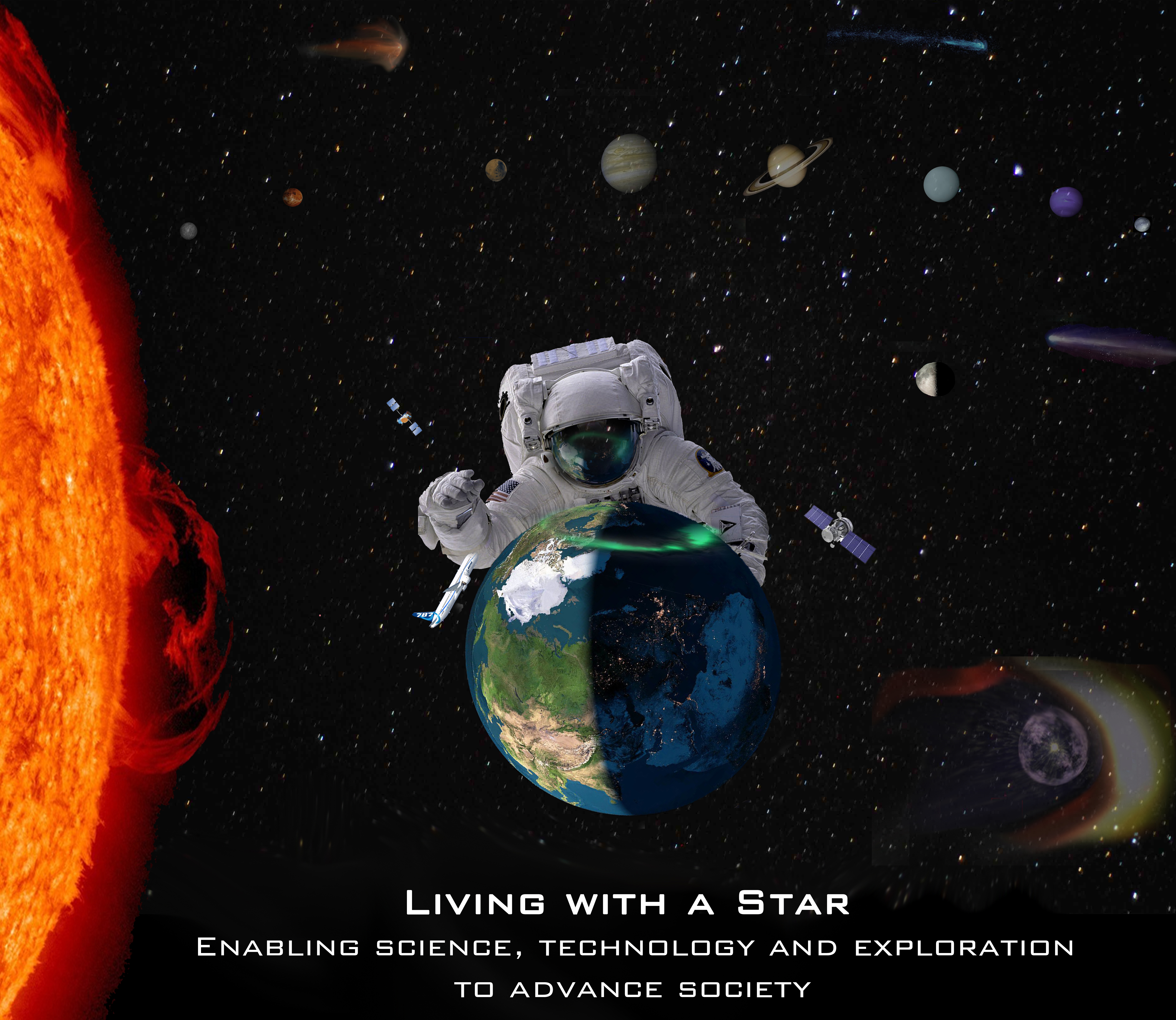 Our expanding knowledge of the space environment is a key enabler for future human exploration. Recent trends in solar activity show that the next solar maximum may be unique opportunity to send humans into deep space. Image Credit: Jane Schwadron

Humans have long dreamed of traveling to Mars, and several nations and private organizations are developing plans for crewed Mars missions in the coming decades. But a recent study looking at the risks for astronauts going to the moon, Mars, and other destinations, suggests some times will be safer than others for humans attempting the journey.

Nathan Schwadron, of the University of New Hampshire at Durham, and member of the DREAM2 team lead by Principal Investigator William Farrell, was the lead author on a paper focusing on the future of manned deep space exploration published in Space Weather, a journal of the American Geophysical Union. He and his team believe that radiation hazards during trips to the moon, Mars, or other destinations outside the protective shield of Earth’s magnetic field remain one of the most daunting challenges to human exploration beyond low-Earth orbit.

The two main sources of radiation are the galactic cosmic rays (GCRs) from supernova explosions in the far-off corners of the galaxy that send galactic cosmic rays rocketing towards our solar system at nearly the speed of light, and the Solar Energetic Particles (SEPs) emitted from our own Sun. Cosmic rays are the most energetic particles in the universe, and remain a significant and worsening factor that limits mission durations.

“The high energy of GCRs allows these particles to penetrate nearly every material known to man, including shielding on space craft; when the cosmic rays penetrate that shielding, secondary particles are produced that can damage organs and lead to cancer,” said Schwadron.

Our Sun also erupts energetic matter from its surface, going through cyclical bursts of magnetic activity where it is more or less active. When the Sun is active, the frequency of eruptions increase, and the Sun’s magnetic field intensifies. While this increases the likelihood of dangerous SEP events, the upside is that the magnetic field also deflects cosmic radiation away from the solar system, protecting astronauts from even more dangerous GCRs. Right now, the Sun is emerging from what many are calling the “mini-maximum”, anticipated to be the smallest solar maximum that modern scientists have ever directly observed.

What Schwadron and his colleagues have found is that the solar activity has been decreasing over the last few solar cycles, and may likely continue to decrease in the next solar cycle. This means that astronauts may face higher levels of radiation than ever before. However, during Solar maximum, the GCR rate drops, and because the overall cycle-integrated solar activity is down, the overall likelihood of SEPs found during solar maximum is also reduced.

“It is a bit ironic, but the reduced GCRs in solar maximum and possibly fewer SEP events because of the trend of decreasing solar activity suggests that the next solar maximum may be one of the safest times to fly missions to deep space in the last 80 years,”said Schwadron.

NASA sets limits on how much cosmic radiation exposure is safe for astronauts, and is developing human health countermeasures to minimize the risks to crew members during space exploration missions beyond low Earth orbit. During periods of low solar activity, a 30-year-old astronaut can spend roughly one year in space—just enough time to get to Mars and back—before the constant bombardment by cosmic rays pushes the risk of radiation-induced cancer above current exposure limits.

This is truly a case where science is enabling exploration. “These radiation measurements are an important addition to our understanding of the fluctuating space radiation environment and potential radiation risks,” said SSERVI Director Yvonne Pendleton. “This research is helping us prepare and plan for future human exploration.”

This research was supported in part by NASA’s Solar System Exploration Research Virtual Institute (SSERVI) at NASA’s Ames Research Center in Moffett Field, California. SSERVI is funded by the Science Mission Directorate and Human Exploration and Operations Mission Directorate at NASA Headquarters to enable cross-team and interdisciplinary research that pushes forward the boundaries of science and exploration.

The University of New Hampshire, founded in 1866, is a land, sea and space-grant university, and a world-class public research university with the feel of a New England liberal arts college.

For more information about UNH, visit: