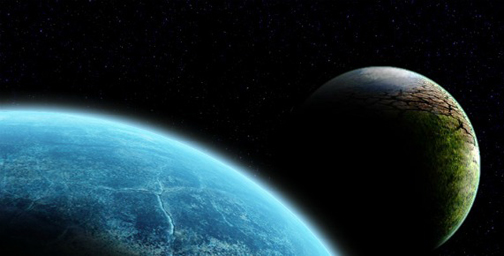 The waxing obsession with Nibiru, which conspiracy theorists say is a planet swinging in from the outskirts of our solar system that is going to crash into Earth and wipe out humanity in 2012 — or, in some opinions, 2011 — shows that an astonishing number of people “are watching YouTube videos and visiting slick websites with nothing in their skeptical toolkit,” in the words of David Morrison, a planetary astronomer at NASA Ames Research Center and senior scientist at the NASA Astrobiology Institute and NASA Lunar Science Institute.

Morrison estimates that there are 2 million websites discussing the impending Nibiru-Earth collision. He receives, on average, five email inquiries about Nibiru every day. “At least a once a week I get a message from a young person ― as young as 11 ― who says they are ill and/or contemplating suicide because of the coming doomsday,” Morrison said.

The idea that doomsday will result from a planetary collision was first proposed in 1995 by Nancy Lieder, a self-described “contactee.” Lieder claims she has the ability to receive messages through an implant in her brain from aliens in the Zeta Reticuli star system. On her website, ZetaTalk, she stated that she was chosen to warn mankind of an impending planetary collision which would wipe out humanity in May 2003. (When no such cataclysmic event occurred, Lieder’s followers chose 2012 as the new date for the Nibiru collision, which coincides neatly with other doomsday prophecies focused on the ending of the Mayan calendar.)

The biggest missing link in the doomsday prophecy is Nibiru itself. Because no giant, rogue planet has been found in the outer solar system to play the role of Nibiru, some conspiracy theorists have decided that a small comet called Elenin, which will pass nearest Earth in October 2011, is actually Nibiru. Even then, though, scientists say Elenin will come no closer than 100 times farther than the distance from Earth to the moon.

“The fact is that these folks are constantly changing their story,” Morrison wrote in an email. “For some, Nibiru is no longer the Sumerian god or planet that is supposed to be returning to Earth in late 2012. It has become a catchword for almost any cosmic catastrophe.”

Internet rumors about Elenin began spreading earlier this year. Its approach to Earth was blamed for shifting the Earth’s axis by 3 degrees in February, precipitating the Chile earthquake, then shifting the pole even more to trigger the Japan quake in March. “Ignoring plate tectonics as the cause of earthquakes, they suggest that the comet exerted strong gravitational or electromagnetic effects on our planet,” Morrison wrote.

When scientists pointed out that the comet is a mere 3-mile-wide glob of ice with no magnetic field and that it won’t even pass very near Earth — and that plate tectonics, not comets, cause earthquakes — rumors began to circulate that NASA was withholding information about Elenin.

“Ironically, the inconspicuous nature of this comet plays into some of the conspiracy theories,” Morrison pointed out. “For people who are convinced the comet did cause the earthquakes, this proves that Elenin is not a comet at all, but a much more massive, and dangerous, interloper.” Conspiracy theorists began speculating that the comet is Nibiru in disguise — a planet or even an enormous brown dwarf star.

In fact, Elenin is a textbook comet; it has visible “coma,” or nucleus, and a long tail made of vaporizing ice. If it were a brown dwarf, “it would not have a coma or tail, because the gas cannot escape from an object with substantial gravity. In addition, if it were massive we would be seeing its gravitational influence on the orbits of the planets, especially Mars and Earth, but there is no change in these orbits,” Morrison wrote. “Finally, if it were a brown dwarf it would have been easily detected in various previous astronomical surveys, including the recent WISE infrared mission, even when it was still in the outer solar system,” he wrote.

The fact that the comet isn’t headed our way is overlooked by most conspiracy theorists, while others say its path is going to change. “[Some] websites suggest that the comet is accompanied by a giant UFO, which controls its orbit,” Morrison told us; in effect, who cares if Elenin doesn’t seem to be headed in our direction — it’ll be steered here.

Morrison offered some advice to those who are interested in astronomy or are worried about impending collisions. “If [a story] is real, it is likely to be in regular news media, not just posted on some website,” he told us. Furthermore, “not everyone who claims on YouTube to be a scientist or an employee of NASA is. But there is no simple way to distinguish truth from lies.”

The Nibiru conspiracies are so nonsensical that Morrison wonders whether even their purveyors believe them. Because many websites sell Nibiru books, tapes and even “survival kits,” Morrison thinks they are purposely taking advantage of people who aren’t able to distinguish credible sources from crackpot ones. “This is especially a problem for young people, which is why I am so angry at those who target children,” he said.

Read the entire story from Natalie Wolchover at lifeslittlemysteries.com!