Recognizing that science and exploration go hand in hand, NASA created SSERVI in 2013, expanding the scope of the former NASA Lunar Science Institute to include basic and applied scientific research on the Moon, near Earth asteroids, and the Martian moons Phobos and Deimos. The Eugene Shoemaker Distinguished Scientist medal, Michael J. Wargo Award, Susan Mahan Niebur award, and Angioletta Coradini Award recognize outstanding achievement in exploration science. The winners are nominated by their academic peers, and selected by SSERVI Director Yvonne Pendleton. The awards will be presented along with invited lectures from the recipients at the 2017 Exploration Science Forum (ESF) taking place July 18-20 at the NASA Research Park at NASA Ames Research Center in Moffett Field, Calif.

The 2017 Eugene Shoemaker Distinguished Scientist Medal, named after American geologist and one of the founders of planetary science, Eugene Shoemaker, is awarded to Dr. Maria Zuber at Massachusetts Institute of Technology for her significant scientific contributions throughout the course of her career. The award includes a certificate and medal with the Shakespearian quote “And he will make the face of heaven so fine, that all the world will be in love with night.”

Maria Zuber’s research focuses on the structure and tectonics of solid solar system objects. She specializes in using gravity and laser altimetry measurements to determine interior structure and evolution and has been involved in more than half a dozen NASA planetary missions aimed at mapping the Moon, Mars, Mercury, as well as several asteroids. She was principal investigator for the Gravity Recovery and Interior Laboratory (GRAIL) and as such became the first woman to lead a NASA spacecraft mission. 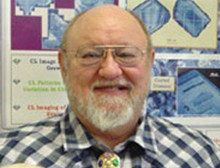 The Michael J. Wargo Exploration Science Award is an annual award given to a scientist or engineer who has significantly contributed to the integration of exploration and planetary science throughout their career. Dr. Michael Wargo (1951-2013) was Chief Exploration Scientist for NASA’s Human Exploration and Operations Mission Directorate and was a strong advocate for the integration of science, engineering and technology. The 2017 Michael J. Wargo Exploration Science Award is given to Dr. Lawrence (Larry) Taylor at the Planetary Geosciences Institute of the University of Tennessee, Knoxville.

Lawrence Taylor has studied lunar rocks and soils continuously since Apollo 11, and even participated in advising the Apollo Astronauts during their EVAs on the Moon. His studies of the chemical, physical, & geotechnical properties of lunar regolith have led to several significant geotechnical discoveries on In-Situ-Resource-Utilization of lunar materials for establishment of a lunar settlement. More recently, his efforts have expanded into meteorites as many new lunar and Martian meteorites found in the Antarctic and equatorial hot deserts have provided renewed interest and excitement for these heavenly bodies. His zeal for a human-return to the Moon goes unabated.

SUSAN MAHAN NIEBUR EARLY CAREER AWARD
The Susan Mahan Niebur Early Career Award is an annual award given to an early career scientist who has made significant contributions to the science or exploration communities. Recipients of the Susan M. Niebur Early Career Award are researchers who are no more than ten years from receiving their PhD, who have shown excellence in their field and demonstrated meaningful contributions to the science or exploration communities. Susan Mahan Niebur (1978-2012) was a former Discovery Program Scientist at NASA who initiated the first ever Early Career Fellowship and the annual Early Career Workshop to help new planetary scientists break into the field. This year the prize is presented to two outstanding scientists, Adrienne Dove at the University of Central Florida, and Samuel Lawrence at the Astromaterials Research and Exploration Science Division at NASA’s Johnson Space Center. 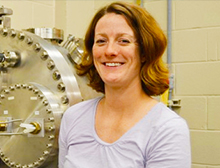 Dr. Dove’s research focuses on planetary sciences and dusty plasmas in the solar system. Her laboratory research on microgravity and dusty plasmas, collisions, and planet formation is helping resolve fundamental mechanisms of dust charging and transport, which have been puzzling scientists for decades. 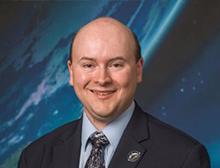 Dr. Lawrence is an expert in exploration science and extraterrestrial materials, a Co-Investigator on the Lunar Reconnaissance Orbiter Camera science team, and an active member of the Executive Committee of the Lunar Exploration Analysis Group, working to enable human exploration of the Moon and other destinations. 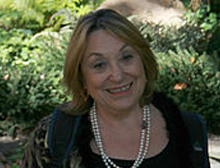 About Angioletta Coradini
Angioletta Coradini (1946-2011) was an Italian planetary scientist who has inspired astronomers around the world. She was a Co-investigator for NASA lunar and planetary research (1970–74); a member of the Science Team for the CIRS and VIMS instruments, and PI of the VIMS visible channel, Cassini-Huygens mission (1991–2011), and Coordinator of the Moon Orbiting Observatory (MORO) proposal and member of the MORO science team (1993–96); and PI of the Jiram Instrument for the NASA New Frontiers Juno mission (2005–11) among many other activities.

Congratulations to Maria Zuber, Lawrence Taylor, Adrienne Dove and Samuel Lawrence for their achievements and contributions. “We look forward to future scientific discoveries from each of these individuals,” said Yvonne Pendleton, Director of SSERVI. “Their outstanding research efforts are vital to the ambitious activities we hope to achieve in exploring the solar system with robots and humans.”

The SSERVI awards are open to the entire research community; recipients need not reside in the U.S. nor be a U.S. citizen. Nominations are welcome at any time at: [https://sservi.nasa.gov/nominations] but must be submitted by March 15 for consideration in that calendar year. Winners are formally presented with the awards at the annual Exploration Science Forum each summer.