Recognizing that science and exploration go hand in hand, NASA created SSERVI in 2013, expanding the scope of the former NASA Lunar Science Institute to include basic and applied scientific research on the Moon, near Earth asteroids, and the Martian moons Phobos and Deimos.

The Eugene Shoemaker Distinguished Scientist medal, Michael J. Wargo Award, Susan Mahan Niebur Award, and Angioletta Coradini Award recognize outstanding achievement in exploration science. The winners are nominated by their academic peers and are selected by a committee based at SSERVI’s central office. The awards will be presented along with invited lectures from the recipients at the 2020 NASA Exploration Science Virtual Forum (NESF) taking place July 8-10.

EUGENE SHOEMAKER DISTINGUISHED SCIENTIST MEDAL
The 2020 Eugene Shoemaker Distinguished Scientist Medal, named after American geologist and one of the founders of planetary science, Eugene Shoemaker (1928-1997), is awarded to Bradley L. Jolliff for his significant scientific contributions throughout the course of his career. The award includes a certificate and medal with the Shakespearian quote “And he will make the face of heaven so fine, that all the world will be in love with night.” 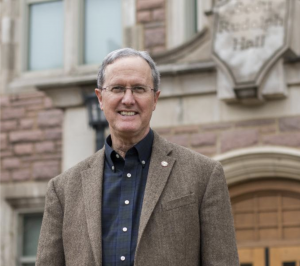 Dr. Bradley L. Jolliff is Professor of Earth and Planetary Sciences and Director of the McDonnell Center for Space Sciences at Washington University. He received his Ph.D. from South Dakota School of Mines and Technology, and his research is focused on the study of minerals and rocks of the Earth, Moon, Mars, and meteorites, and what they reveal about conditions of formation and planetary processes over the past 4.5 billion years. As a member of the Lunar Reconnaissance Orbiter Camera science team, he investigates the surface of the Moon, relating what can be seen from orbit to what is known about the Moon through the study of lunar meteorites and Apollo samples. He has made significant scientific contributions in sample analysis, surface science, and remote sensing, as well as laboratory studies. Professor Jolliff also leads the Washington University team that is part of NASA’s Apollo Next Generation Sample Analysis (ANGSA) program. SSERVI is very pleased to present Professor Jolliff with the 2020 Eugene Shoemaker Distinguished Scientist Medal. 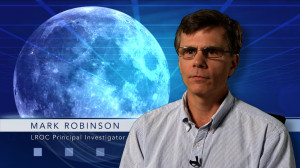 Dr. Robinson is a Professor of Geological Sciences in ASU’s School of Earth and Space Exploration, a member of the NASA Advisory Council, and serves as the Principal Investigator for the imaging system on NASA’s Lunar Reconnaissance Orbiter. LRO has collected a treasure trove of data, making an invaluable contribution to our knowledge about the Moon, and Dr. Robinson’s stewardship has enabled numerous groundbreaking discoveries that have created a new picture of the Moon as a dynamic and complex body.

Throughout his career, Dr. Robinson’s investigations have used a variety of remote sensing techniques and datasets from a dozen NASA missions. He worked on the Clementine mission–the first U.S. spacecraft launched to the Moon in over 20 years– which provided our first complete look at the lunar surface, including the poles, and found evidence of ice in the bottom of a permanently shadowed crater at the Moon’s south pole. His collaborative research on old data resurrected from the Mariner 10 mission to Mercury (1973-1975) extracted compositional information about the surface rocks that had lain hidden in the old data for roughly 20 years.

Much of his current research efforts focus on expanding on our knowledge of the lunar surface, paving the way for future human and robotic exploration of the Moon. His discoveries and research developments have set up a scientific framework through which to challenge and improve our understanding of processes throughout the solar system. SSERVI is pleased to present Mark Robinson with the 2020 Michael J. Wargo Exploration Science Award. 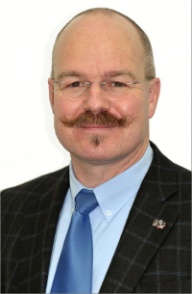 Professor Hiesinger is a member of both the American and European Geophysical Unions, and the Geologic Society of America. He has been recognized with multiple Achievement Awards from the European Space Agency, and has received NASA Group Achievement Awards as part of the Dawn Mission Science Team and the Lunar Reconnaissance Orbiter (LRO) Team. In 2014 the International Astronomical Union named asteroid 26811 Hiesinger after him.

Prof. Hiesinger has been a strong collaborator with SSERVI and its research teams; his research into planetary processes and the geologic evolution of terrestrial planets and moons has advanced our understanding of the lunar chronology and helped constrain the age of the South Pole-Aitken basin and other potential lunar landing sites. He recently detailed Mission preparations for Commercial In-Situ Resource Utilization Demonstration and is engaged in wide array of other projects. In addition to being widely published and credited with numerous journal articles, his many contributions and achievements make him a highly worthy recipient of the 2020 Angioletta Coradini Mid-Career Award.

SUSAN MAHAN NIEBUR EARLY CAREER AWARD
The 2019 Susan Mahan Niebur Early Career Award is an annual award given to an early career scientist who has made significant contributions to the science or exploration communities. Recipients of the Susan M. Niebur Early Career Award are researchers who are no more than ten years from receiving their Ph.D., who have shown excellence in their field and demonstrated meaningful contributions to the science and/or exploration communities. Susan Mahan Niebur (1978-2012) was a former Discovery Program Scientist at NASA who initiated the first-ever Early Career Fellowship and the annual Early Career Workshop to help new planetary scientists break into the field. This year the prize is presented to Dr. Ryan Watkins, a Research Scientist with the Planetary Science Institute (PSI), and Prof. Amy Fagan, a former Postdoctoral Fellow at the Lunar and Planetary Institute now at Western Carolina University. 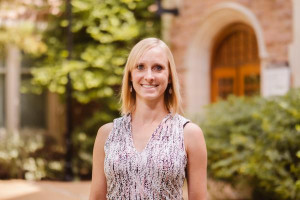 Dr. Watkins’ research focuses on integrating remote sensing data sets to characterize the physical and compositional properties of airless bodies, with particular emphasis on the lunar surface. She specializes in using photometry to understand physical and compositional properties of the lunar surface, and in integrating planetary data sets to assess landing site safety hazards for future missions. Dr. Watkins obtained dual B.S. degrees in Physics and Space Science from the Florida Institute of Technology in 2010, and her Ph.D. in Earth and Planetary Science from Washington University in St. Louis in 2015. Before joining PSI as a Research Scientist, she served as a Postdoctoral Research Associate at Washington University in St. Louis with Dr. Bradley Jolliff.

Dr. Watkins is actively engaged in service and leadership within the planetary science community. She serves on the Organizing Committee for the Next Generation Lunar Scientists and Engineers (NextGen) group, on the Executive Committee for the Lunar Exploration Analysis Group (LEAG), on the Steering Committee for the Equity, Diversity, and Inclusion (EDI) Working Group, and on Blue Origin’s Science Advisory Board for their Blue Moon lander project. In addition to research and planetary community service, Dr. Watkins regularly participates in Education and Public Outreach in her local community, and with the Solar System Exploration Virtual Institute (SSERVI) Toolbox for Research and Exploration (TREX) team. SSERVI is very pleased to present the Susan Niebur award to Dr. Ryan Watkins. 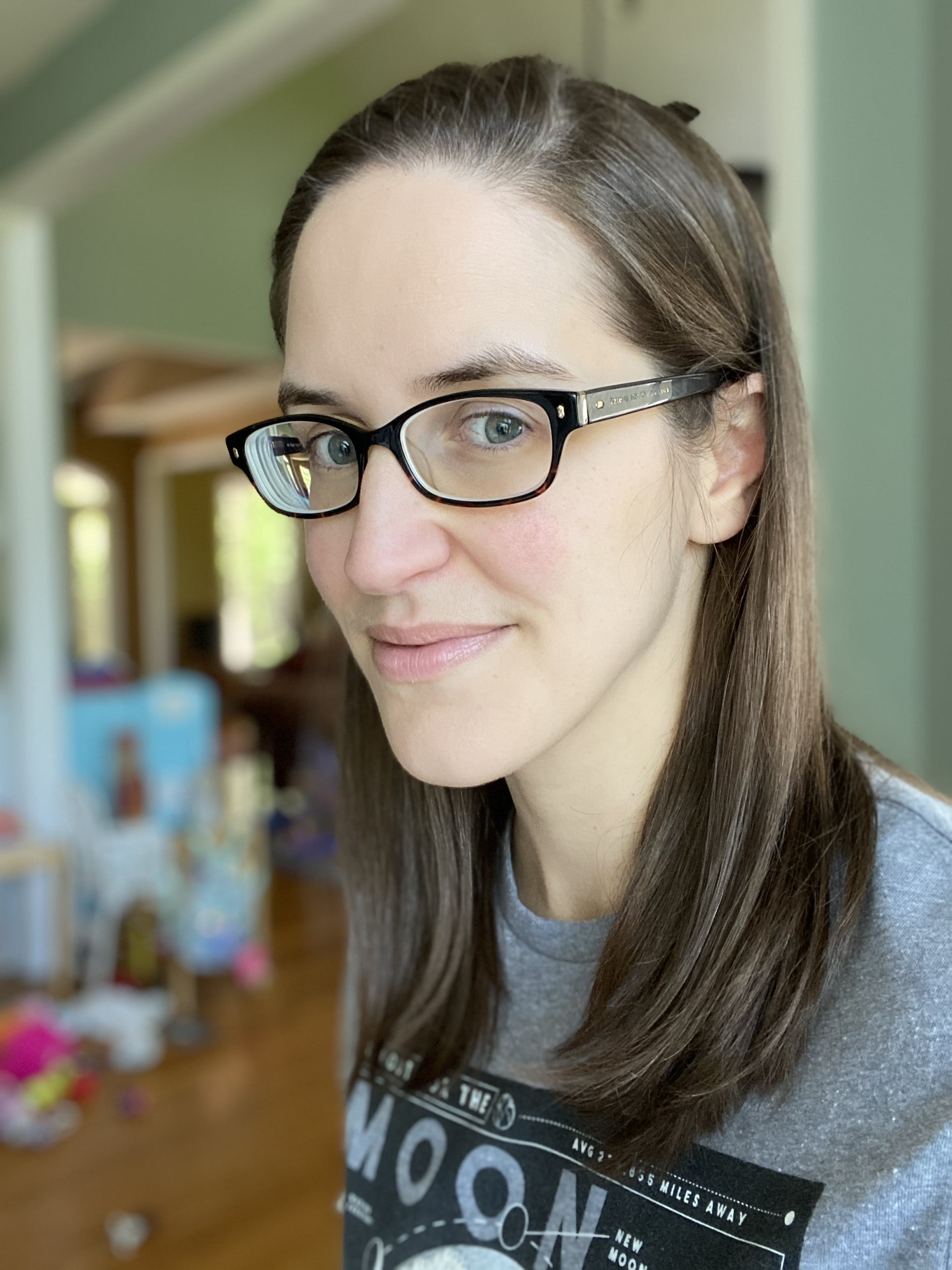 Professor Amy Fagan received her B.S. in Geology with Honors from Washington and Lee University in 2006, and her Ph.D. in Lunar Petrology from University of Notre Dame in 2013. Prof. Fagan’s doctoral research under the guidance of Dr. Clive Neal focused on volcanic and impact processes on Mars and the Moon. Using Mars Orbiter Laser Altimeter (MOLA) data, she examined the morphology of impact craters and subglacial volcanoes on Mars’ surface, while the bulk of her research examined the chemical composition of Apollo basalts and impact melt products.

In 2009, she was a Lunar Exploration Student Intern Supervised by Dr. David Kring, as part of SSERVI’s Center for Lunar Science and Exploration (CLSE) Team, quickly rising to the level of graduate student researcher, and then postdoctoral fellow. In 2012 she received the Lunar and Planetary Institute Career Development Award.

Her service to the professional activities of this community has been exemplary: She has served on several NASA Science Mission Directorate Review Panels; as a NASA Lunar Exploration Analysis Group (LEAG) member and Operations Chair; a COSPAR Rapid Response Specific Action Team Member; a LPSC Session Co-Chair; a NESF Co-Organizer, Session Co-Chair, and Panel Member; was a Co-organizer of the first annual Lunar graduate student conference (LunGradCon) at NASA Ames in 2010, and Co-organizer of the annual Next Generation of Lunar Scientists and Engineers (NGLSE) workshop. Dr. Fagan is now Associate Professor in the Geosciences and Natural Resources Department at Western Carolina University, and is currently a NASA Apollo Sample Principal Investigator. SSERVI is honored to present the Susan Niebur award to Professor Amy Fagan.

Congratulations to Drs. Jolliff, Robinson, Hiesinger, Watkins and Fagan for their achievements and contributions!

“Each of these extremely dedicated individuals has helped advance our scientific understanding of the Moon and other target bodies,” said Greg Schmidt, Director of SSERVI. “Their outstanding research efforts are vital to the ambitious activities we hope to achieve in exploring the Solar System with robots and humans.”

SSERVI awards are open to the entire research community; recipients need not reside in the U.S. nor be a U.S. citizen. Nominations are welcome at any time at: https://sservi.nasa.gov/awards/submit but must be submitted by March 31st for consideration in that calendar year. Winners are formally presented with the awards at the annual Exploration Science Forum each summer.