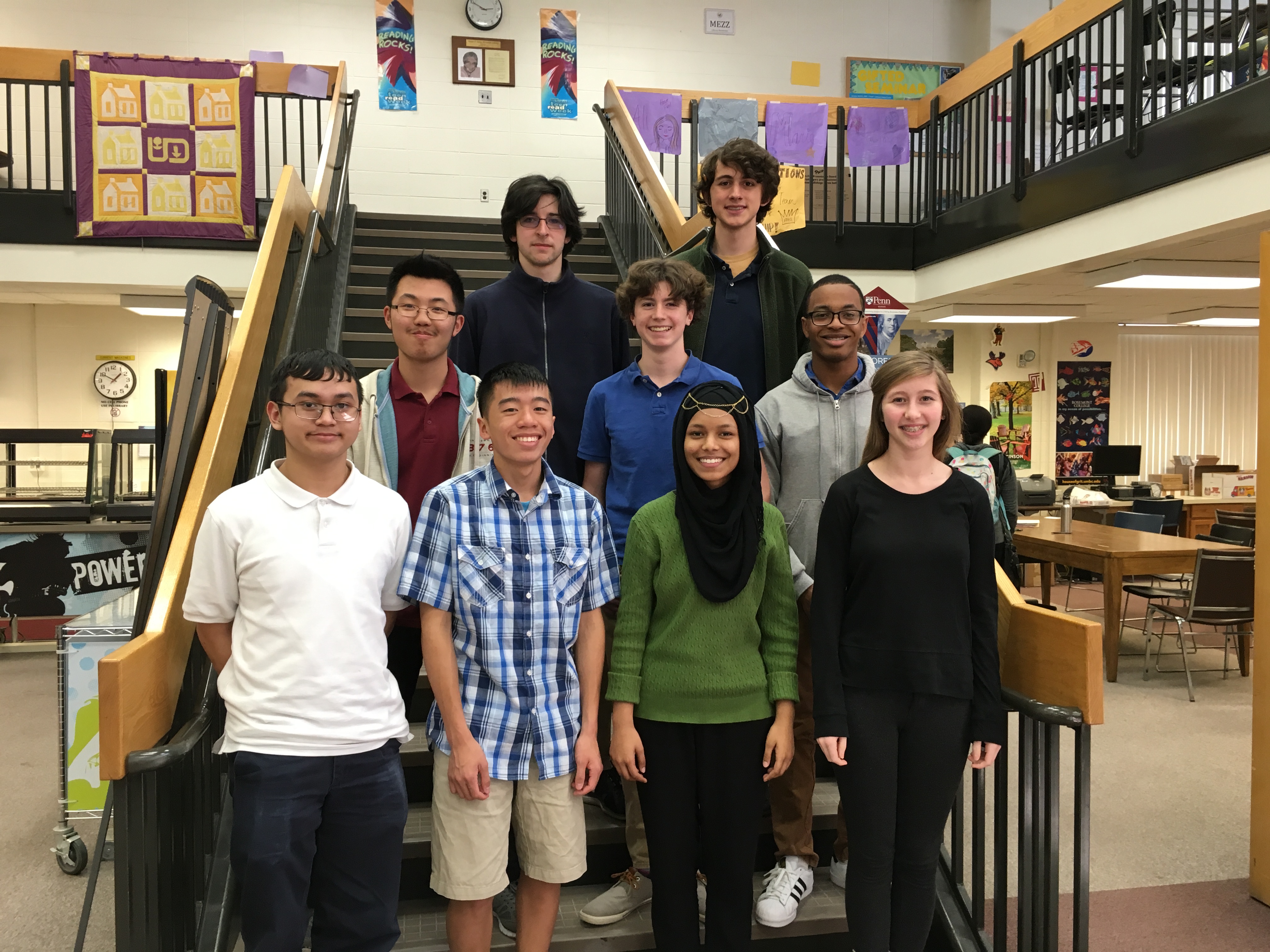 The Center for Lunar Science and Exploration (CLSE), a joint effort between the Lunar and Planetary Institute (operated by the Universities Space Research Association for NASA) and NASA’s Johnson Space Center, awarded the top honor to a team of high school students from Upper Darby High School, in Drexel Hill, Pennsylvania, in the national research competition for the Exploration of the Moon and Asteroids by Secondary Students (ExMASS) program.

Selected by a panel of planetary scientists, the team’s project results determined the thickness of lava flows (basalt) that filled a large impact basin on the lunar surface beneath the Apollo 11 landing site.

“Upper Darby High School’s success in the ExMASS program accentuates the ability of high school students to conduct scientific research when given the opportunity,” says Andy Shaner, Education Lead for the CLSE. “No matter the outcome of their research, participation in this program builds students’ confidence in pursuing a STEM career.”

Forty-three students from 10 high schools across the country participated in the ExMASS program managed by the CLSE, a member of the NASA Solar System Exploration Research Virtual Institute (SSERVI).

Student teams, paired with a scientist advisor, embarked on authentic, data-rich, scientific research experiences of the Moon and asteroids that cover the breadth of NASA SSERVI science and exploration goals, and CLSE research priorities.

ExMASS builds on its predecessor, the highly successful CLSE High School Lunar Research Projects program, which ran from 2009 to 2013 and involved approximately 240 students throughout the United States.

Universities Space Research Association is an independent, nonprofit research corporation where the combined efforts of in-house talent and university-based expertise merge to advance space science and technology. USRA works across disciplines including biomedicine, planetary science, astrophysics, and engineering and integrates those competencies into applications ranging from fundamental research to facility management and operations. USRA engages the creativity and authoritative expertise of the research community to develop and deliver sophisticated, forward-looking solutions to Federal agencies and other government sponsors.

The Lunar and Planetary Institute (LPI), a division of the Universities Space Research Association, was established during the Apollo missions to foster international collaboration and to serve as a repository for information gathered during the early years of the space program. Today, LPI is an intellectual leader in lunar and planetary science. The Institute serves as a scientific forum attracting world-class visiting scientists, postdoctoral fellows, students, and resident experts; supports and serves the research community through newsletters, meetings, and other activities; collects and disseminates planetary data while facilitating the community’s access to NASA science; and engages and excites, and educates the public about space science and invests in the development of future generations of explorers. The research carried out at LPI supports NASA’s efforts to explore the solar system.