Research by SSERVI’s IMPACT team, lead by Mihaly Horanyi at the University of Colorado in Boulder CO, was recently published in the Journal of Visual Experiments (JOVE).

Introduction
Airless planetary bodies, such as the Moon and asteroids, are covered with fine dust particles called regolith. These airless bodies, unlike Earth, are directly exposed to solar wind plasma and solar ultraviolet (UV) radiation, causing the regolith dust to be charged. These charged dust particles may therefore be mobilized, lofted, transported, or even ejected and lost from the surface due to electrostatic forces. The first
suggested evidence of this electrostatic process was the so-called “lunar horizon glow”, a distinct glow above the western horizon observed shortly after sunset by Surveyor 5, 6, and 7 spacecraft five decades ago. It has been hypothesized that this glow was caused by sunlight scattered off from electrostatically lofted dust particles to a height < 1 m above the surface near the lunar terminator. Electrostatically released fine dust was also suggested to be responsible for the ray-like streamers reaching a high altitude reported by the Apollo astronauts. Ever since these Apollo observations, a number of observations over other airless bodies were also linked to the mechanisms of electrostatic dust mobilization or lofting, such as the radial spokes in the Saturn's rings, the dust ponds on asteroid Eros and comet 67P, the porous surfaces indicated from the main-belt asteroid spectra, the unusually smooth surface of Saturn's icy moon Atlas, and the regolith at the lunar swirls. In addition, the degradation of the laser retroreflectors on the lunar surface may be also caused by the accumulation of electrostatically lofted dust. 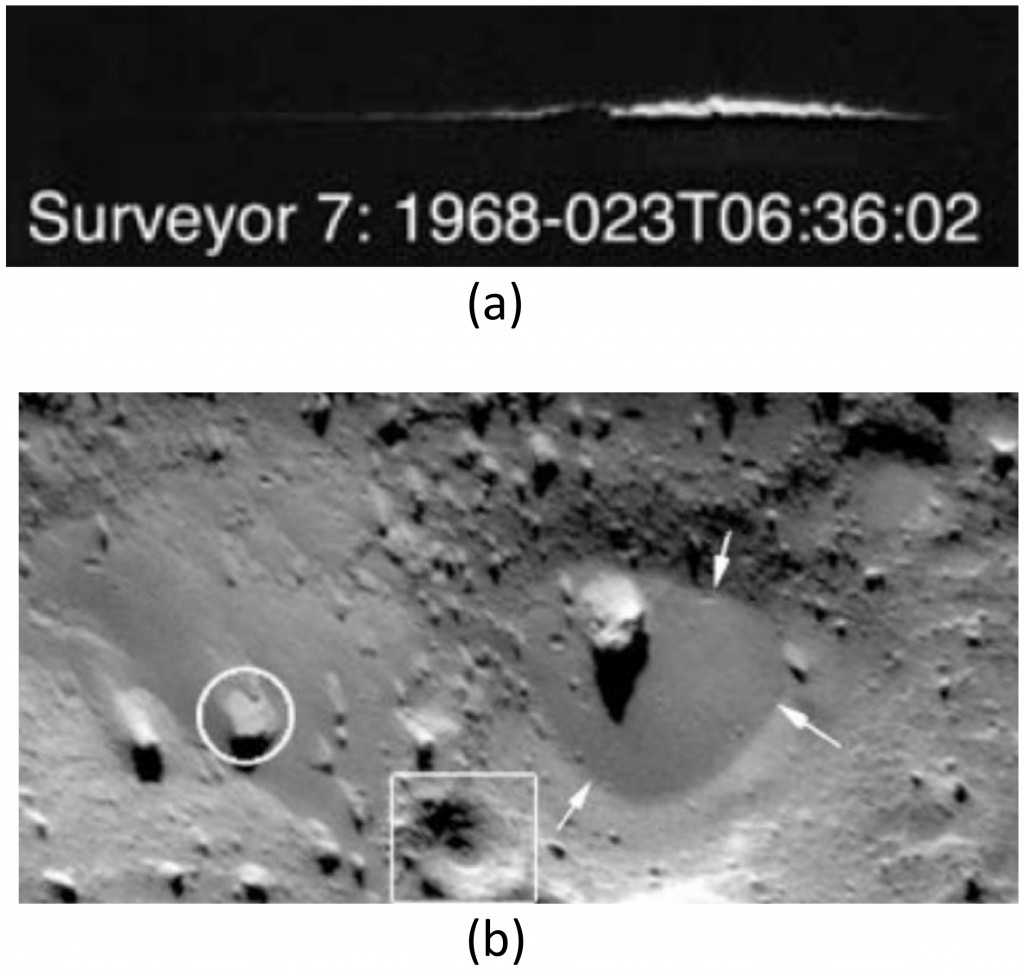 Laboratory studies have been largely motivated by these unusual space observations in order to understand the physical processes of dust charging and transport. Dust mobilization has been observed in various plasma conditions, in which dust particles are shed off from a glass sphere surface, levitated in plasma sheaths, and recorded to move on both conducting and insulating surfaces. However, how dust particles gain large enough charges to be lofted or mobilized remained poorly understood. The measurements of the charges on individual dust particles on a smooth surface and the average charge density on a dusty surface immersed in plasmas show that the charges are far too small for dust particles to be lofted or mobilized.

In the prior theories, the charging was only considered to occur on the top surface layer that is directly exposed to UV or plasma. Charges are often considered to be distributed uniformly over the entire dusty surface, i.e., each individual dust particle acquires the same amount of charge, described by the so-called “shared charge model”. However, the charges calculated from this model are much smaller than the gravitational force alone. A charge fluctuation theory that accounts for the stochastic process of the fluxes of electrons and ions to the surface shows a temporal enhancement in the electrostatic force, but it remains small in comparison to the gravitational force.

In this paper, electrostatic dust lofting and mobilization is demonstrated using three recently developed experiments, which are important for understanding dust transport on the regolith of airless planetary bodies. These experiments are performed in the conditions of thermal plasma with beam electrons, beam electrons only or UV radiation only. These experiments demonstrate the validity of the recently developed “patched
charge model”, in which microcavities formed between neighboring dust particles below the surface can re-absorb the emitted photo and/or secondary electrons, generating large negative charges on the surfaces of the neighboring dust particles. The repulsive forces between these negative charges can become large enough to mobilize or lift off the dust particles.