SSERVI teams address scientific and technology development questions pertaining to the Moon, near-Earth asteroids, the Martian moons Phobos and Deimos, and their near space environments. Although primarily addressing plans described in their proposals, they also partner with other SSERVI teams and SSERVI international partners to create cross-disciplinary efforts beyond their original efforts.

Based and managed at NASA’s Ames Research Center at Moffett Field, Calif., the institute supports scientific research to complement and extend existing NASA science and technology programs. SSERVI represents an expansion of NASA’s Lunar Science Institute, established at Ames in 2008, to include other solar system human exploration destinations.

The selected SSERVI member teams are:

– Center for Lunar and Asteroid Surface Science (CLASS); principal investigator Dan Britt, University of Central Florida (UCF) in Orlando.
Focus: Regolith of the Moon and asteroids, specifically looking at the physical properties and resources of regolith and its behavior in the space environment. CLASS also will create soil simulants that will help other teams and the broader science community in this research area.
sciences.ucf.edu/class

- Remote, In Situ, and Synchrotron Studies for Science and Exploration 2 (RISE2); principal investigator Timothy Glotch, Stony Brook University in New York.
Focus: This team will investigate how planetary environments impact human health by looking at the chemical reactivity of regolith in association with animal cells and tissues. RISE2 also will analyze how remote sensing datasets can be confirmed through laboratory experiments, analyses, and field deployments.
ris4e.labs.stonybrook.edu

– Resource Exploration and Science of OUR Cosmic Environment (RESOURCE); principal investigator Jennifer Heldmann, NASA’s Ames Research Center in California’s Silicon Valley.
Focus: This team focuses on determining what volatiles are available on the Moon for in-situ resource utilization. It will assess the quantity and availability of resources on the Moon, test the technology required for processing those resources, and field test the concepts of operations required for sustained human lunar presence.
nasa.gov/resource-home

- Institute for Modeling Plasmas, Atmospheres, and Cosmic Dust (IMPACT); principal investigator Mihaly Horanyi, University of Colorado Boulder.
Focus: This team will measure micron-sized dust impacts in icy regolith using the world’s fastest “dust impact” facility, and they will develop hardware to determine secondary particle generation and examine how that hardware degrades over time. IMPACT also will use laboratory experiments to help validate theories of dust and volatile mobility and modeling efforts being completed by other SSERVI teams.
impact.colorado.edu

- Lunar Environment And Dynamics for Exploration Research (LEADER); principal investigator Rosemary Killen, NASA’s Goddard Space Flight Center in Greenbelt, Maryland.
Focus: This team will focus on plasma interactions with airless bodies and determine the effects of the space environment on robotic and human assets at various geographic locations on the Moon. The team also will model the radiation environments and related effects associated with space exploration.
ssed.gsfc.nasa.gov/LEADER

– Center for Lunar Science and Exploration (CLSE); principal investigator David Kring, Lunar and Planetary Institute in Houston.
Focus: Through modeling and geochemical analyses, this team will track the distribution and form of volatiles from the early solar system to the formation of the Moon and subsequent evolution to today. This team will analyze the volatile cycle on the Moon to determine overall source and loss mechanisms and how we can use these resources.
www.lpi.usra.edu/exploration

- Geophysical Exploration Of the Dynamics and Evolution of the Solar System (GEODES); principal investigator Nicholas Schmerr, University of Maryland in College Park.
Focus: This team will use geophysical modeling and laboratory techniques to characterize the overall evolution, stability, and volatile content of the Moon and asteroid subsurfaces. GEODES will test its theories through analog field campaigns in conjunction with other NASA/SSERVI instrument testing efforts.
www.geodes.umd.edu 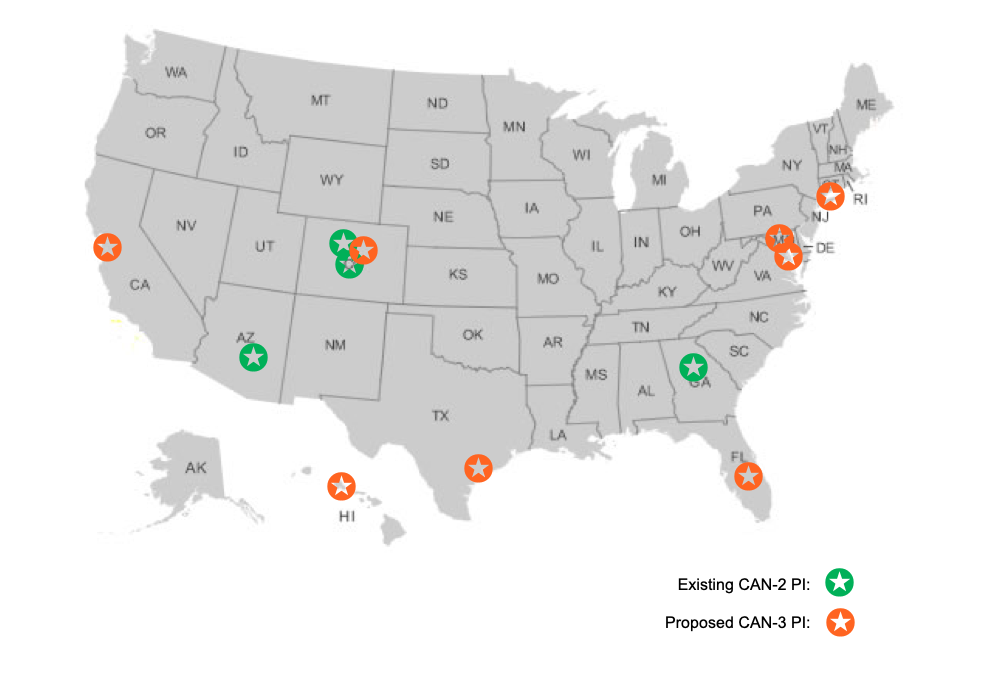